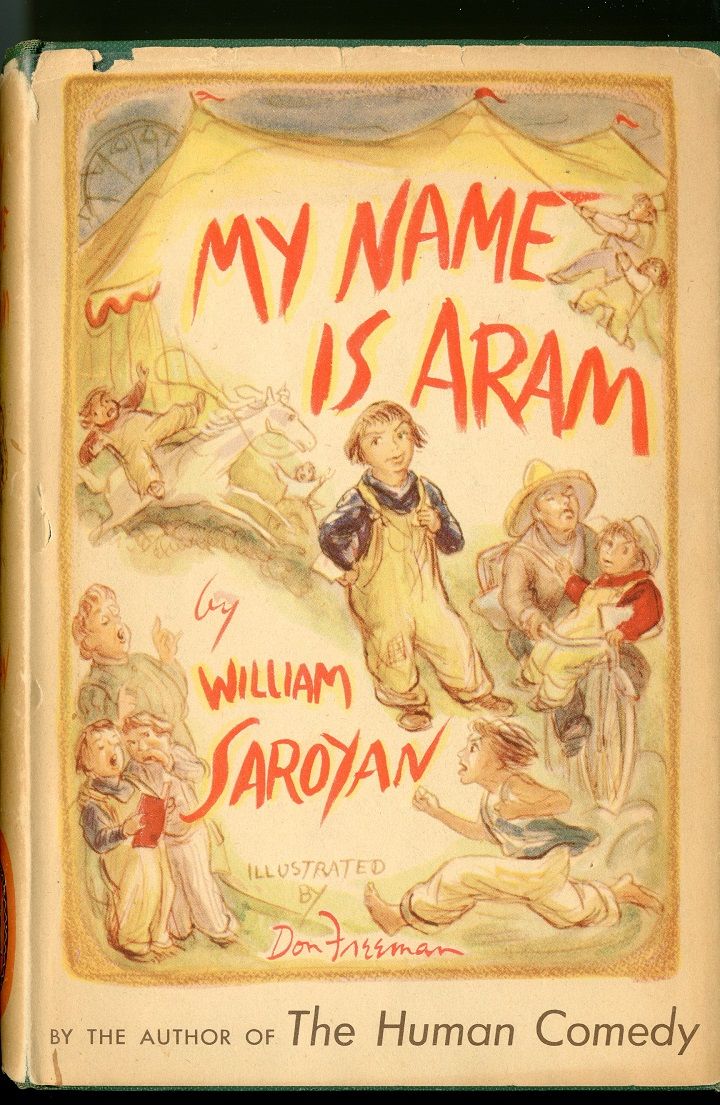 My Name is Aram

Issued as an Armed Services Edition in June 1944. 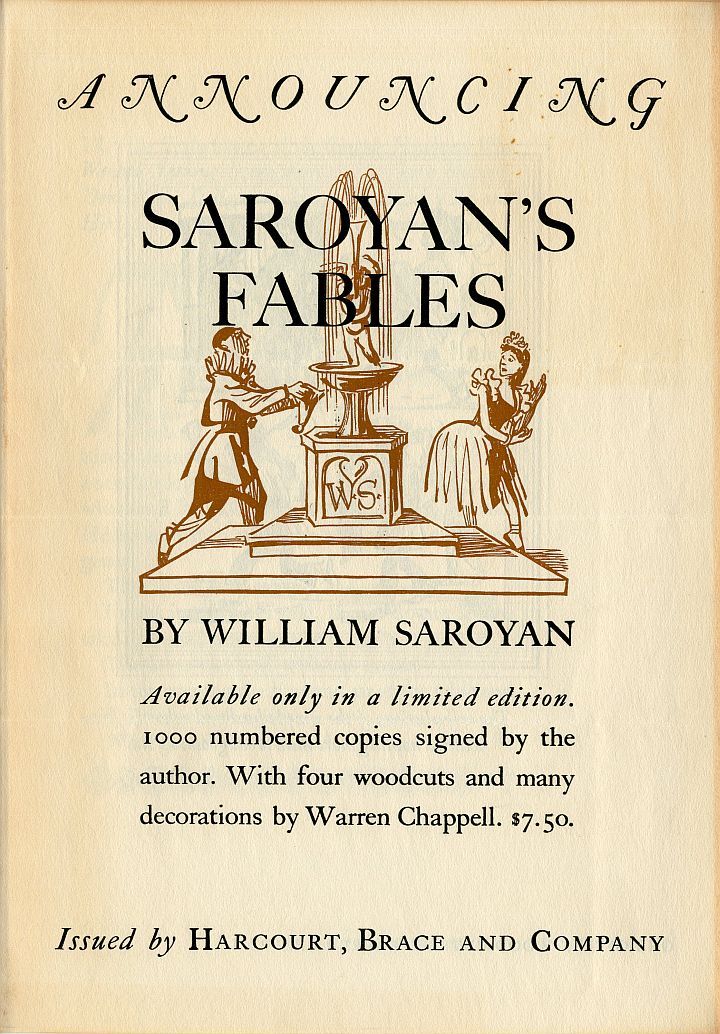 Dedicataed to his uncle Aram.

Issued in an edition of 1000 numbered copies, each signed by the author. 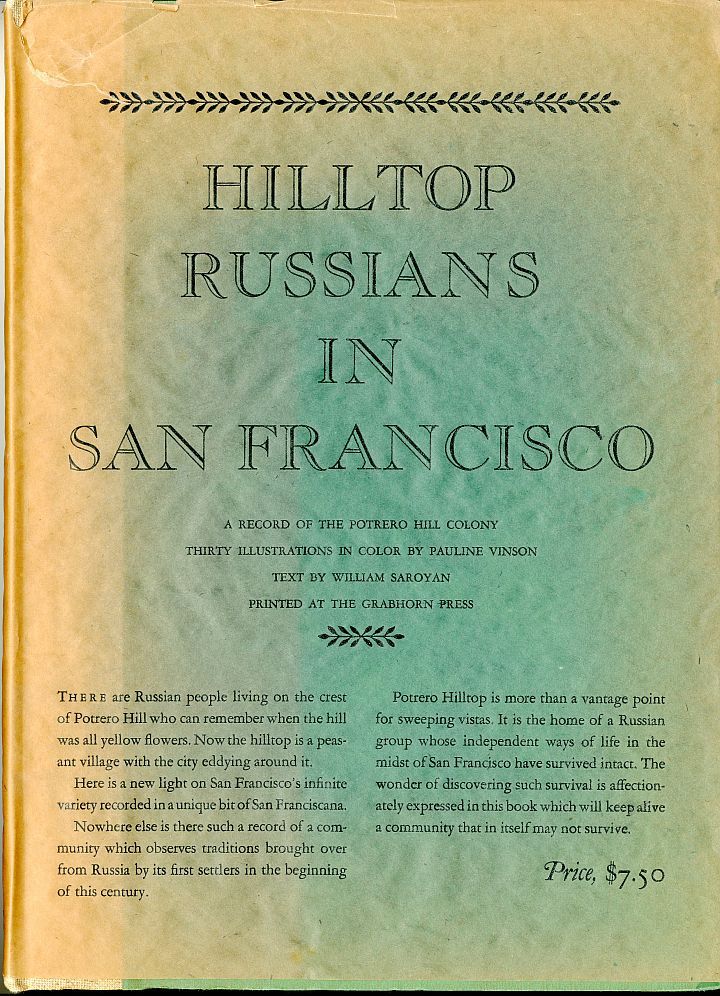 Included in the exhibition of Western Book held by the Rounce and Coffin Club. 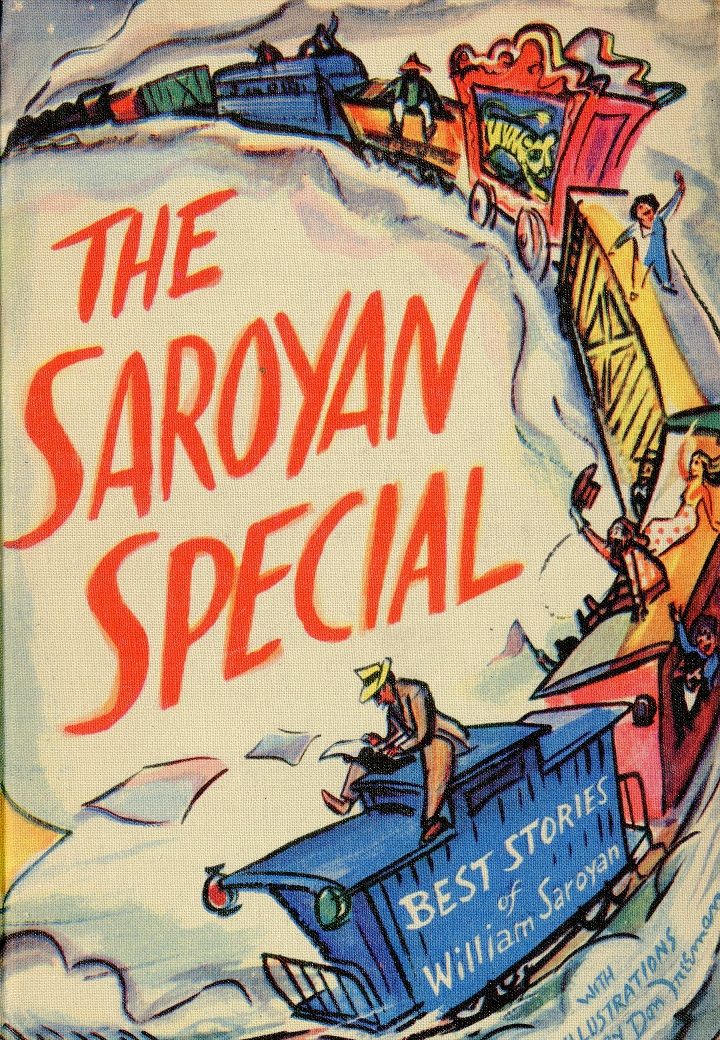 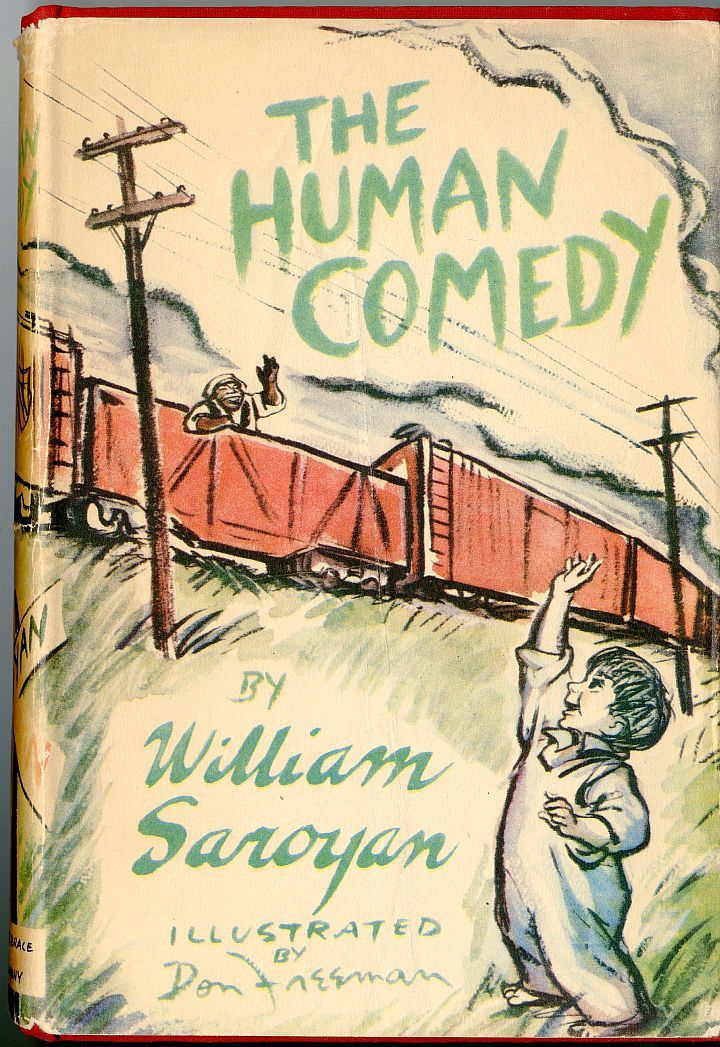 Based on Saroyan's original screenplay written for MGM.

Won the Oscar for Best Story for The Human Comedy in 1944.

Was the March 1943 Book-of-the-Month Club selection.

Issued as an Armed Services Edition in September 1943.

In 1943, Nick Hoffer created La Comédie Humaine, a comic strip based on The Human Comed for  Le Petit Journal,

The Human Comedy was also adapted for an episode of The DuPont Show of the Month in March 1959.

A musical adaptation premiered at Jospeh Papp's Public Theatre in 1983, eventually moving to Broadway in 1984. 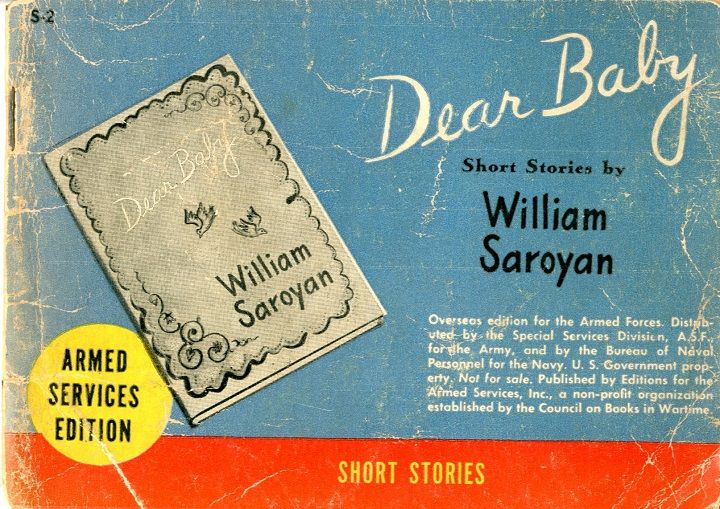 Released as an Armed Services Edition in March 1945 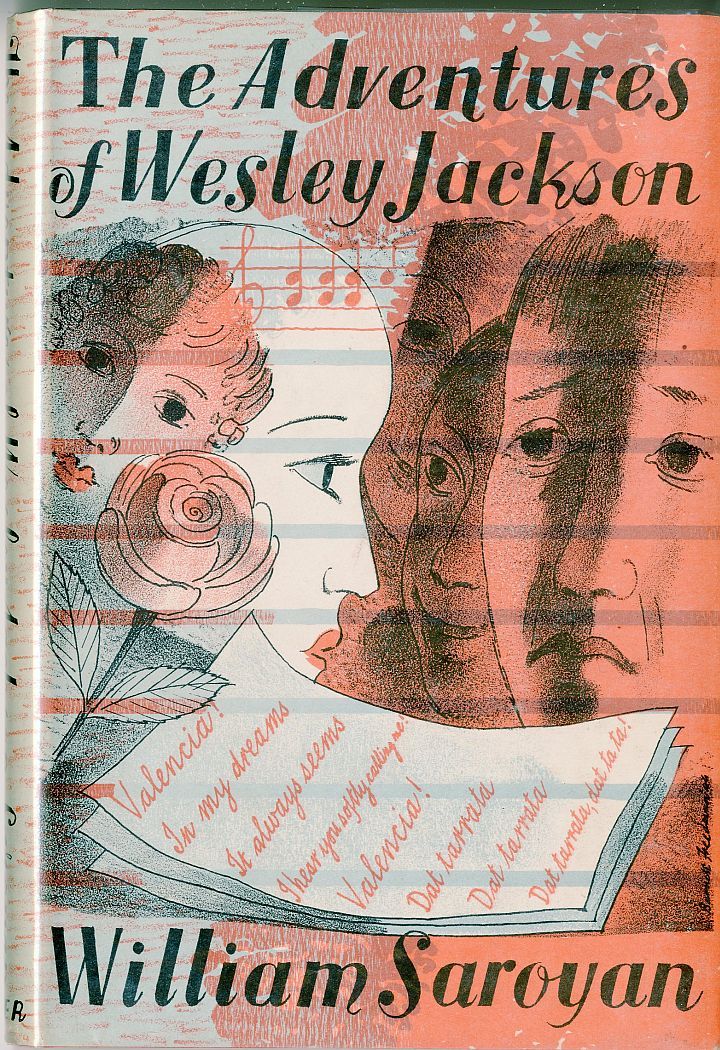 The Adventures of Wesley Jackson

Translated into French and Polish 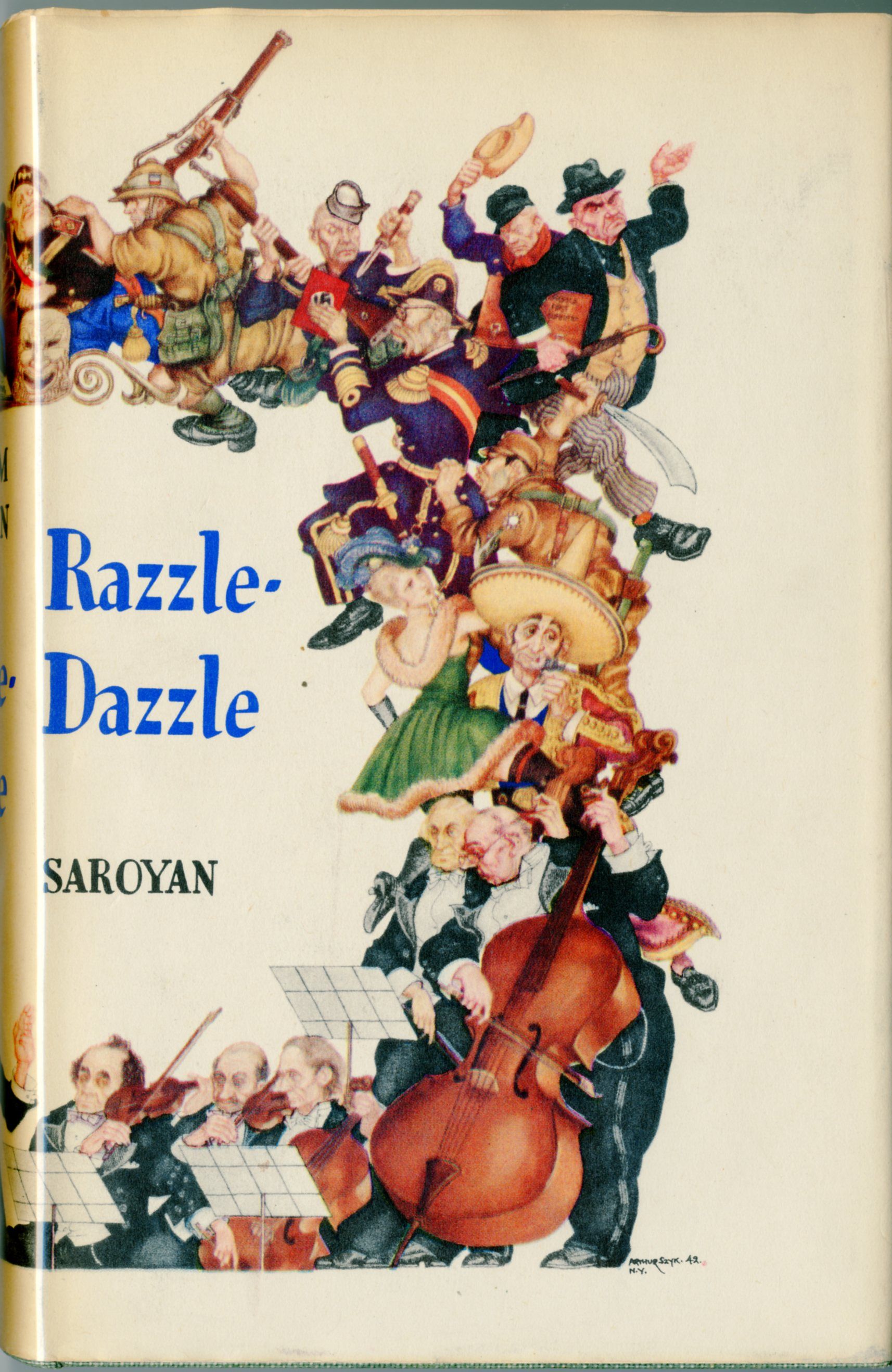 Cover and Frontipiece by Arthur Szyk

Elmer and Lily
The Great American Goof
The Poetic Situation in America
Opera, Opera
Bad Men in the West
The Agony of Little Nations
A Special Announcement
Radio Play
The People with Light Coming Out of Them
There's Something I Got to Tell You
The Ping-Pong Players
The Hungerers
Hello Out There
Coming Through the Rye
Talking to You
Subway Circus