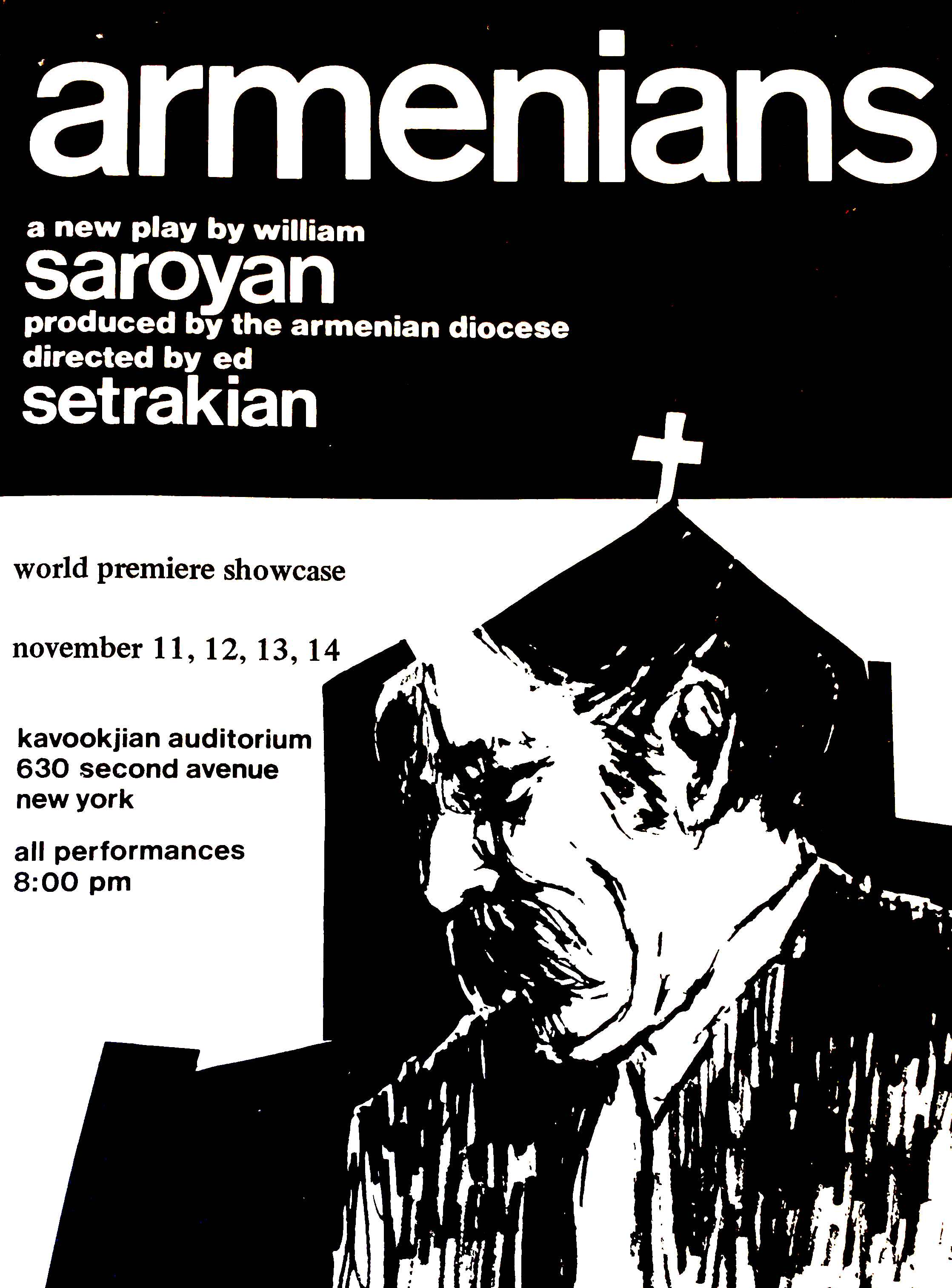 Producer - Diocese of the Armenian Church in America 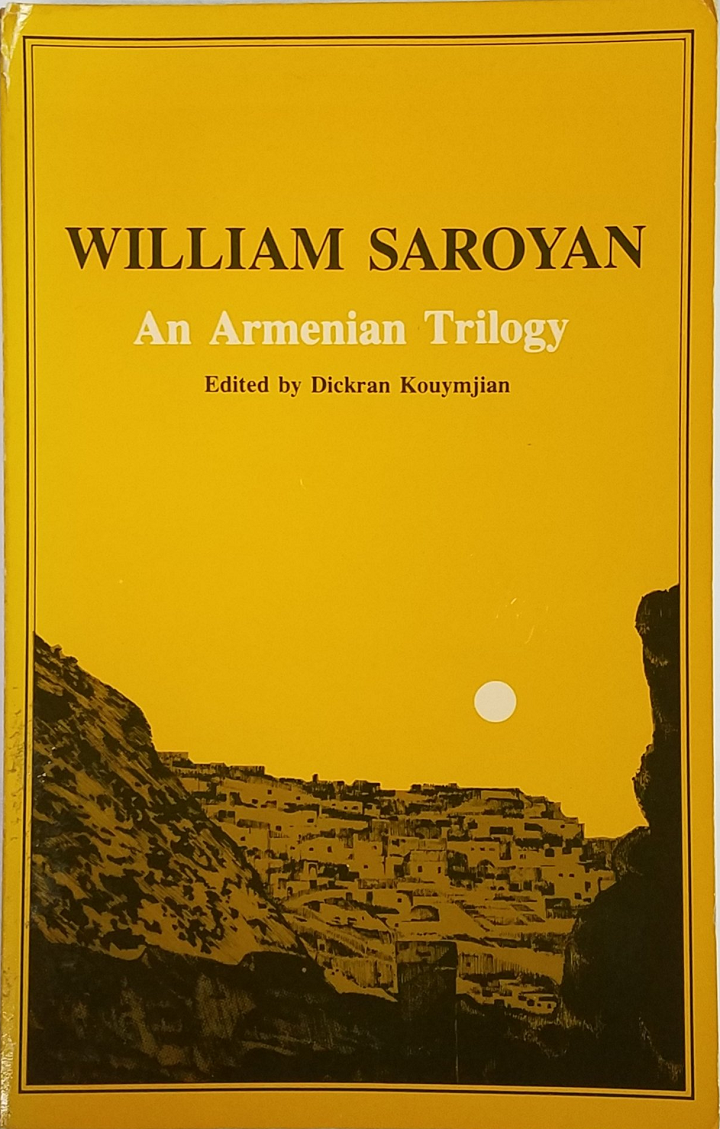 Vahagn Hovannes as Man from Bitlis

Raymond Cole as Man from Moush

Harold Cherry as Man from Van

David Patch as Man from Harpoot

Rudy Bond as Man from Erzeroum

Saul Carollo as Man from Dikranagert

Saroyan wrote an introduction to the play for the program.

Reviewed in the New York Daily News by Patricia O'Haire ("Unfortunately, this play is not really a play, at least not yet."

Also reviewed by Nona Balakian in The Armenian Reporter and Arthur Slainer in the Village Voice ("The Armenians is flawed and wordy, yet alive with Saroyan's love of Humanity.").

Saroyan did not see the production, but heard an audio recording and proclaimed "Stupid and all wrong. good God!"