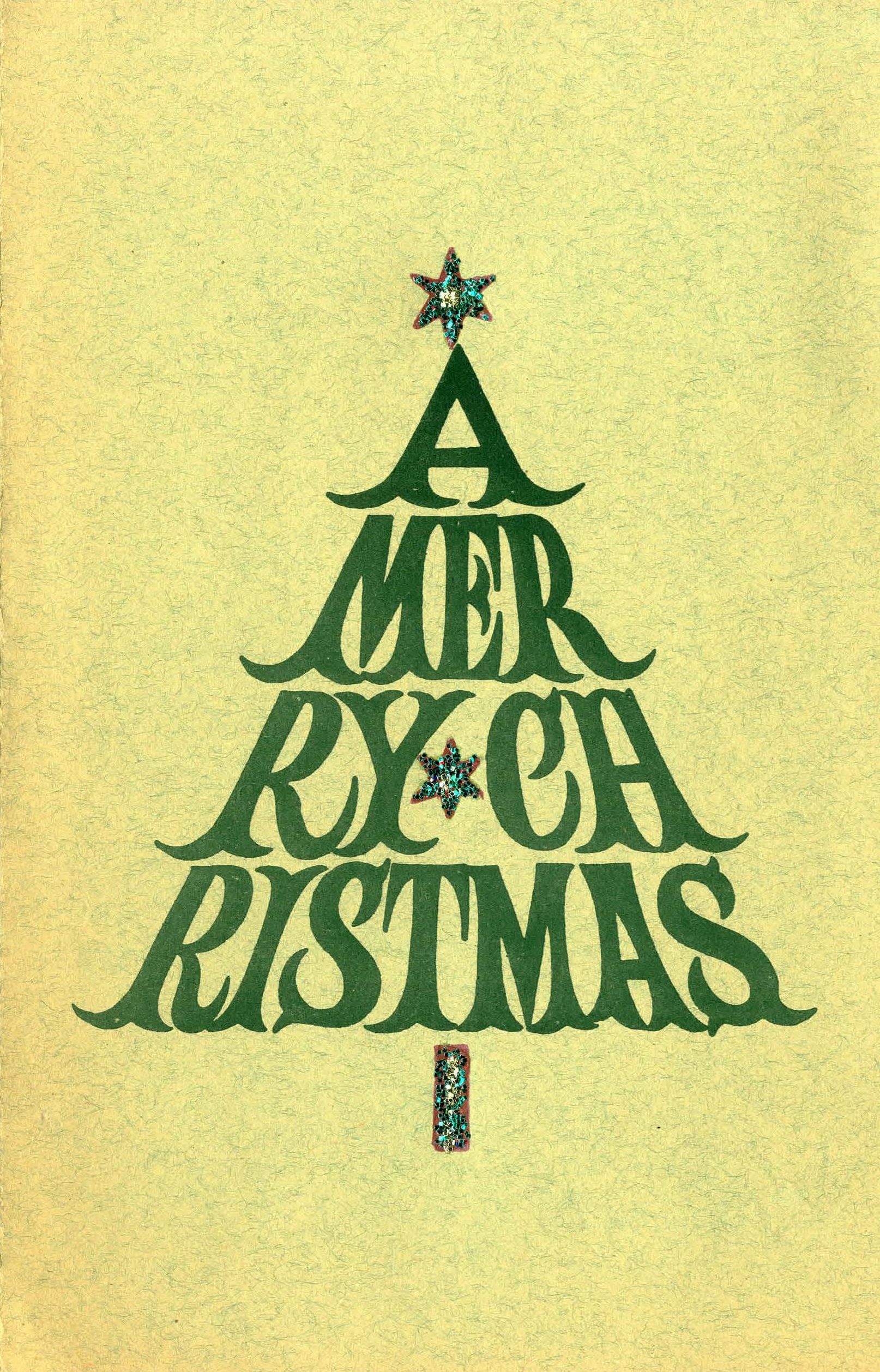 William Saroyan wrote often about the significant times in American life, and that included Christmas. In 1935, he published A Christmas Psalm, a beautiful meditation on on the human spirit. His stories Three Days After Christmas and A Christmas Carol are both excellent examples of how he viewed people's interactions with the holiday, and one another. His essays talkign about Christmas were fewer, but they included a work that has been re-published, quoted, and re-used over the decades - "Christmas."

The essay "Christmas" originally appeared in a simple one-page presentation in Good Housekeeping's December 1943 issue. The work proved popular as it was re-printed in the anthology In the Very Name of Christmas in 1951. It's brevity, coupled with the thoughtful and joyous content, made it a wonderful piece for readings, including one at the 1943 Christmas revels at San Diego State College by its president, Walter Hepner. It even received a reading to close the Christmas episode of The Garry Moore Show in 1959.

In 1944, The Argus Press of Albany, New York, one of the earliest American publishers of Christmas cards, created a card with a traditional holiday scene on the front, and Saroyan's essay printed in in the interior. Another Christmas card version is in the Forever Saroyan collection. Undated, though likely from the early 1960s, the card features a Christmas tree made of the words "A Merry Christmas" and features two stars which are covered with glitter. It's likely that the card was not mass produced and perhaps even created by the sender, Freda Sathre.

Reader Derek McCaw is an actor, podcaster, writer and editor dividing his time between the Silicon Valley and Los Angeles. Since 2000, he has run the website Fanboy Planet.