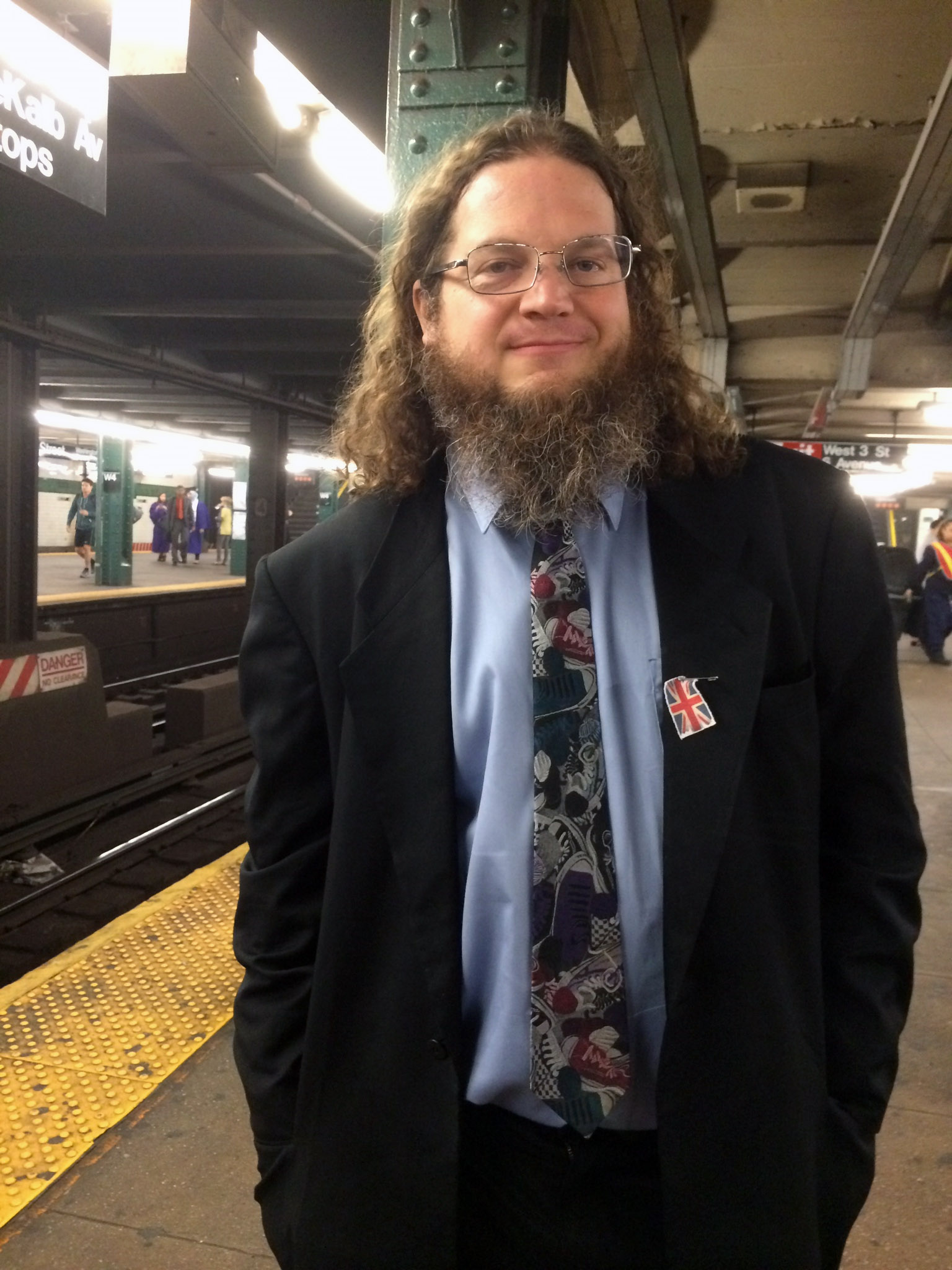 Christopher J Garcia was born and raised in Santa Clara, California, by librarians and a fire fighter turned limo driver. After graduating Emerson College with a Bachelor’s of Fine Arts in Writing, Literature, and Publishing and an Art History and Visual Studies minor, he joined the Computer Museum in Boston in 1998, before making the transition to what would become the Computer History Museum the following year.

Over his twenty years at the Museum, he worked in just about every possible area, eventually serving as the Curator who brought attention to the world of computer graphics, music, art, and games. Over those years, he was lucky enough to work on several major exhibits, including curating sections in both Revolution: the First 2000 Years of Computing and Make Software. He also worked on and created many small, temporary exhibits on everything from popular culture topics to really strange phones. He regularly wrote for the @CHM blog, and led two separate re-vamps of the Timeline of Computer History and produced the From the Archives podcast. He performed several oral histories for the museum, including several with figures in the world of computer music. A favorite interview for many journalists, he has appeared on ABC World News Tonight, TechNow!, Last Word – BBC Radio Four, Popular Mechanics,  and 99% Invisible.

A life-long literature enthusiast, Chris became a well-known figure in the world of science fiction fandom, including twice winning both the Hugo Award for Best Fanzine, and the European Science Fiction Award. He published non-fiction work in magazines including Clarkesworld, The Internet Review of Science Fiction, Uncanny Magazine, other Magazine, and Nth Degree. He is currently the co-editor of Journey Planet, The Drink Tank, and Claims Department.

Chris is an active podcaster, whose podcasts focus on everything from art history to true crime. He specializes in interviews and oral history. He has recorded with dozens of artists, writers, curators, historians, and performers, including figures like Mark Mothersbaugh (DEVO), Ophira Eisenberg (Ask Me Another), Marcus Parks and Carolina Hidalgo (No Dogs in Space), and Pop Artist Mel Ramos. He currently produces Dial-a-Crime and co-hosts Short Story, Short Podcast with Kristy Baxter.