Hello, and welcome to Forever Saroyan Presents - Three Times Three. Today we're looking at the story, “Life and Letters”. This is from the introductory note.

“This one was written Monday, August 24 1936. It was written for the Book Collectors Journal, Chicago. The editor of that magazine and I had made a deal by mail, he'd pay me $10 For anything I'd write for his magazine, and I could write anything I liked. He printed one piece, “Books, 5 Cents”, which was about books I picked up in Frisco, for five cents each, about writing, about writers, and about the stuff writers used for material.”

Saroyan’s. connection with Book Collectors Journal goes through several stories over the course of about a year and a half, two years. They're not really stories, but more personal encounters. That books five cents about the books that he purchased, does show his view of looking at writing, as a writer, being a part of a community of writers, but also showing that he is not necessarily deeply involved in the community of writers, but is more looking from the outside. That view is very fascinating. And the story, which probably is one of his better pieces for book collectors journal, is a clear indication that he sees writing as a vocation. But also that a vocation is kind of fun. This introduction is one of the longer ones in the book. And it does a lot of look at how art is made. To express not only feelings but to do more than that, to be a connection with deeper thoughts within an individual. From the introduction. Maybe art is a correction of errors within the artist in the world, in man in the universe. And if there are no errors to correct within the artist, there are an undo correct in the world, in man or in the universe. In short, if you would be immersed, immortal in art, you must be mortal in life. I hope no young person goes wrong because of this theory, it may be wrong. His reflection on the role of art in life runs throughout his entire career. From these early works, all the way up through his final work that were done. In memoir style, he often looked at the role that art played in his life, and how art interacted with the community in large. He was actually very popular to write introductions for artists who included people like Fletcher Martin, and his cousin, Khatchik ‘Archie’ Minassian.

The story itself is very different. And I would say it is again, a reflection on Art and Writing, but also on how an individual's life performs a feedback loop. 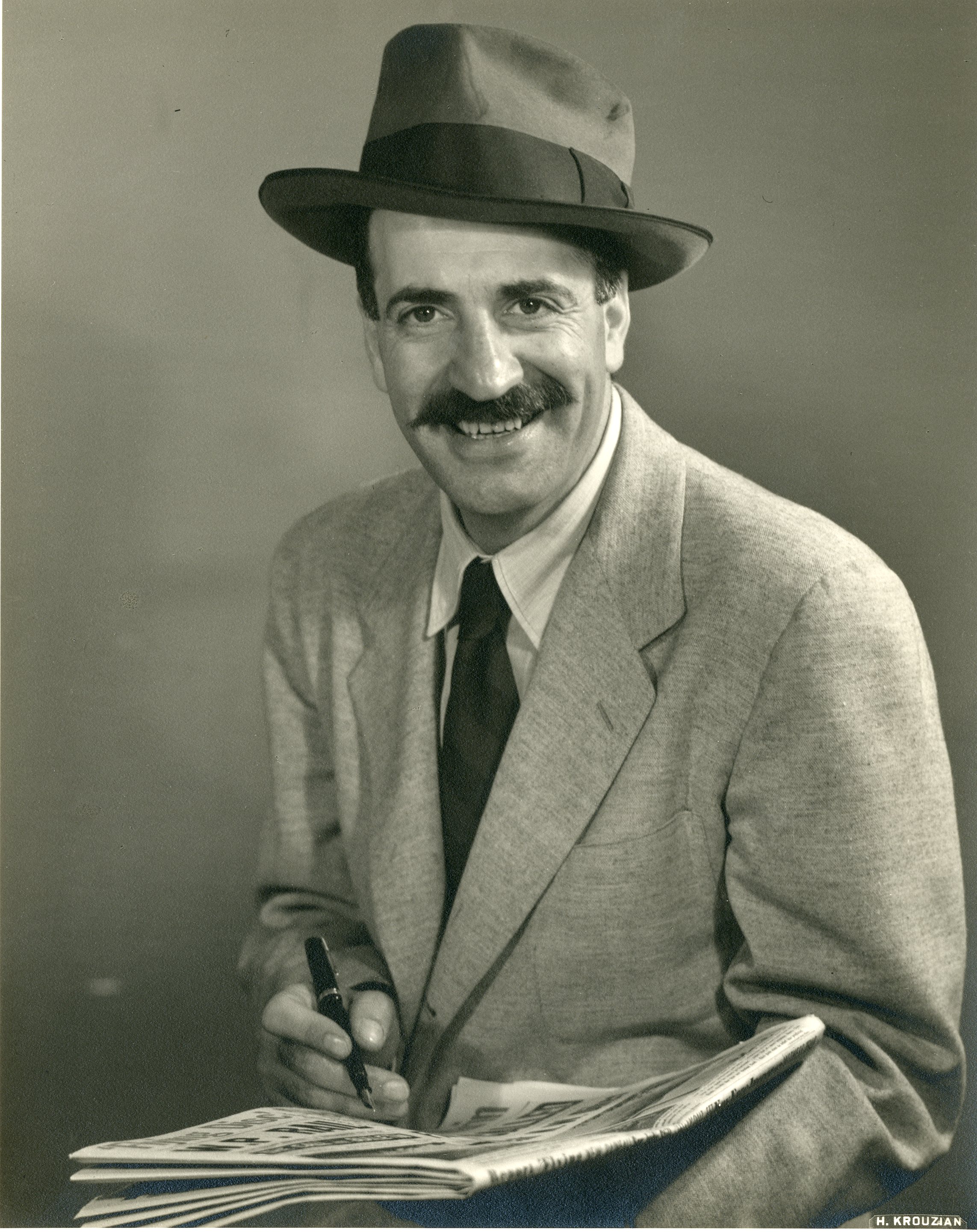 The opening of the story is pretty clear. – “I don't suppose there's ever been a writer in the world who hasn't at one time or another, been very much amused with his craft and maybe even disgusted. I cannot imagine at any rate, any great writer not at least seven times during the course of his life asking himself the simple earnest question: What the hell do I think I'm doing? This question is usually asked six times before the writer has been published, read and accepted. So the first six times are relatively unimportant. The writer is not really a writer. He's never been published and he doesn't know for sure if he ever will be.”

This seems to be a reflection on Saroyan’s own path to becoming a writer. He had written and submitted for several years before he started get significant acceptances. Most notably, he had a few publications in 1928, leading up to his major publication in Overland Monthly, “Portrait of a Bum.” That happened in December. His first work as we at Forever Saroyan discovered not too long ago, was published in the San Franciscan, though, potentially prior to that, he may have written ad copy for a local group. Of course, that doesn't necessarily count, but it is interesting to see that he was trying to get his words out there.

In here, he talks a lot about not only writing and the writer’s needs, but also about the role of the whole thing in letters in general.

He's pointing to a framework, that writing is about revelation, and in particular, writing is about revelation of position within the grander scheme of things, in essence, the relationship from A to B to C to z. What he doesn't necessarily mentioned, though, is the theory that many writers who simply go from A to B to C to D, and so on and so forth, are merely tracing, the simple lines, where it is most interesting is when you go from A to C, B to Z, when you're eliminating the intermediate steps surrounding his writing doesn't necessarily do that he tends to walk through the entire process to give you those connections. And in a way, this makes him a very impressive writer. Because to do that takes more wordage, it takes more focus, but in his work, he has managed to do it in a way that does not bog itself down.

Saroyan's sometimes a little bit harsh on his fellow writers, and I think part of that is that at the time politically, fascism was on the rise in Europe. Not any small amount also in the US sadly, there was general strife and we were still in the middle of the Great Depression. 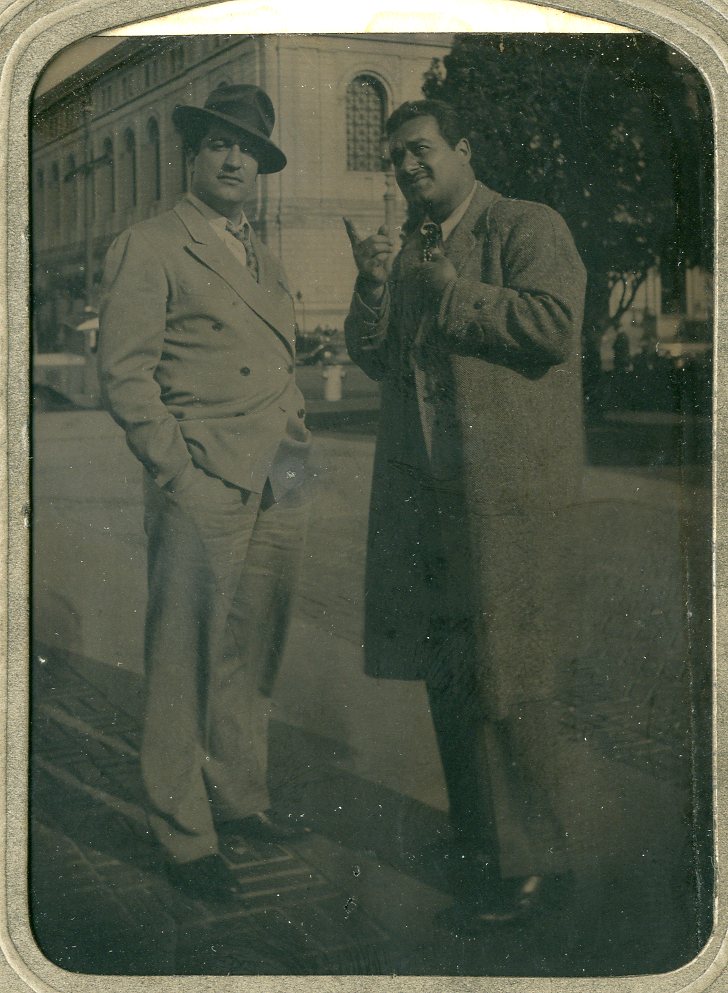 Of writers he says this – “it is very simple. The only trouble is that there aren't many writers around anywhere in this country or in Europe or in Asia, who understand this simple thing or even suspect. There are mobs of dopes who piddle around with words and horse around with what they call characters and situations and plots and atmospheres, and all that crap, but these babies aren't writers, they aren't any different from the whole mob of people who constitute the population of the world. They're nothing. What they do writing is no different from what do at any other time, they've meant well, I suppose, and they haven't meant to make a mess of letters, but they have made a mess of letters. And consequently, any kind of writer at all, who is doing any kind of writing at all, is up against very tough opposition because the people of the world have been eating up the lousy writing for so long, that when the great writing comes along, they don't know what to make of it, they forgotten about that kind of stuff. And very often they don't like the great writing.”

This may be Saroyan accounting for the lack of critical success some of his works met. It could also be for the fact that his sales sometimes lagged, though at this point, he was still one of the top selling writers in the world. He often spoke against readers who did not enjoy his work. And he also the work of other writers. What's interesting is that often he came into conflict with other writers, even admitting that they were great writers, Ernest Hemingway very famously in that case, and discussion about definitely afternoon and so forth. What this though, is also saying is that writers don't see themselves as being lacking. And the ones that do are the great ones, I find that aspect of the store very potentially interesting. So you have to dig down a couple of layers to find it. This is a story that is very much informed from Saroyan's life story, particularly the period from about 1925 through about 1932. To understand it, you really have to see that he has formed both a cynicism, towards writing as well as a great respect for it. It could easily say that he is not a fan of writers, he is merely a fan of writing. That's pretty clear.

This story deals also with the sense of immortality. Saroyan’s famous claim that he began writing to get even on death can definitely be seen here. But there's other portions of that thought that are slightly more difficult. Here he's talking about how writers and writing are yearning for an immortality but not of the body. There is an idea that he is actively saying, ‘I want an immortality because I don't want to die.’ That's a fascinating take, and Saroyan played with that theme throughout his career. But here in the relatively early portion of it, he's expressing it through the idea of examining what writers do and what writing is supposed to do. And that makes this one of the more interesting stories in the entire collection.