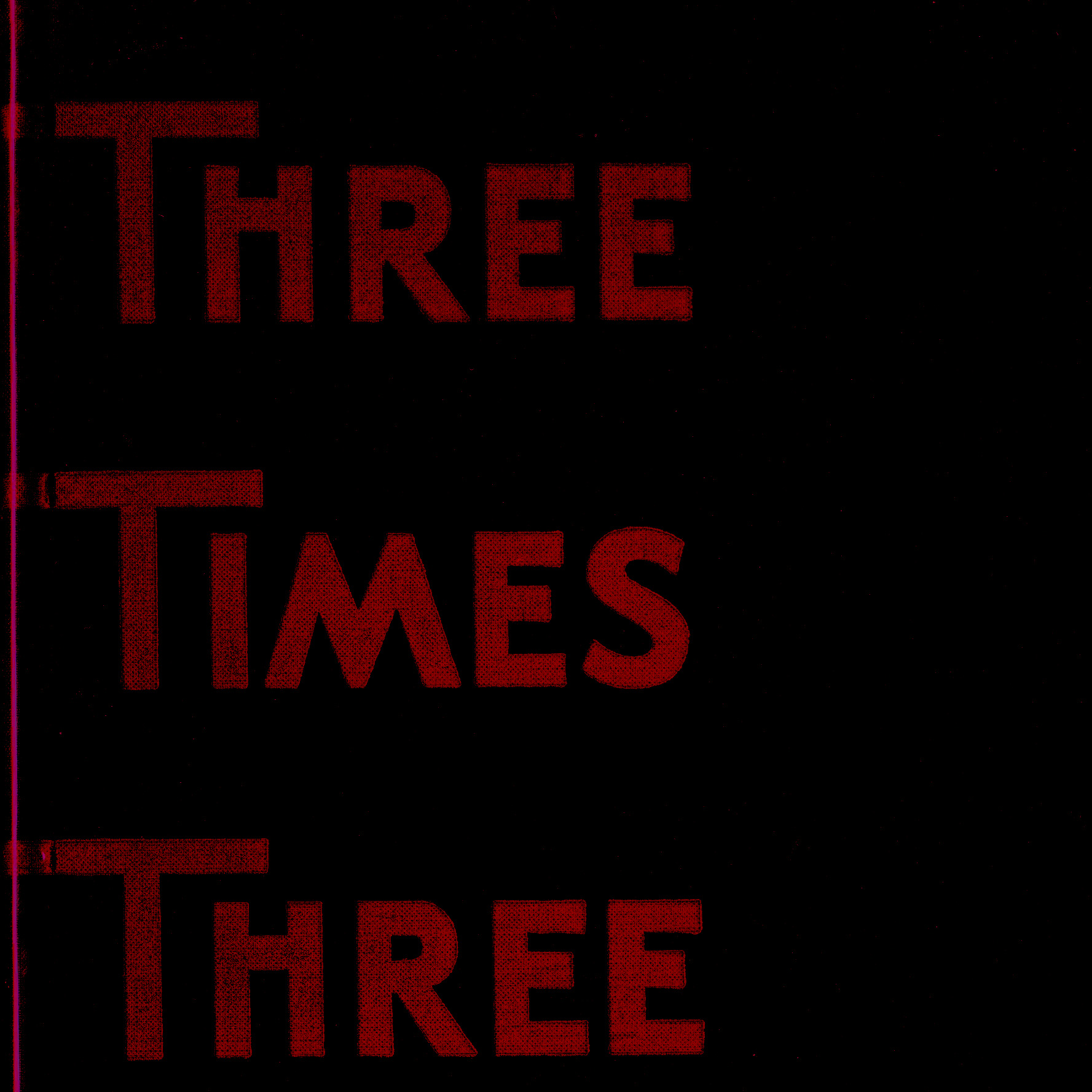 Hello, and welcome to another episode of Forever Saroyan Presents: Three Times Three. This time we're looking at the story, “Public Speech”. I think Saroyan sums it up pretty perfectly with the opening lines of his introduction.

“This one's goofy, but even so, some readers may get a kick out of it.”

The story is actually a little bit difficult to sum up. It's a speech, at least that's a form of it, but it's not a typical speech as we might think of it. It's both a character study and, in a strange way, a commentary on everything from Communism, to socialism, to art, to politics, to the progression of life itself. And it features both the text of the speech and then in parentheses, comments of what's going on inside the world in which a speech is being given.

From that very opening, you can tell that Saroyan is writing for this universal person. In essence, he's doing what he does. Often, he is trying to be as egalitarian as possible in his writing. Saroyan often mentioned groups that would be typically diametrically opposed to one another, as a way of expressing his neutrality, or at least his view of inclusion for the time. The addition of Mr. President, Mrs. President, is an interesting note, but strange.

A majority of the speech is about Mark Lazansky And he's 20. Born in Russia, Jewish, and a strapping young lad. What's strange is that as the piece goes on, the thread gets lost, and it's on purpose. That's what's so fascinating about it. It is something of a ramble, but at the same time, it is pointedly making use of a number of techniques that Saroyan often used, like the parentheticals to indicate action such as swig of whiskey which is repeated throughout this and may also explain some of the rambling nature of it the giving a full backstory of a character within almost snapshots and vignettes. For example, when talking about the birth of Mark Lazansky, the speaker says the following – “brothers and sisters, the day of his birth was a cold day in New York, snow everywhere. The little flat on Mulberry Street was dark and frozen like the mind of a homeless man walking the streets through a winter night, black and cold. Poor mama Lazansky groaned in her bed frightened and sorry she had ever come to America. 1000 agonies in Moscow would have been better.”

That's where it gets interesting, because at this point, it is about the character, but then it moves on. It talks about the American Republic and the experiment. It talks about using characters such as John D. Rockefeller, JP Morgan, Andrew Mellon, the richest people in America at that point, and they play characters. In this case, he casts them as thieves, these three tycoons, and it's funny because they were sort of seen as robber barons at the time, but they're also some of the most respected men in America simultaneously. They were often the target of Young Socialists and Communists who were making statements about how American inequality had grown greatly in the 1920s and 30s. Throughout this the story is full of repetition and lists, which is something that occasionally Saroyan is known for. He also continually refers to the audience as brothers or brethren, as if he's addressing a group that he is a part of, his often referenced ‘brotherhood of man.’ When he made that initial mention of all the people he was speaking to, there's no single group they would all really be members of, except for perhaps America as a whole. But at the same time, it is definitely bifurcated. He is in many ways railing against the rich, the pompous. In a way he's also going against organizations in general. There's a wonderful passage that I think is really just brilliantly done.

“I tell you, my friends, there is no hope for the living None. None whatsoever, though Catholic children pray from morning till night, and novelists fill the world with book after book and painters paint and actors act and preachers preach and so help me if you think the world is not ending if you think the very sky is not falling if you think Chaos is not coming comrades. You are Gaga Your eyes are blind your ears are deaf. Your nose is clogged your limbs frozen in your hearts (applause) professors, educators plumbers and pipefitters newsboys beggars and Arthur Brisbane, now is the time to rise and laugh. I said, Rise and laugh, my friends, I said. (no laughter, angry.)” 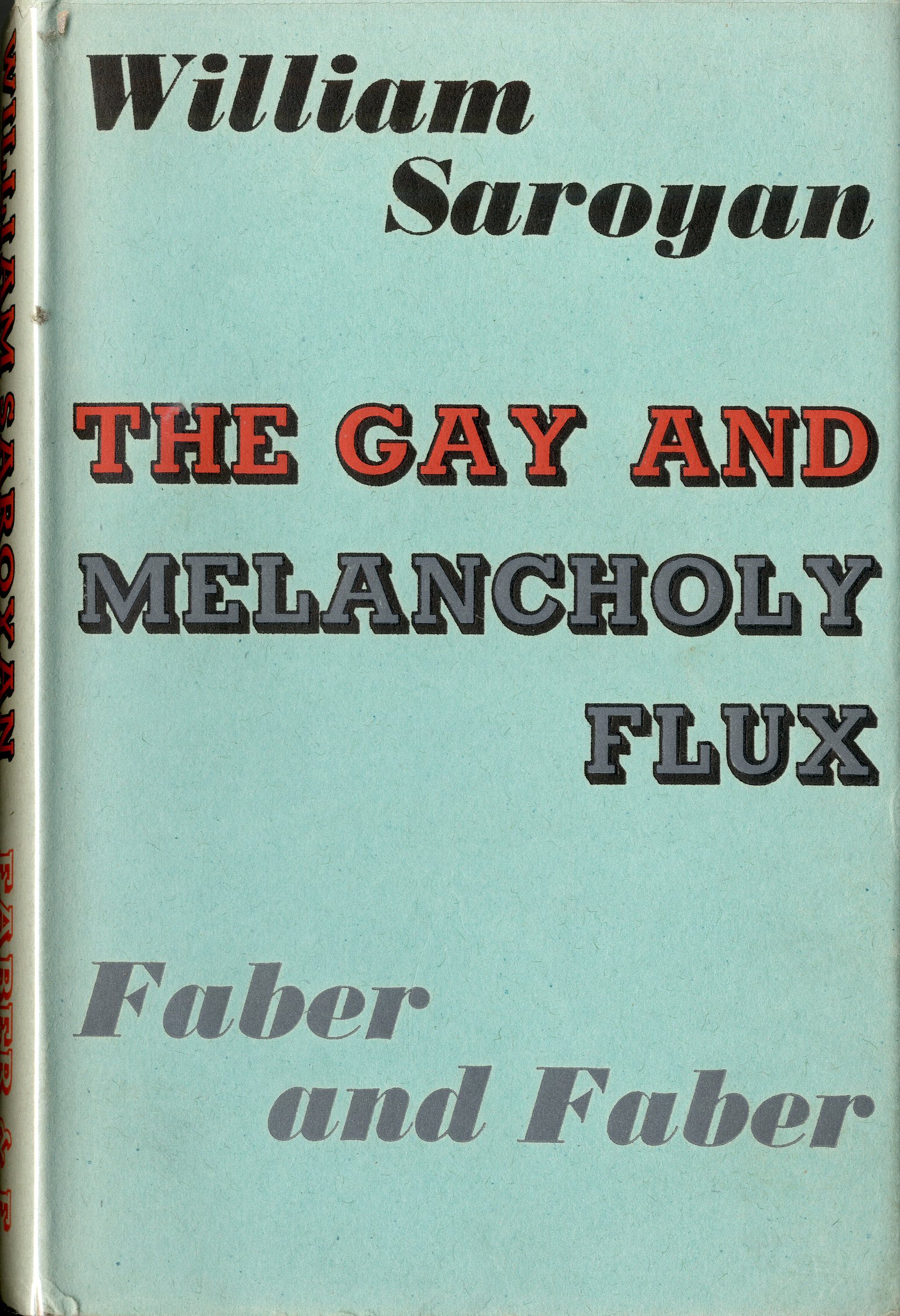 What's brilliant about that specific segment is again, he's listing different groups, different activities, and treating them all with equal men. The prayers of the Catholic, the writer writing, the painter painting, the preacher preaching, all of them in the same context. What's funny is we see an echo of one of his stories that he had done in Inhale and Exhale, which was reprinted in the Gay and Melancholy Flux as “Ben,” a story called “666”, in which he moves it directly to the listener and uses a very familiar form.

“You are 12 years old and alive, follow closely, the long day ended and you're still in Italy living in Rome 20 years old, came Mussolini with the last mouth, came oratory, came the salute, came the word fascism, you agree to live in Italy, because you were born in Italy and like climate, and because you have Italian memories, lo and behold, you're a fascist but not actually. And not with a bang, bang, the change is statistical and not organic. Your name is Thomas Mazza…”

The repeated use of ‘came’ – ‘came Mussolini, came fascism,’ so on and so forth, very much echoed what the majority of banners. In “666” Saroyan uses the to indicate the importance of connection to time, as he adds a thing and then said ‘came’ then ‘came’ and then ‘came,’ what he is really saying is this happened. This was a moment, this was a noted event that must be paid attention to. Consequently, when he says you, when he addresses a specific idea of a being, he is using it, of course, universally, but at the same time, he is saying that any specificity that we apply to any one person in this world is applicable to everybody. Its grain, how this flows out from there, and again, echoing the way that “Ben” and “666” tell the story of the passage of history and its impact on the individuals who are there now. We see that same technique in a slightly different way.

Again, it is these references that show import. And here talking about the colonization aspects of the world about how scarcity and need has always driven the idea of conquest. That's here in many, many ways. I think that the most confusing part of this is that Saroyan seems to want an end to human suffering in many different ways, most notably financially, of course, in the introduction, talking about how he wanted to live long enough to be to see everyone be a millionaire to be made comfortable, but he often thumbed his nose at ideas of communism, socialism, and religion very much. So he speaks against the rich. But at the same time, he clearly admires their lifestyle, not only because of how he personally lives, but how he is constantly noting their most important figures. In essence, it seems he is aspiring to be a rich man, but doesn't like the people who already live in that neighborhood.

This push-pull attraction-repulsion concept makes this story in particular, very difficult to put into a single framework. The asides of ‘a sip of whiskey,’ ‘a sip of gin’, could be that the speaker is getting more and more drunk and himself as losing the thread. That would be a very generous reading and also one that I could see Saroyan going with. At the same time, there is certainly a focus on the idea that the world is going in a wrong direction, and perhaps there is subtext that says the world is coming towards a reckoning that could well be, but Saroyan himself said this story was goofy, but some may like it. The goofy aspect is clear, there's a lot of comedy, and the funny thing is that it's actually more comedic now because it's come to a time which is more like the time he is describing than the time he was living in at the time. When he talks about the idea of patriotism as being a difficult aspect of his life, that's truly key, but I think in the same way he approaches patriotism as something that he definitely did have, and if you read him writing about America in general, he does have this joyous acceptance of being an American, at the same time as being highly critical of America itself. And Americans.

I think the contradictions within the existence of many of Saroyan’s works exists because he himself was conflict as to his own role in the world. He wants success, but he doesn't like the successful. Perhaps it's a way of him saying he's glad he doesn't have more success, but at this point in his career, he was pretty dang successful. He had cash, and he had cache. The question is, what did he view as meaning. I think that this story is him saying that his success doesn't mean much, that though he may personify himself as the speaker in that I truly think he is the speaker who is using Mark Lazansky as a stand in for himself. In essence, he's doing what he did with his own writing in the living in the dead, He has stepped outside of himself to look at himself and provide a view of that, as a somewhat objective observer gives Lazansky a backstory to make it less obvious, but in many ways, I think serene was describing what his ideal self was, or would have been at that point. And that makes it a very interesting connection with the rest of his work.