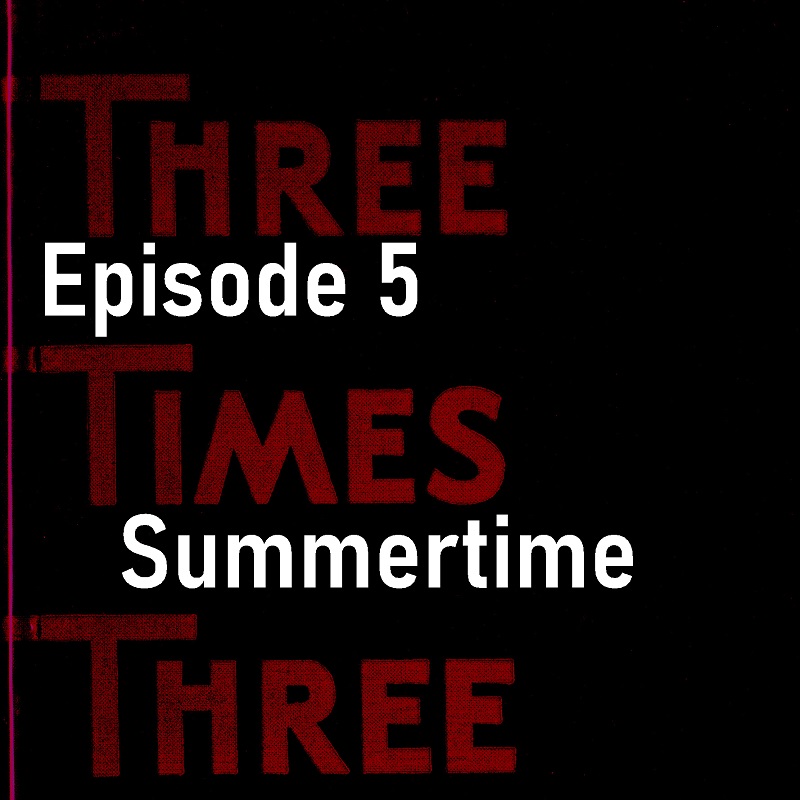 The introduction is brief, and opens with “’Summertime’ was written in the wintertime, Thursday, January 9 1936. In San Francisco. Wintertime is an excellent time during which to remember and fully know summertime and San Francisco for me is a good place in which to remember Fresno, my hometown. Perspective in time and space and climate.”

The idea there that one needs to be away from a thing to truly appreciate a thing is a classic, because, of course, absence makes the heart grow fonder. And it's a theme that Saroyan has definitely worked with often in his writing, and particularly in his personal writing, like Places I’ve Done Time in particular, how he views Fresno when he is away from Fresno, as opposed to how he viewed it at the time. Sadly, his view of Fresno in the 1910s, 20s and 30s, we really aren't 100% certain of his view at the time, and only know that through his recollections through his writing of the 1930s. The diaries he kept at the time are not widely available. We do know some through his letters, particularly those exchanged with Archie Minasian, but we have this idea that he was always trying to get out to become a part of the wider world. It would make sense that San Francisco, the New York City of the West, one could say, would be a fine place to reflect back on Fresno in much the same way that when he left for New York, he often reflected back on California and particularly Fresno.

The story itself is relatively simple. It opens with a general remembrance of summer in Fresno, particularly talking about the popcorn wagon that would come through town. It would seem odd to me that popcorn would be a popular food in Fresno during the summertime where it can be incredibly hot, but to each his own. He discussed how the horse drawn popcorn cart, much like today's ice cream trucks, would go through the streets. The popcorn cart apparently was a major attraction and when it's coming to the neighborhood was a big deal. That's an important touchstone for time and place. While popcorn carts are often found today at fairs, state fairs and the like, they're not roaming neighborhoods anymore. In fact, roaming cart salesmen other than things such as ice cream trucks, and particularly in Hispanic neighborhoods, you'll see fruit carts that are often wheeled around with people selling fruit and fruit spice. That methodology hasn't quite retained its flavor anymore, partly because of the wide-scale availability of cars, cars which enable the ice cream truck, for example. 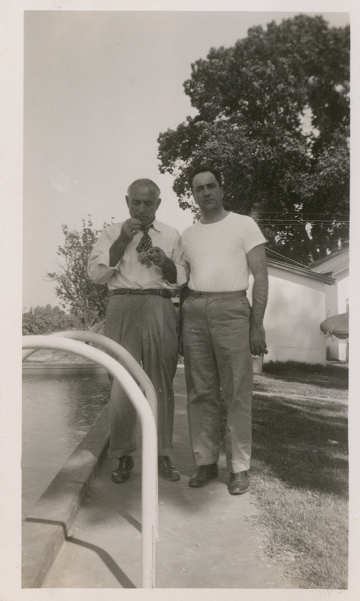 Where the real meat of the story, particularly where the emotional meat of this story comes from, is in an interaction between our narrator and his uncle, who he calls Setrak. If we read this, as often we do certain stories in this collection and others, this is more than likely a reference to Saroyan himself as the narrator and his uncle Mihran as his uncle. There are certain keys here - one, the narrator notes that his father had passed away when he was young, much like Saroyan's father did, passing away in Campbell, California, in 1911, and two, mentions that the uncle Setrak is younger than his father would have been much like Uncle Mihran, the youngest of the children of Takoohi and Armenak Saroyan. Mihran remembered the old country, much like Setrak. It seems the exchange between the narrator and his uncle is somewhat bittersweet. They talked about how the family came from the old country, how being born in the new country of America makes it difficult to attach to the old country. And to understand the sort of connections with the area, it is very clear that the narrator wants a connection with his father that he never had in life.

It is also very clear that the uncle is not necessarily hesitant to share that connection, but might lack a emotional vocabulary to share that. And one interesting note is that the uncle notes that the narrator's father didn't talk much, but when he did, it was something important. This interlude, this interaction between the narrator and the and his uncle speaks of themes he would start to explore more in his later work, in particular, this could be a relatively small portion of a story in My Name is Aram. It is Saroyan’s attempt at connection with a family and a place that he did not know; he did not know his father, at this point he didn't know Armenia. So, he would very quickly visit this idea that he had of what both those things meant, and had to be mitigated through the others in his life. And much like Uncle Mihran did that for him in actual life, Uncle Setrak does that in the story. Again, we see the most important aspects of Saroyan’s literary style, as always he does not use quotation marks. This is an interesting choice and rare among literary writers. He simply uses said to indicate a speaker, though occasionally he even goes away from that, relying on the reader to keep track of the narration of the narrative, and the dialogue itself. For example –

Why are you so eager? He said.

Where did we live? First? I said.

You were born here. He said. You've lived in this valley all your life.

Where did my father live? I said.

in the old country, he said.

What was the name of the city?

Where was this city? In the mountains?

It was built in the mountains, and the streets, they are made of rock and they were crooked and narrow.

Do you remember my father in the streets of Beatless?

Of course, he was my brother.

You saw him. I said.

Despite the fact that he has completely rid the text of tags throughout half of that speech, you could still follow it, not just because it is back and forth broken into paragraphs, but because it is question and answer. And Saroyan understood readers' tendencies enough to know that you could get away with it, that you could cut away at that, in essence, forming a more minimalist track for his writing. This may be why Kurt Vonnegut referred to Saroyan as the first and still the best of American minimalists.

This ability to work without many of the signifiers that writers of the literary canon had used for more than a century at that point, established Saroyan's voice as one which was at once sentimental, but at the same time, relatively avant garde. By simply figuring that a reader was smart enough to do this much work, he was signifying that his work was worthy of this consideration. This is a wonderful story, very short, but unlike “The Question,” it provides a full idea, this idea of reflection on a past that is distant and how sometimes you have to have a conduit to get to it to achieve it. And here, I think he's done that.