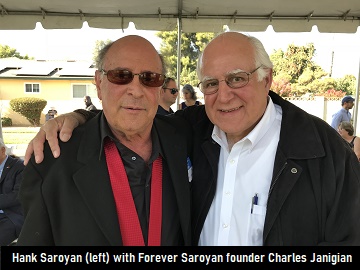 Hank Saroyan, Emmy Award-winning writer, director, and producer, passed away at the age of 75. A nephew of William Saroyan, Hank worked in television for fifty years in many capacities, from composing music to serving as the head of production to voice acting. He is survived by a son and two grandchildren.

Saroyan worked in animation first, serving as a story-editor for Scooby-Doo Where Are You? Not long after, he ended up catching the attention of legendary American Bandstand creator and host, Dick Clark. After producing an episode of Bandstand, he worked on the television special Roberta Flack – The First Time, which Clark executive produced. Clark then brought him on board to write and produce an episode of The Wide World of Mystery called "The Werewolf of Woodstock," directed by television legend John Moffitt. This would be Saroyan’s first television writing credit.

Saroyan expanded his repertoire by entering into voice acting, including providing background voices for Scooby-Doo, Monchhichis, and Trollkiins. He also branched out into serving as a casting director and music supervisor. This would lead to what many point to as his longest-lasting cultural impact. Saroyan had landed the role of Vice-President of Network Programming for Marvel, the television arm of the major comic book company. After a meeting with Jim Henson Productions, Henson chose Marvel to work on their newest project, Muppet Babies, partly because of the impression Saroyan had made.

"Purportedly based upon the personalities present in that meeting, he chose Marvel. We had what seemed to be instant rapport both personally and creatively." Saroyan later noted.

The show was based on a scene in The Muppets Take Manhattan, which included the Muppets as young children. The characters were the stars of The Muppet Show, itself a series that used characters Henson had been presenting on shows like Saturday Night Live and Sesame Street and the series of films that emerged from them. The animated series included the voices of Howie Mandel (St. Elsewhere), Frank Welker (Scooby-Doo), and Barbara Billingsley (Leave it to Beaver). Muppet Babies, true to its name, followed the exploits of iconic Muppet characters like Kermit the Frog, Miss Piggy, Animal, Gonzo, and Dr. Bunson Honeydew. 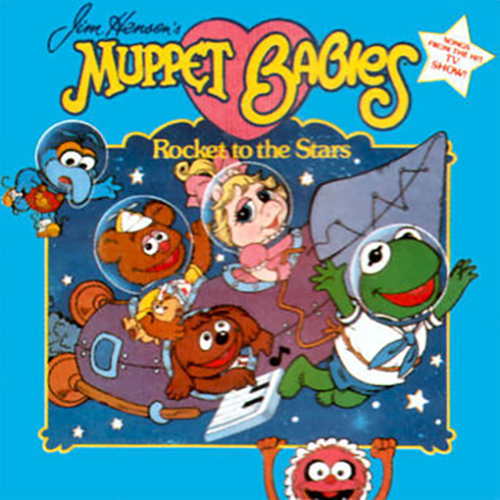 One of the most memorable parts of the show was the theme song, with its cheery 1950s-inspired tune composed by Rob Walsh, with Hank Saroyan providing the lyrics. The song was used when the franchise was re-launched in 2018. Saroyan wrote lyrics for many of the other songs used on the show as well. Saroyan noted on his website years later, “Muppet Babies remains my favorite animated show experience and the longest in duration.”

Much of the team also worked on Little Muppet Monsters including nearly all the primary vocal cast. In an interesting familial connection, in the music department of Little Muppet Monsters was Christopher Cerf, who had worked on many projects across the entirety of the Henson company. Cerf is the son of Bennett Cerf, who had been a friend of William Saroyan and had published much of his early work as the founder of Random House. The show only had one season.

By the end of the 1980s, Saroyan found himself producing and writing for various animation specials, including television adaptations of classic comic strip characters Blondie & Dagwood, Hagar the Horrible, and Beetle Bailey. He produced, provided voice direction, and did some voice acting on the series Rude Dog and the Dweebs.

Saroyan’s first directorial work may have been his most memorable. Taking his uncle William’s classic story, “The Parsley Garden”, Hank Saroyan adapted the story for an ABC Weekend Special. Featuring major film and television stars Adrienne Barbeau, Tom Bosley, James Earl Jones, and Christopher Miranda, the episode took one of Saroyan’s most beloved stories and gave it an adaptation that was at once faithful to the original in tone and meaning, but formed into the modern television movie format. 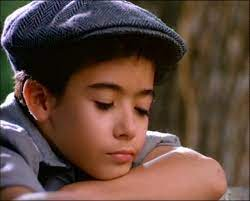 Reviews of the program were very positive. Most reviews called the episode ‘moving’ and noted the acting of Miranda. The Pantograph said, “’The Parsley Garden’…adapted from a William Saroyan short story, is a polished gem, a superb little morality play that’s as inspiring as it is simple.” Bill Harris of Showtime stated, “Hank Saroyan’s eye and heart are easily the equal of his famous uncle, as he brings “The Parsley Garden” to film with the same sure and tender touch William Saroyan used to put to paper.”

Some have pointed to the work as one of the best of the youth-oriented specials that ABC had specialized in since the early 1970s. Saroyan won the Daytime Emmy Award for Outstanding Directing in a Children's Special. The special was also nominated for Children's Live-Action Special, and Miranda was also nominated for his starring role, but only won for Saroyan’s direction. 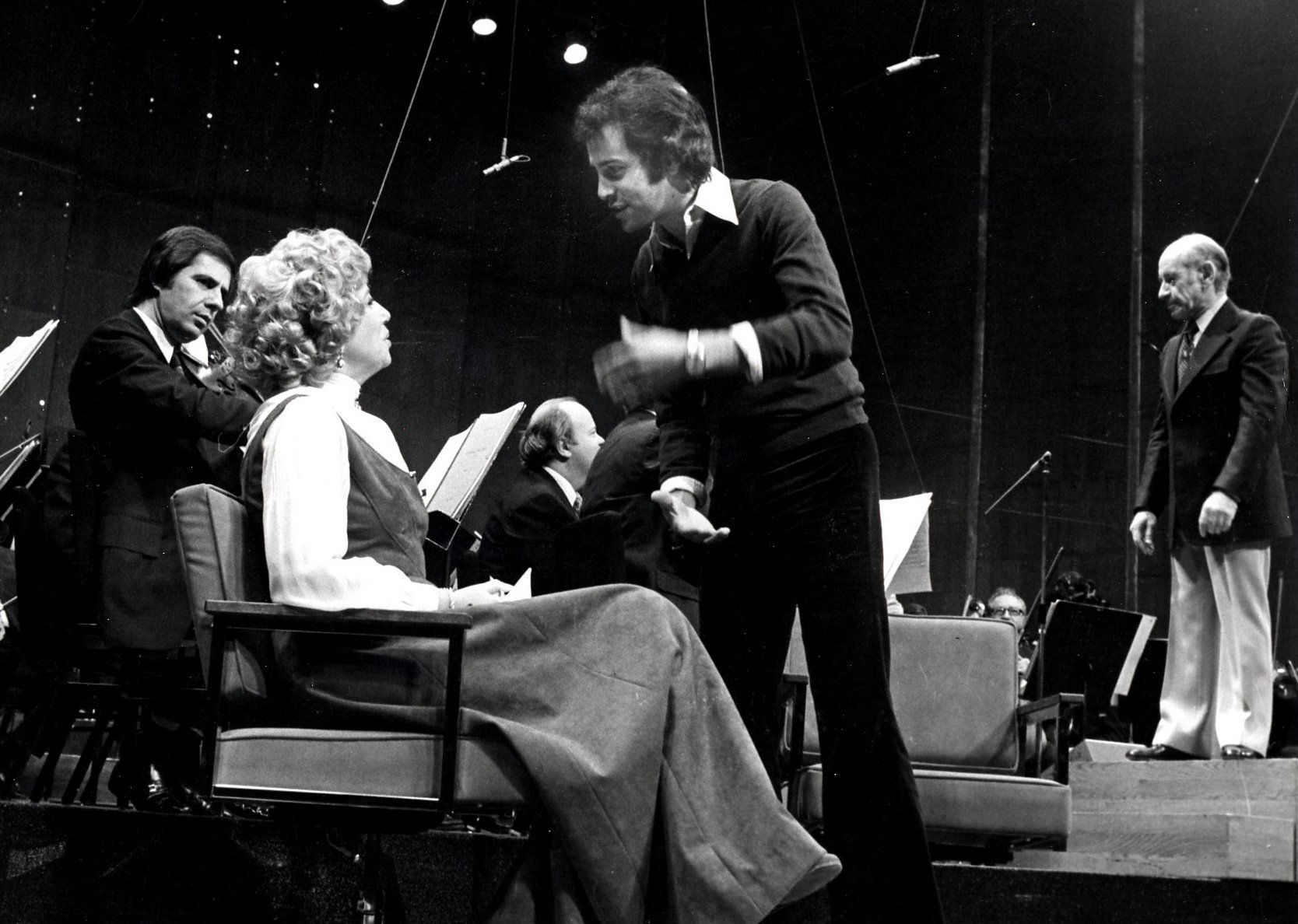 Saroyan worked on many programs focusing on music and performance. He produced Dick Clark's Rock 'n Roll Years series of half-hour specials for ABC that included live and recorded performances of rock 'n roll pioneers like Chubby Checker, Jackie Wilson, The Shirelles, and Dion. He served as producer on Chicago, in the Rockies, a hybrid on-location and in-studio program featuring the Chicago, one of the best-selling rock bands of the time. He worked on ABC's In Concert series of rock concerts featuring many of the most important performers in music at the time. As a way to introduce young people to classical music, Saroyan produced the New York Philharmonic Young People Concerts working with host Beverly Sills. In 1998, he became involved with the Prism Awards. Given for the accurate depiction of drug, alcohol and tobacco use and addiction in entertainment, Saroyan would help elevate the status of the awards, and especially their production values, bringing them to national television in 2000. USA Today said of the Saroyan-produced award show, “The Prism Awards… has as much heart in five minutes as the Oscars have had in 50 years.”

Saroyan leaves behind a legacy of incredible work across decades that saw more change in the media landscape than any other. His dedication to animation, youth-centered television, and the incredible amount of quality work he left behind are testaments to a lifetime of remarkable creative output.