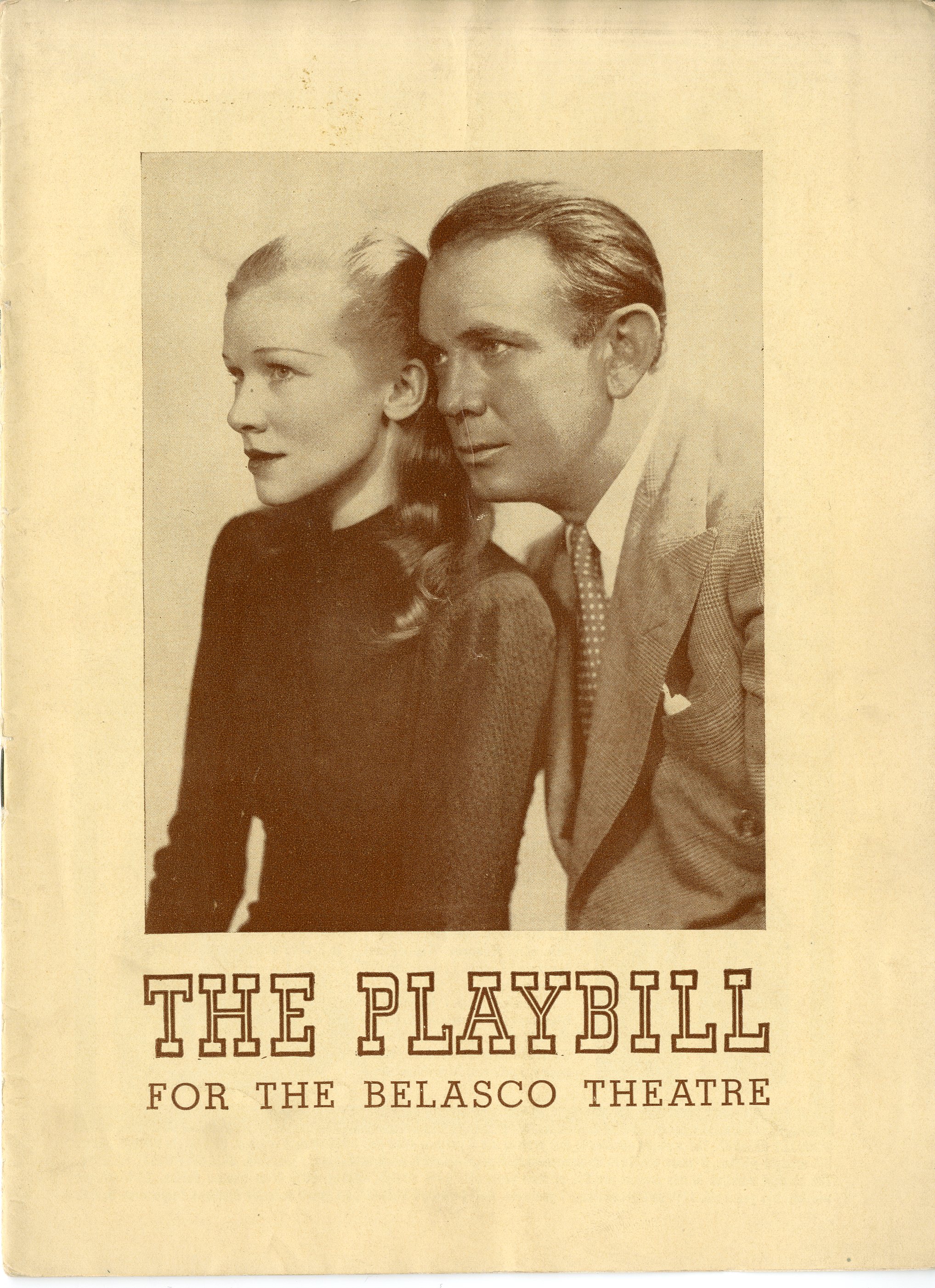 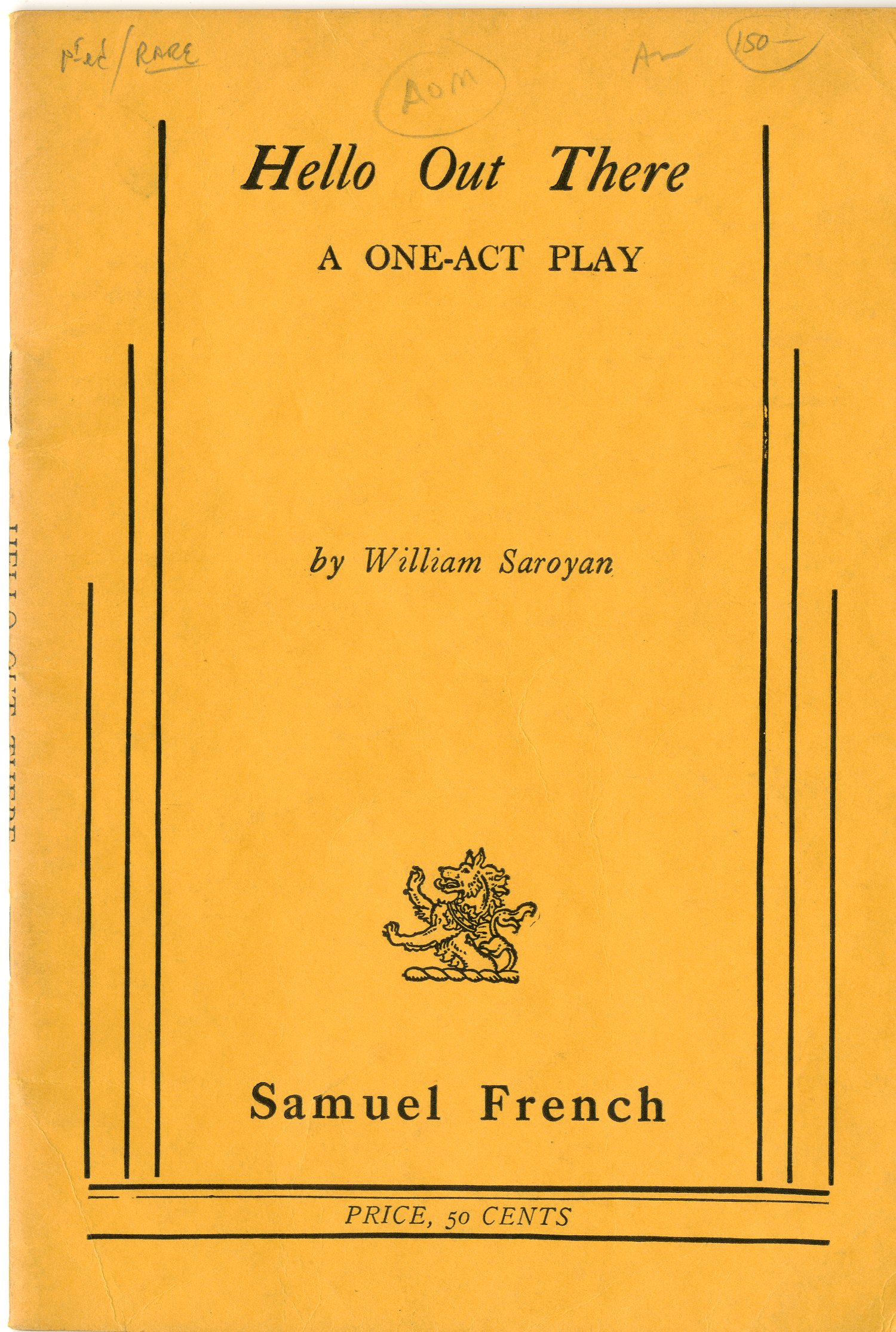 Hello Out There was first produced in September 1941 by The Selznicki Company at Lobero Theatre in Santa Barbara, CA. It was directed by John Houseman, former collaborator with Orsen Welles and future Oscar-winning actor.

Hello Out There was produced in 1950 as a short film directed by James Whale (Frankenstein), but was never commercially released. It starred Harry Morgan and Marjorie Steele. It was Whale's final film.

The play was also shot by the Market House Theatre and Paducah Two in 1980. James Robbin and 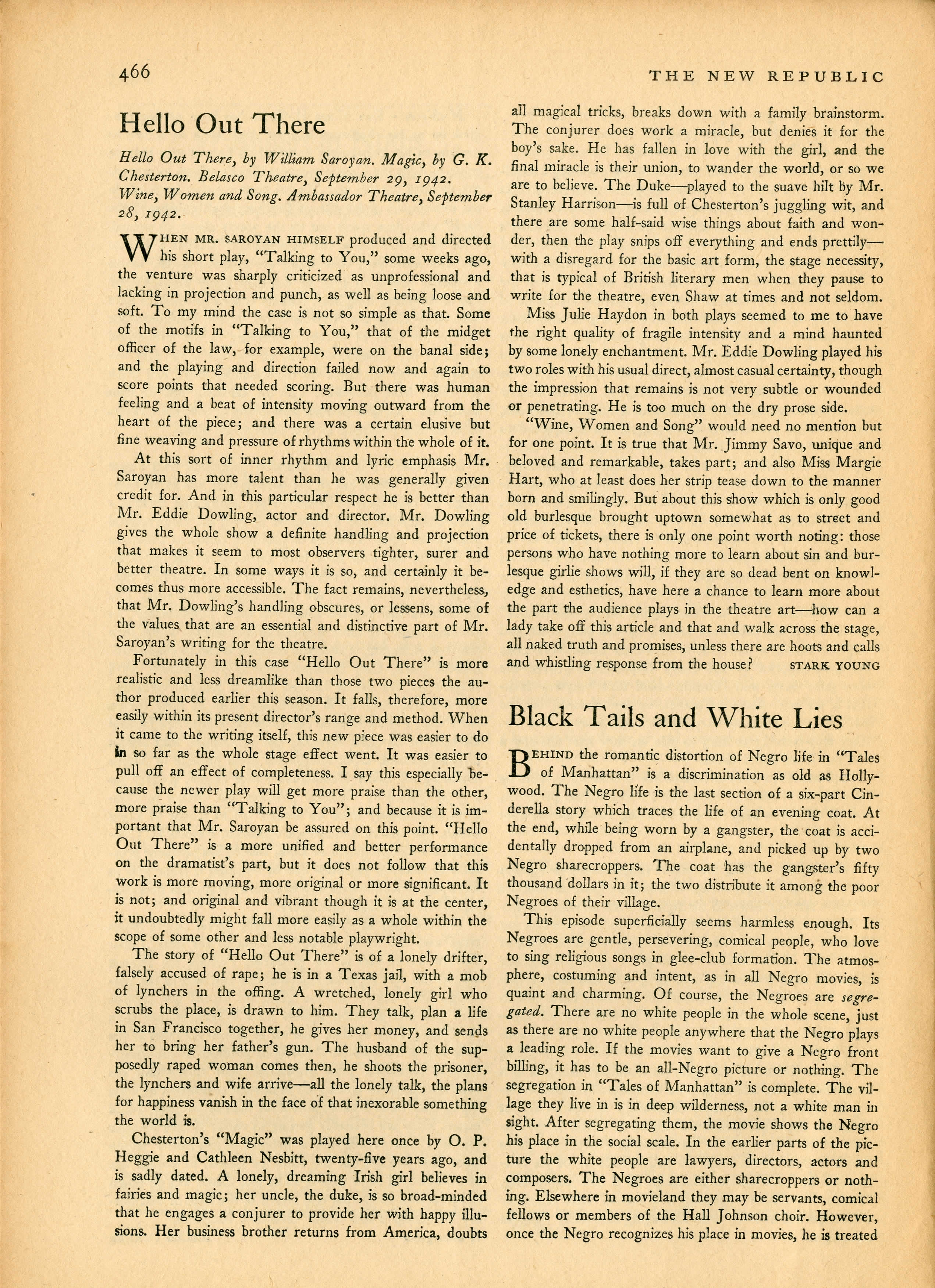 Bernadette O'Bryan starred, along with Garry Massa and Rebecca Fletcher.

The Player's Theatre in Hollywood produced Hello Out There in 1955 with legendary film director Preston Sturges directing, and Harold Gordon.

In 1963, Al Pacino made his Broadway stage debut in a production of Hello Out There.

Composer Jack Beeson created an opera around Hello Out There that premiered in 1960. In the liner notes for the 1960 Destio Recirds recording, Saroyan concludes his remarks with "This is the second time I have listened to it, and damned if I don't like it."