Written by Saroyan for the The National Theatre Conference, who distributed the rights to colleges around the country.

Reviewed by Brooks Atkinson for The New York Times, November 8th, 1941  ("What "Jim Dandy" means in rational terms this courier is unable to say, and he is cynical enough to believe that Mr. Saroyan is not very intelligent about it either. But this courier can further report that although the first act did not interest him very much, the second act was strangely moving, like a sad dance of human beings trying to break out of the dreariness of their ordinary lives into the free air of comradeship and beauty.") 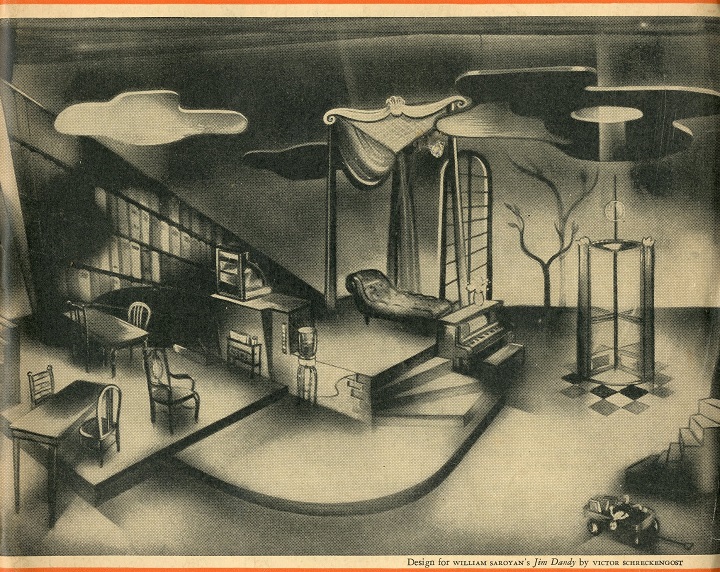