The Story That Started It All

Writers are often asked who their influences are or what made them decide to be a writer. Everyone has notable influences, but Saroyan, at age 64, could still pinpoint the moment he knew he would be a professional writer. In an interview from 1972 (published in 1973), he explains:

“I chose writing… The thing that started me acting upon it came when I was about 12. I was at Technical High School in Fresno learning typing. At that school I went to the library one day. It was a dull, dreary day early in the year, January or February. Nothing made very much sense to me in the world and in the human experience, and I was looking for something that might make sense. I got a book down from the shelf in the library and I opened it almost anyway and it was a story called “The Bell” by Guy de Maupassant. And that story did it. That was a revelation to me of the art of writing, of the role of the writer in society, in the world, and I was hushed by the power of a very simple story simply told. The way Guy de Maupassant wrote the story had a tremendous impact on me and I knew that then definitely, positively that was my profession. And so learning the typing and running into that story coincided with this decision to pursue this profession.” (Here's William Saroyan reading his own stuff and talking [portrait of the writer as a young man of sixty-four], Listening Library 1973 - Part 1 of 4, 10:25)

Who was Guy de Maupassant? A Frenchman born in 1850, Maupassant is considered one of the first masters of the modern short story form. "The Bell"/"The Beggar" was originally published in the 1880s. 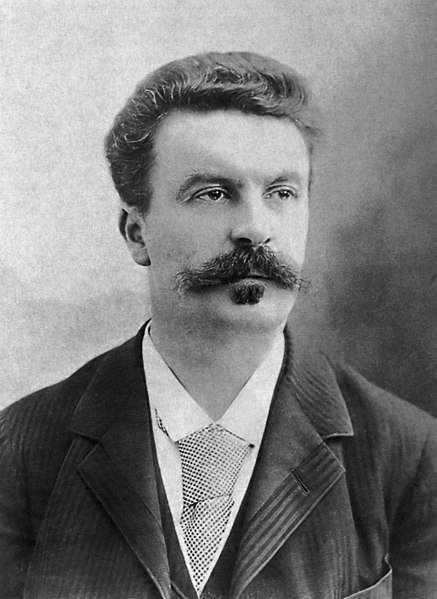 Maupassant was a protégé of Gustave Flaubert and his stories are characterized by economy of style and efficient, seemingly effortless dénouements (outcomes). Many are set during the Franco-Prussian War of the 1870s, describing the futility of war and the innocent civilians who, caught up in events beyond their control, are permanently changed by their experiences. He wrote 300 short stories, six novels, three travel books, and one volume of verse.

Like Saroyan, he wrote extensively and with a simple style that reflected the innocence of his characters. Maupassant’s influence can be seen all over Saroyan’s writing, from those humble beginnings at the library. Saroyan also writes about the story “The Bell” (also called “The Beggar”) in a chapter called "Guy de Maupassant" in his 1969 book, Letters from 74 Rue Taitbout (a book in which each chapter is a "letter" to someone significant to him, living or dead):

Guy de Maupassant: I remember wandering around one afternoon at Fresno Technical High School, where I was learning typing, eleven or twelve years old, in 1919 or 1920, desperate as only a man of that many years can be, angry at something or somebody, alone in spirit, bored, and hoping that I might find in the library something to speak to me.

I found a story called “The Bell.” I sat down and began to read it, not knowing what it was or what effect it was going to have on me.

Guy de Mauspassant, your story told me to write, and that’s all I needed to know.

Six or seven years ago your specialist, Artine Artinian, an editor and translator, wrote to writers all over the world inviting them to say what your writing meant to them. Many were faithful, or at any rate almost so, but many more were almost embarrassed that they had ever been deeply moved by your writing or had ever cherished it.

Well, the hell with them. I remain faithful.

Your writing is your writing. Nobody else has ever written in that living manner, and every writer who has ever read your writing has been improved by it.

I thank you again, as I do every year.

Literary analysts and Saroyan enthusiasts are lucky that in his later years, Saroyan reflected on his life and career extensively, giving us special insight into the mind of a great writer.

The full text of Maupassant’s “The Bell”/ “The Beggar” can be found here. 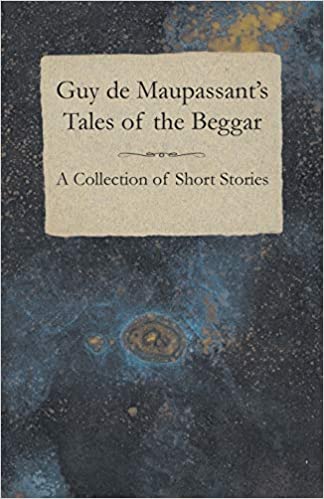 The World of William Saroyan 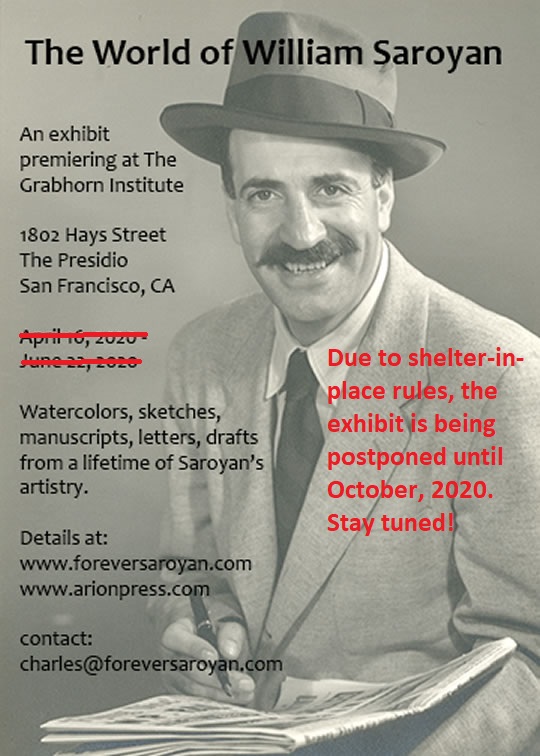 For the first time in more than ten years, the world of William Saroyan’s artistic and literary creation will be unveiled in his beloved San Francisco in a sweeping exhibition featuring drawings, paintings, unpublished manuscripts, correspondences, musical compositions, and ephemera. Known as a prolific creator, winner of both an Academy Award and the Pulitzer Prize, Saroyan wrote or painted nearly daily for decades and saved much of this output for posterity.

In 1934, twenty-six-year-old Saroyan debuted on the American literary landscape garnering critical accolades. His short fiction was unconventional, rhythmic and fresh, exciting a country in the depths of the Depression. At a time when his Salinas Valley contemporary, John Steinbeck, was writing about the gritty realities of working life in California, Saroyan presented a hopeful view of humanity, highlighting the California that was a haven for hard-working immigrants who struggled but also celebrated life in their adopted land. Writing extensively about Fresno and San Francisco, there is much for locals to relate to in his body of work. Until his death in 1981, Saroyan wrote about his lived experiences, harnessing stories from his own life, imbuing them with the surprising combination of authenticity and parable.

In this exhibit, Charles Janigian, a cousin of William Saroyan, shares his private family collection with the support of The Grabhorn Institute. Special programming will accompany the exhibit to be announced.

This exhibit was originally scheduled for April 16, 2020 - June 22, 2020. Due to the spread of the coronavirus and California's shelter-in-place order, and to protect our community, we will be rescheduling the exhibit. Please stay tuned for new dates and events. Our prayers go out to all during this time of worldwide crisis. Be well!