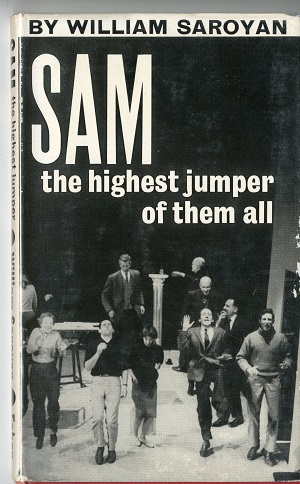 Michael Forrest - Blind Man, Man with Clock, and Discusser of Gun and Egg-beater

Robert Mill - Ambassador from the Audience to The Play

Rehearsals for Sam, The Highest Jumper of Them All began before Saroyan had even completed writing the play.

Reviews for the play were harsh. United Press International's review opens with "There were times when I felt that I was slowly drowning in a tub of golden syrup."

Variety referred to the play as a "inconsequential muddle."

The play has rarely been revived, notably by the New Theatre in Sydney, Australia, in 1968.