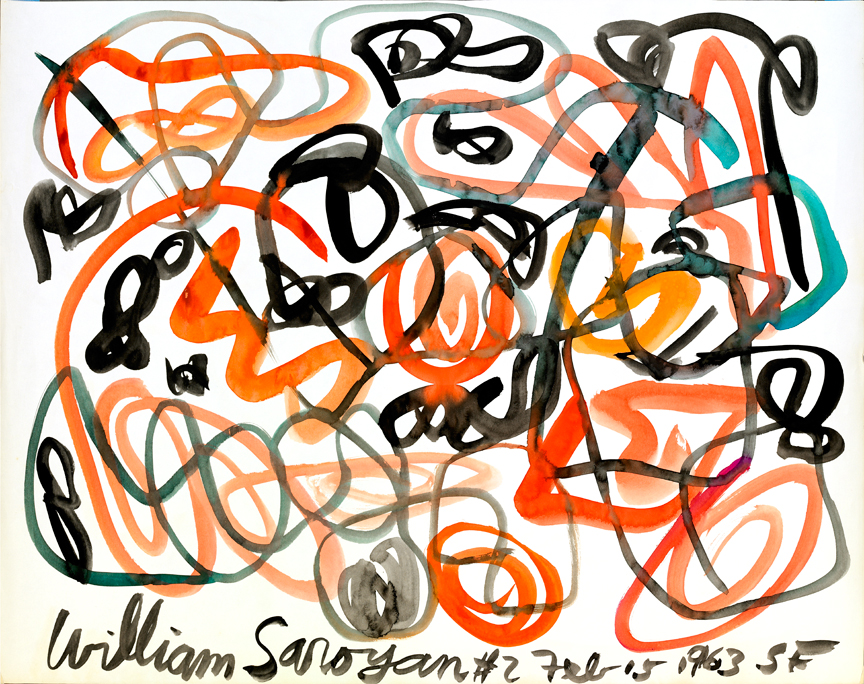 Saratoga, CA —  William Saroyan - author, Californian, Armenian - was incredibly popular in his lifetime. Writing about the immigrant experience and the human condition, Saroyan’s prose is just as accessible and relevant today as it was when he wrote it in the mid-20th century. Born in 1908 to Armenian immigrant parents, Saroyan would win the Pulitzer Prize for Drama for his play The Time of Your Life, the Academy Award for Best Story for The Human Comedy, and would influence authors as varied as Jack Kerouac, Stephen Fry, Kurt Vonnegut, and Peter Coyote.

On August 1st, 2022, the first exhibit of Saroyan’s art output this decade will open at the Saratoga Library in Saratoga, California. This exhibition will feature seventeen pieces by Saroyan from the 1930s and 1960s, as well as material relating to his career as playwright, screenwriter, and lyricist.

He created art throughout his life, beginning with geometric pencil drawings in the late 1920s and early 30s. These works, often drawn on Vanity Fair Florists stationary, reflect the Art Deco architecture and design of the time. By the late 1950s, he was creating watercolors and ink drawings. The forms he painted, line-based with an expressive color palette, were Abstract Expressionist in nature, exploring form and color theory while still maintaining a constrained presentation that spoke of his earlier works. Some point to his friendship with Manuel Tolegian, former travel partner of Jackson Pollock, as being key in helping define new styles in expressive painting.

The exhibit opens on August 1st and runs through September 30th, 2022, in the main entry hall of the Saratoga library. Library hours are Mon-Tues – 10am to 9pm, Wed-Sun – 10am to 6pm. The exhibit was curated by Chris Garcia and Dori Myer. Materials about the exhibit will be available in print, and on-line on the Forever Saroyan website – http://foreversaroyan.com.

As a celebration of the exhibit, Forever Saroyan will be hosting a special event on August 6th running from 1pm until 5pm. There will be a special exhibition of artifacts about Saroyan, as well as an audio-video presentation featuring the words, and music, of William Saroyan. At 2:30, author Mark Arax will deliver his talk Echoes of Saroyan, looking at Saroyan’s impact on him, how Saroyan viewed the world in his time, and how he’d see the world of today. Mr. Arax is an author and journalist whose writings on California and the West have received numerous awards for literary nonfiction. He is a former Los Angeles Times and The California Sunday Magazine staff writer and has authored four books, including the William Saroyan Prize winner The King of California.

Forever Saroyan, LLC, was founded by Saroyan’s cousin, Charles Janigian, to preserve, protect, and honor the memories and legacies of the Saroyan and Minasian families. Although this is a privately funded family archive, we make our unique materials available to the world via our website, www.foreversaroyan.com and local exhibits, so that the next generation of scholars and enthusiasts will study and write about Saroyan and his family. 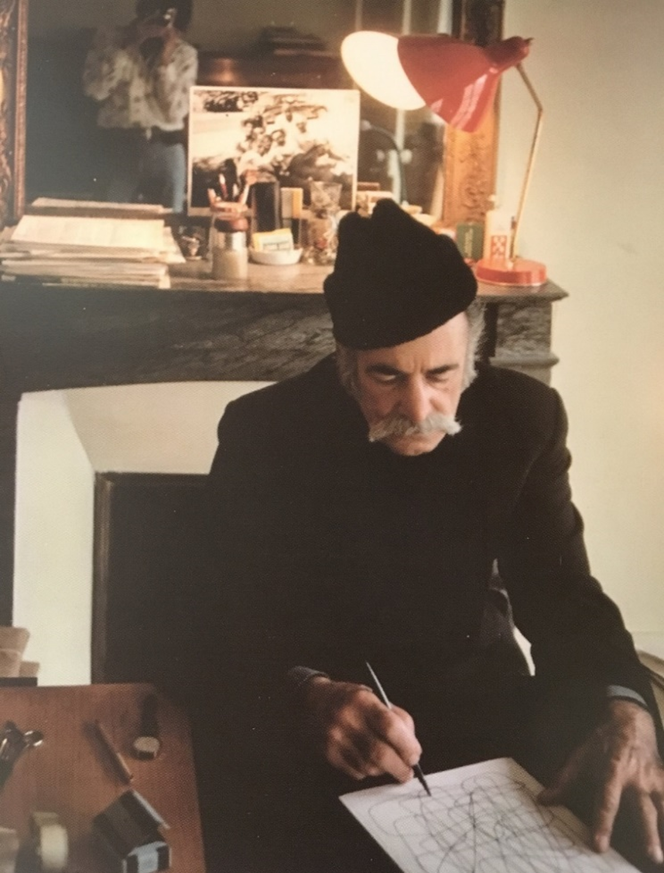