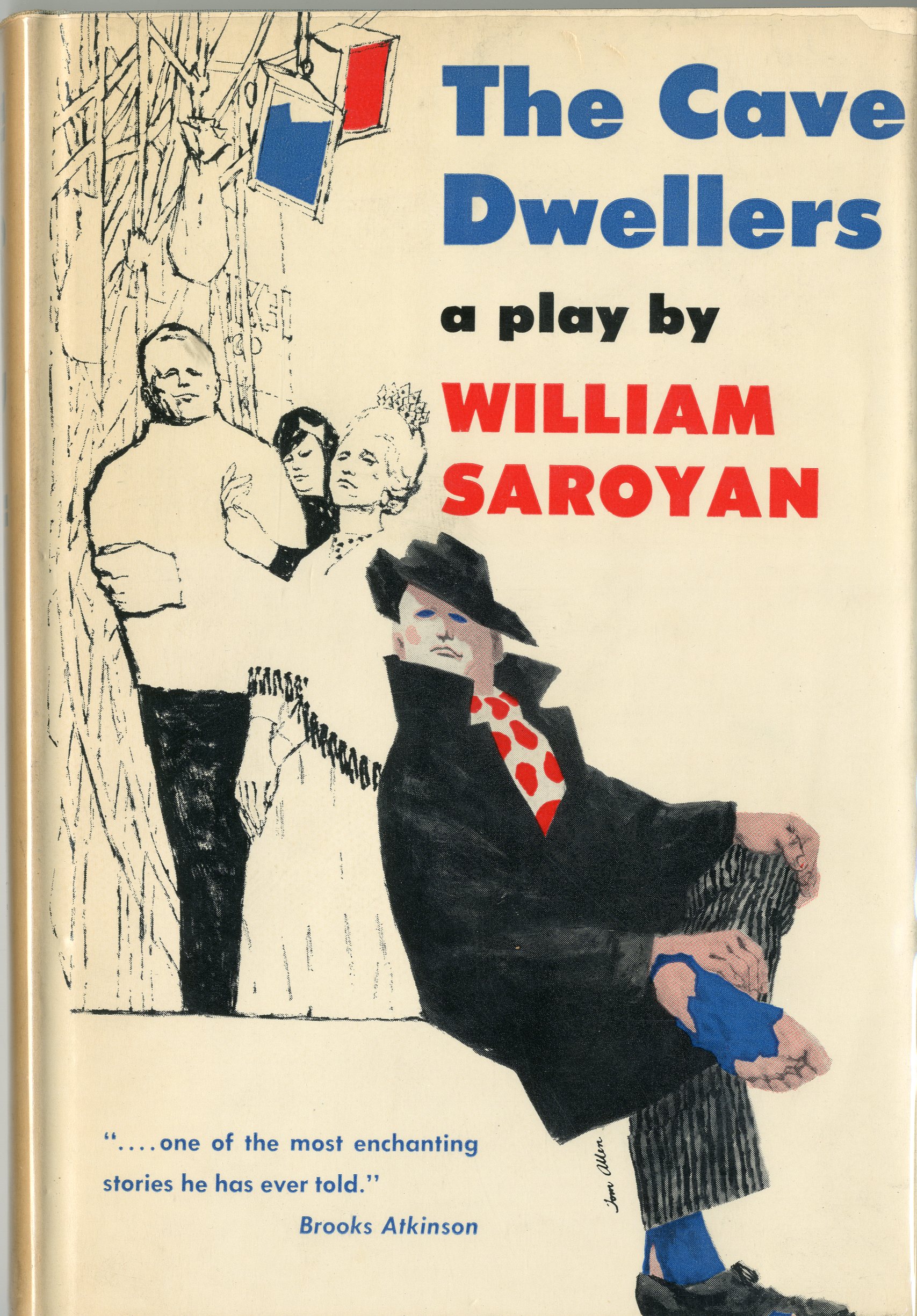 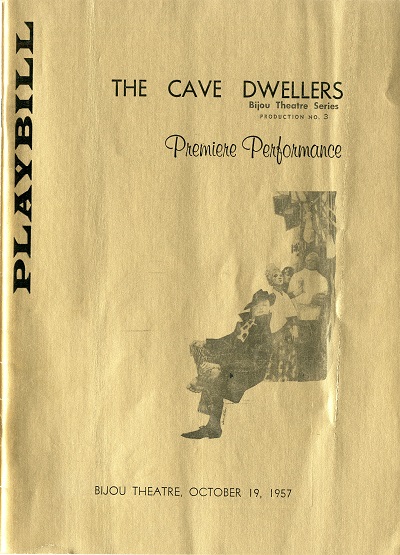 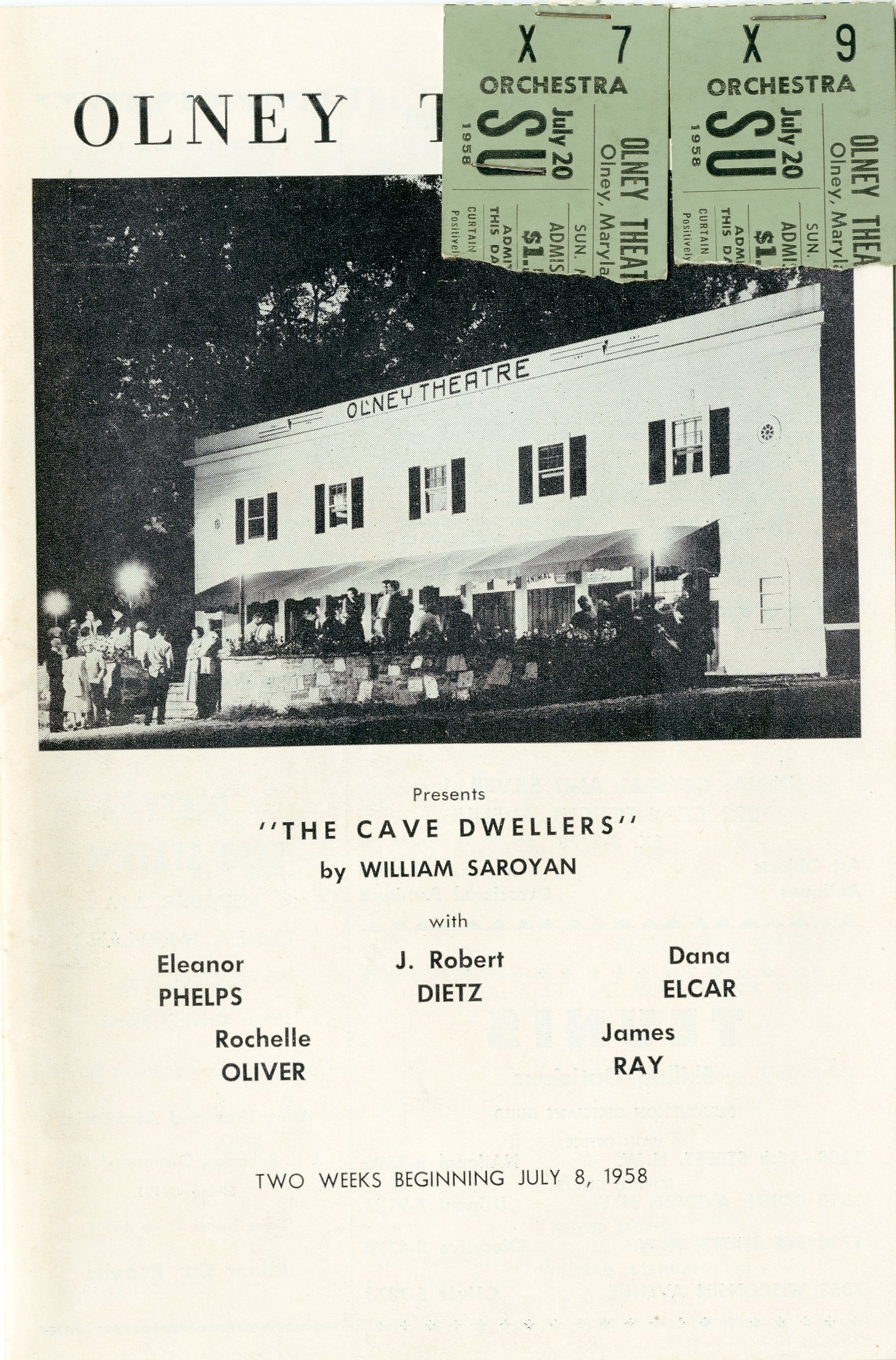 Saroyan's first play on Broadway in since 1943.

Reviewed on Oct. 27, 1957 for the New York Daily News by John Chapman ("The Cave Dwellers is a Warm, Lovely Play, Splendidly Staged and Acted.")

Reviewed by Brooks Atkison for The New York Times ("On Broadway fourteen years. have passed since William
Saroyan last invited us to sit down to listen to a story. "The Cave Dwellers," which opened at the Bijou on
Saturday evening, is one of the most enchanting stories he bas ever told.")

Al Lewis, best known as Grandpa Munster from the television series The Munsters, played The King in a 1976 production of The Cave Dwellers at The Mary Moody Northen Theatre in Austin, Texas. Future Star Trek actor Tim Russ played The Duke in the same production.