Original Production - Cornell Summer Theatre, Ithaca, New York (along with Budge, Not Budge, Star Struck, and Overrulled as a night of one-acts)

Performed at The Amato Theatre, New York (As Floydada, with Hello Out There and Opera, Opera) on December 23, 1955. This was the first professional performance of the show.

Reviewed in The Ithaca Journal by Willard Straight on July 27th, 1940 ("'The Hungerers,' by William Saroyan, is a fantasy, serious in thought, but sparkling with humor at times.")

Reviewed in The New York Times by Brooks Atkinson on December 22, 1955 ("...the total play is hardly more than a wistful mood.") 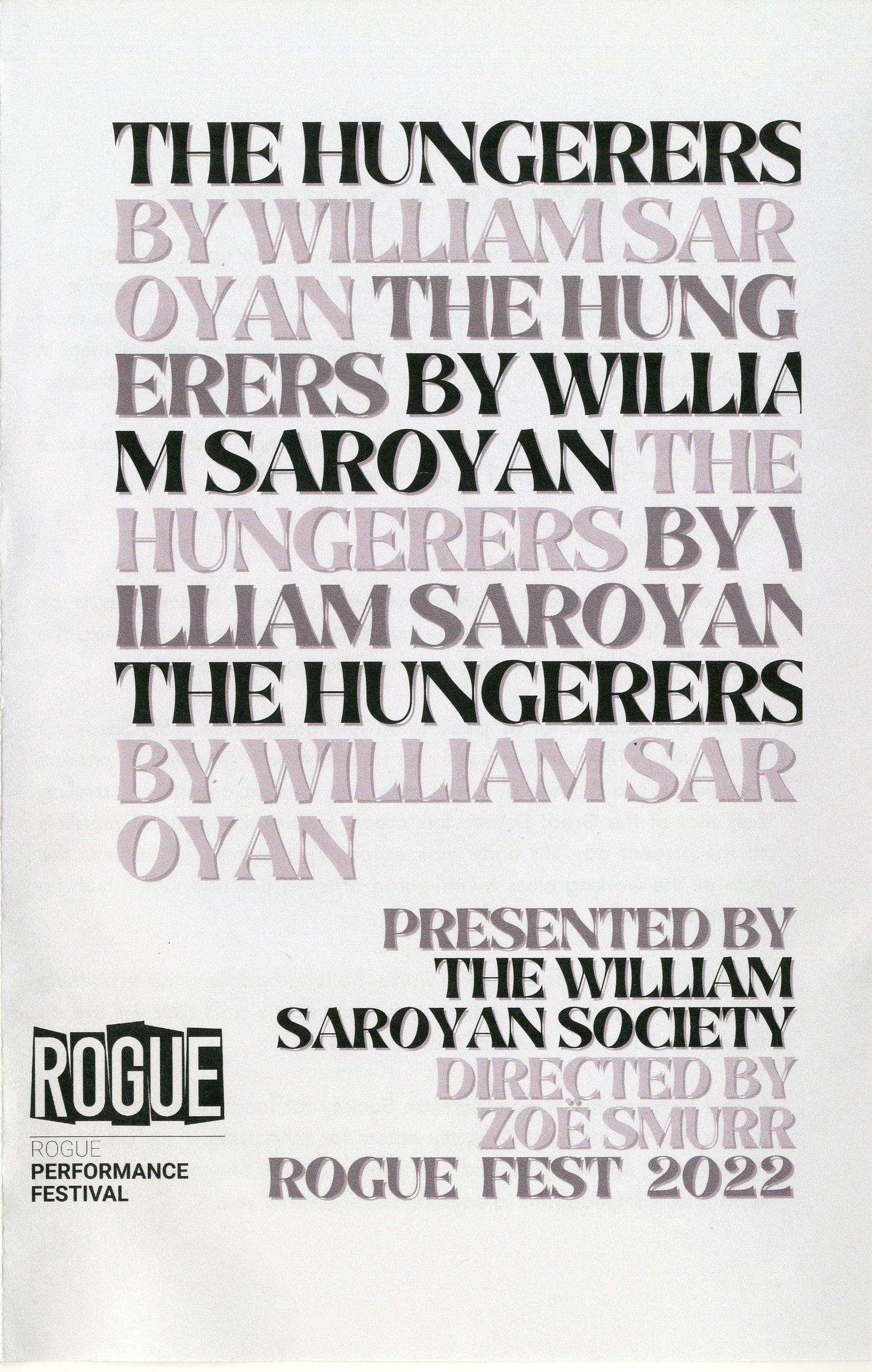 Included in Bennett Cerf's The Best One-Act Plays of 1940.