Since 2020, Archivist Dori Myer has been taking on Saroyan's memoir Places Where I've Done Time chapter-by-chapter in her YouTube series The Place of Places. Her work has delved deep not only into the places, but into the various forms of William Saroyan that inhabited each of them.

This episode, about Saroyan's 1935 visit to Moscow following the success of The Daring Young Man on the Flying Trapeze, hits on some incredibly poignant topics to the world situation today, as well as the course of 20th century world history. This is a transcription of the full video with abbreviated visuals. 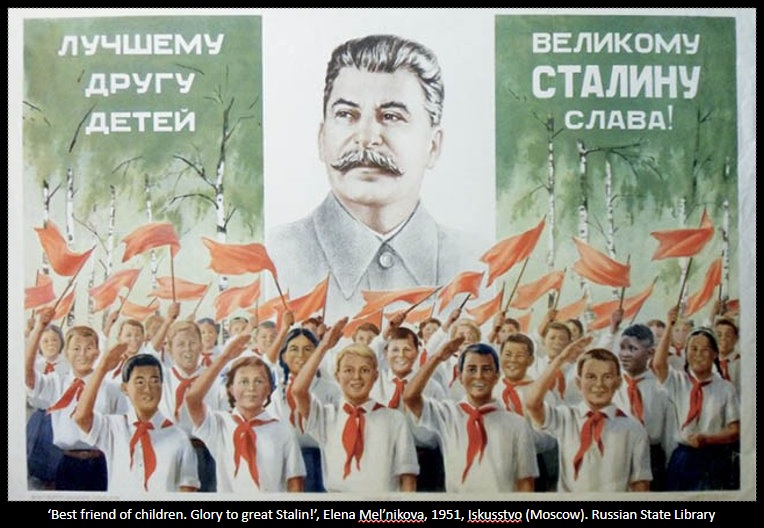 Welcome back to The Place of Places, a chapter-by-chapter analysis of Williams Saroyan's 1972 memoir, Places Where I've Done Time. Today, we check into the Bucharest Hotel, Moscow, 1935. This was part of Saroyan's first big European trip. He would stay in London, Paris, Sweden, Austria, Russia, Finland, Soviet Armenia, and others along the way, traveling by ship and train. Stalin had taken control of the Soviet Union following Lenin's death in 1924, and by the 1930s, it was clear that his regime was totalitarian and incredibly abusive, to the great shame of international communists who had supported Lenin and Marxism. In the United States, the Communist party of the United States of America (CPUSA) was fighting for workers’ rights, unions, and for fairness against an ultra-capitalistic economy that was exploiting workers and making business owners into oligarchs. Saroyan was for workers’ rights and his ideology did align with the American communists on a lot of issues, but he was always quick to point out that he never joined their cause officially, though at times they wanted to take credit for him. In Obituaries, he wrote a diatribe that settled the issue:

"And I have never had any use at all for any kind of foreign government or system and was especially amused when all of the supposedly or theoretically good and important writers of America got themselves into a lather, believing that by God at last, the world was going to be decent to everyone. And the whole human race was going to be given a chance to breathe freely at last and enjoy the fruits of wealth by means of Marxist, Leninist, Stalinist, Russianist, Bullshitist, social revolution.

Gad, what jolly and mean bastards all those superior punks, male and female were, what poisons they released inside themselves and through the pores of their bodies upon such fools as all who did not join them. And I did not, could not, would not, both because they were full of shit and because they were all sentimental slobs and all-around assholes. But for a while, during my earliest years as a published writer, I actually believed that something, by God something, could and would make for a more equitable balance among all of the peoples of the world, or in any country or on any continent. I believed that because I wanted that balance to happen, but after I visited Russia during the first half of 1935 and saw the truth and the light and came back to America, I knew I had better put my thinking and longing and believing on another track, moving in another direction and likely to reach either something like the same happy destination or likely to reach the kind of awareness that would make the imbalance at least a little less painful and wrong than it had always been."

For many communists, socialists, and sympathizers, Stalinism was a huge blow that turned them against the Communist party entirely, believing it had been co-opted and corrupted. Saroyan meets William Z. Foster, a high ranking American communist, while in Moscow. He says, "One morning outside the Bucharest Hotel, I chatted with an American who turned out to be William Z. Foster, the candidate for president on the Communist ticket several times. He was sick with despair because Stalin had starved 20 million peasants to death as punishment for not handing over all of their crops and livestock to the Party." 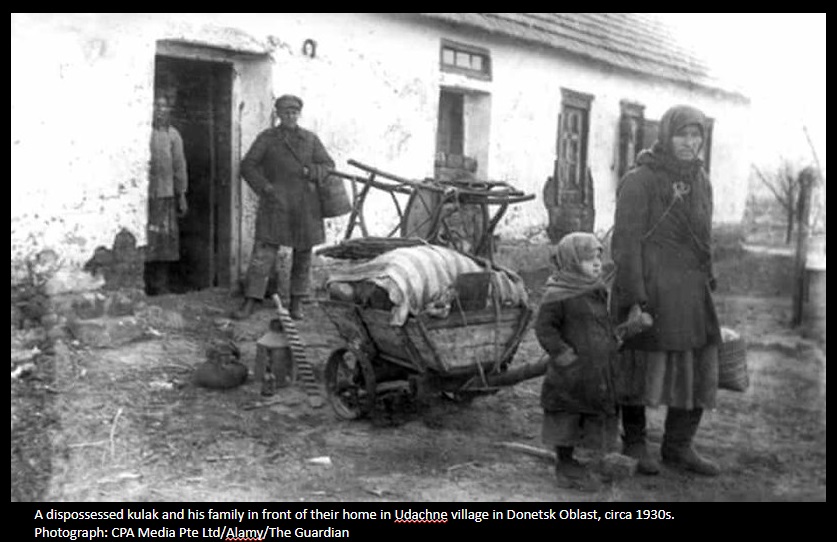 This refers to a major famine that occurred during the winter of 1932 to 1933. Five to nine million people died for Stalin's industrialization campaign that routed all resources, including agricultural, to the cities. This included his intentional starvation of millions of ethnic Ukrainians who had always resisted control and collectivization, leading to many rebellions. This forced starvation wasn't brought to the world's attention until the 1980s, when it was widely considered a genocide. Despite Foster's apparent misgivings in 1935, he would come to openly support Stalin. This type of ideological scheming did not appeal to Saroyan nor to many rank and file socialists and communists in America, as that movement dwindled when war struck Europe.

Moscow was a little unsettling to Saroyan in 1935. He was only 27, traveling the world alone. Upon arriving in Moscow, he was given an Intourist guide to show him around the approved sites of Moscow. Intourist was founded in 1929 to show foreigners around the Soviet Union. It was a propaganda arm, possibly with ties to the KGB, in order to show foreigners only certain aspects of their totalitarian state. Saroyan was assigned a young woman guide who spoke “the odd kind of meticulous, incorrect English that all such people speak.”

She showed him Red Square and Lenin's tomb, but Saroyan was never much interested in sightseeing so much as experiencing the heart and soul of a place. He made his escape from his guide and wandered around Moscow, occasionally getting stopped by Russian officers for stepping into forbidden places. This was likely more dangerous than Saroyan knew, but he made it out unscathed. 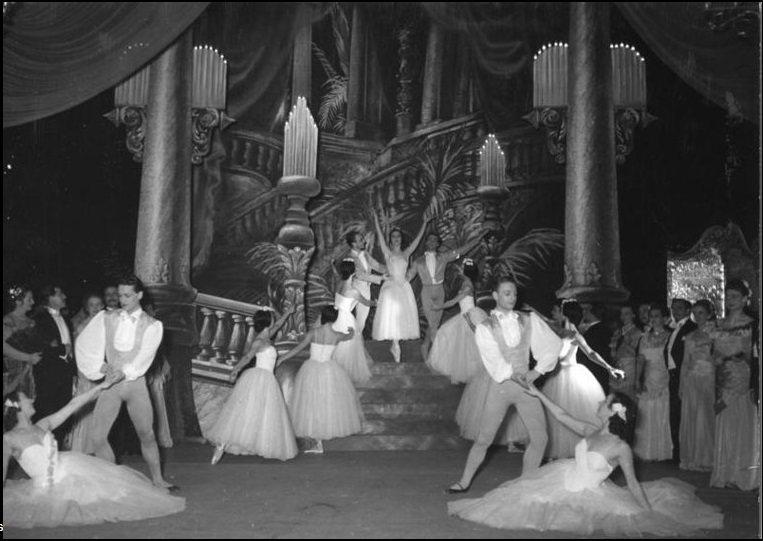 One evening, he went to the theater and "Saw something musical and bright that made me so happy I kept laughing, which compelled people to turn and look at me. Laughing is not frowned upon in Russia alone." He describes watching a play in New York where he laughed so loudly that an usher asked him to be quieter as he was upsetting other audience members. Saroyan's laugh has been described by himself and others as a roar and he became known for it. The play he saw in Moscow was Strauss's Die Fledermaus, which is indeed a comedy. Maybe Russians just chuckle on the inside. Saroyan calls it The Bat and says that the Russians called it, The Flying Mouse, which aligned with the German name. It contained aspects of Vaudeville, which we know would have appealed to Saroyan. He describes eating habits and meals in Moscow, and then meets two New York college boys who annoyed him by claiming to prefer Jack London, which Saroyan also did, and were "obviously rich sons of bitches and Communistic in a snide way."

He decided to write every day on this trip and then go experience the culture outside. Typically he churned out a quick short story and was out in late morning. On his second day in Moscow, he spent four hours writing Moscow in Tears, which he was particularly happy with. Not having any stamps, he gave the story to the hotel's manager to mail to his agents in New York. The story was never sent and is lost to time. Later he suspected that it was read and confiscated, being somewhat critical of the USSR. He called on the Soviet consul in San Francisco about tracing it and the consul admitted it was probably confiscated, asking why he didn't have a carbon copy. Saroyan didn't like using carbon paper and as a result, we learn of many lost stories from those early traveling years.

The Party had asked him to write his impressions of the USSR and the results were not appealing to the Soviets. So, he wasn't allowed to meet Maxim Gorky, who had been recruited to lead Soviet writers due to his fervent support of Bolshevism. With time, Gorky was asked to censor writers more and more, and he fell out with Stalin. Gorky died in 1936 and Saroyan regretfully never met him.

According to biographer Leggett, in May, 1935, Intourist announced to the American press that this, "Brightest meteor in the literary sky would spend a month among his people, and then proceed to Moscow. He was quoted as wanting to know how Americans felt about the 'New Order.' He said he 'would know if they laughed loudly, like the Armenians of Central California did.'"

Saroyan found the people of Russia dour, and that the promise of equality actually meant the promise of equal poverty. He ran into critic Edmund Wilson in Moscow, who was there on a grant, learning Russian and studying the government for the book To the Finland Station. Wilson would follow Saroyan's career closely and devoted a chapter to him in the book The Boys in the Back Room about Stanley Rose's bookshop. Wilson had to warn Saroyan not to be so vocal about his criticisms of the Stalinist government, as he knew that informers were everywhere and Saroyan was not the type who could keep his mouth shut. Somewhat surprisingly, Saroyan made it out of Russia without becoming a political prisoner.

The Bucharest Hotel was at the time called the New Moscow and it was nothing fancy. It was built in 1898 and first known as the Osipov building, which contained residential units, mostly for government people. 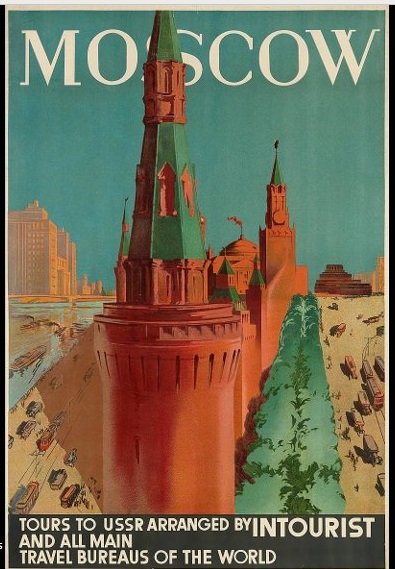 It changed hands after the October Revolution and was then known as the Hotel Novomoskovskaya or Hotel New Moscow. In 1933 Intourist took ownership and used it as a hostel for foreigners to showcase the wonders of Communism until it was renamed the Hotel Bucharest in 1957. In 1992, it was renamed again to the Hotel Baltschug-Kempinski. At seven stories tall, it overlooks the Kremlin, Red Square and St. Basil's Cathedral.

There are several chapters in this book dedicated to that influential 1935 trip. Still a young man, Saroyan was confident and rising in society. Here we have a captivating moment before the USSR was truly closed to foreigners. We see that he ran into Americans there, as the USSR was something of a fascination to Americans long before the Red Scare would paint Communism as the ultimate evil in the world. We also get a powerful glimpse into Soviet Armenia and the feelings of disdain that conquered culture had for its Soviet overlords. Saroyan, though on tour himself, acts as a tour guide for a secretive place at a time of great change.

Why did Saroyan write this chapter? Like New York, Armenia was a place he needed to go to understand his identity. Why didn't he give us a chapter on Soviet Armenia instead? He never did make it to Bitlis that year, his visa not extending that far. Just after the Armenian genocide, the country was annexed by the USSR. Armenia seemed a shell of what Saroyan's family had known in the 1800s. But to tell the story of Moscow was in some ways more thematic to him in this book. He walked around the city and existed as any regular person would - saw a play, ate local food, had a great time on vacation. He writes, "I felt that I was in a world that was different, but not really strange, and I considered everybody a friend." Communists and anti-communists had a certain vision of Moscow, but mostly in his experience, it was just people doing the same things in their city as he did in his, and that included frowning at him when he laughed in a theater, as they did in New York. People were people to Saroyan and this is one of the main themes of Places Where I've Done Time.

For more of The Place of Places, visit https://www.youtube.com/watch?v=ztSuv7hCAyA&list=PLQJXPLW9BbFfaUf9sTX4_tPlWHz7RTJo7