Welcome back to the Place of Places, a chapter by chapter analysis of William Saroyan’s 1972 memoir, Places Where I’ve Done Time. Today we check into The El Rancho Vegas Hotel, Las Vegas, Nevada, 1949.

Here we are again in a hotel, but this isn’t for work or for pleasure. In 1949, Saroyan goes to Nevada to establish residency in order to obtain a divorce from his wife, Carol. This chapter is a tough one, as he explains that he left Carol and the kids in New York, moved to Nevada, and gambled away most of his money yet again, drunk for much of the time. It’s another trip back to a dark time in his life, but it’s a critical piece of the Saroyan life puzzle, nonetheless.

In 1949, in most states, divorce was difficult to obtain and the person seeking separation had to prove fault. In New York, where the Saroyans were living, the state would mainly grant a divorce if proof of adultery was given to the courts. Simply being unhappy, or even abuse that wasn’t deemed extreme, were not allowable reasons to obtain an official divorce. Many couples simply separated but remained legally married, which came with its own risks and dangers. Broader reasons for divorce wouldn’t become legal until the late 1960s in most states, an issue championed by Ronald Reagan in California.

In the early 1900s, in part to attract people westward, some states began relaxing their divorce laws, including the length of time required to prove residency and thus be subject to the laws of the individual states. Idaho, Arkansas, Utah, Florida, and Wyoming were some of the states that had more lenient rules for divorce. But in 1931, Nevada became the most lenient, with a residency requirement of only six weeks. This was again an effort to attract residents to avoid the economic downturn of the Depression. Divorces were good business.

The quickie-divorce boom had begun. Nevada ranchers opened “divorce ranches” to cater to the needs of those spouses who were establishing residency. Nevada also loosened the rules on the waiting period before marrying again, making it possible for people to divorce and remarry their next spouse the same day. Divorce tourism became very popular in the middle of the 20th century. While Reno became known for divorces, Las Vegas was also included in this state law.

Las Vegas would have been the more exciting locale to establish six weeks of residency. Early on, it was often the wife that established residency in Nevada. As it became more and more popular in the middle of the century, Nevada attracted “chivalrous divorces” where the wealthy couple sent the husband while the wife stayed on the east coast so as not to have her life interrupted.

Vegas is closer to Los Angeles, while Reno is closer to San Francisco, if you are California-minded. At the time, Saroyan had more professional opportunity coming from Los Angeles, though this was also fraught with rejections and problems. Vegas was a vice many times in his life. It was the most popular place for celebrities to get quickie-divorces, in general. 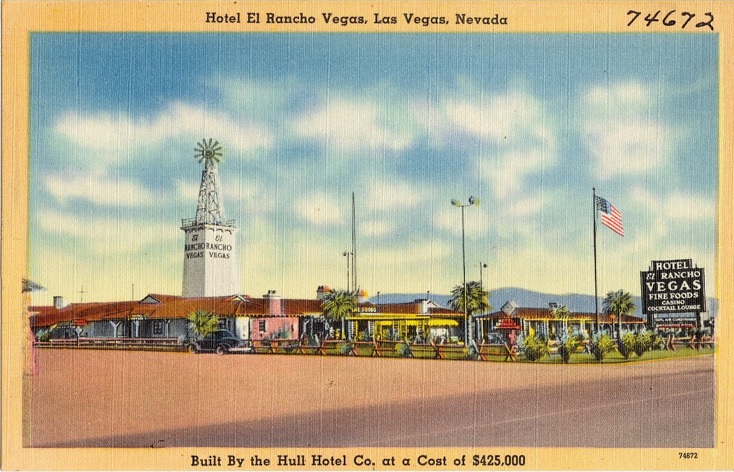 The El Rancho Vegas Hotel opened in 1941, just outside of Las Vegas. At the time, the Las Vegas strip was still Highway 91 and the El Rancho was the first resort there. It had an Old West theme with Spanish-style architecture and cowboy décor. It offered a swimming pool, horseback riding, dinner theater, and most importantly, a casino. Saroyan never had to leave the premises to lose $50,000. These were the early days of the Las Vegas strip, when gangsters started funding casinos. The strip remains outside of the city limits of Las Vegas today, due to an early effort to avoid city taxes.

Saroyan was drunk much of this time and tells us in Sons Come and Go, Mothers Hang in Forever that he met a random writer and pit boss who asked him to write an introduction to his book. Saroyan couldn’t bring himself to read it but wrote the intro anyway. At the time of writing his memoirs, he didn’t quite remember the name of the author or the book or what became of either of them. This was the sort of drunken fever dream associated with bad times in Las Vegas, and it’s almost become a trope in examples like Leaving Las Vegas and Fear and Loathing in Las Vegas. He writes in this chapter, “Every hour I spent in Las Vegas was part of a killing nightmare. It Is a wonder that all I lost was $50,000” (Places Where I’ve Done Time).

Saroyan explains how he got here: “It was November and I had been sick since April, when the little woman had met the terms of a standing agreement between us that if either of us had ever lied to the other in any important way, and had confessed, the marriage must end” (Places Where I’ve Done Time). He explains that he went to Europe where he wandered in a daze for three months. And we learned about this in Chapter 50. He flies to San Francisco and then Las Vegas and makes a deal with his publisher to write three books with an advance of $36,000. Before he knows it, he has lost half of it to gambling, another legal activity unique to Nevada. “I insisted that I would win back my losses and a reasonable profit for my time and trouble, and then I would quit –drinking and gambling both. The divorce would come through, and I would go about my business. I would go back to where I had been before the War, the Army, the Marriage, the Kids, and the Little Bride” (Places Where I’ve Done Time). 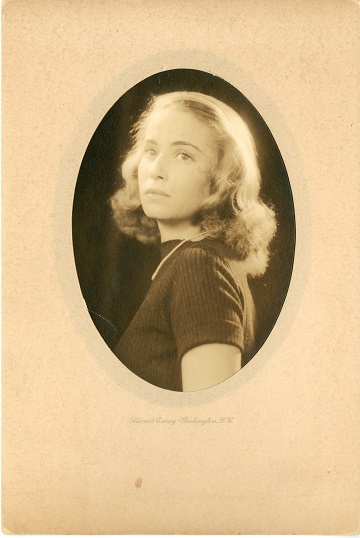 Of course, the lie here is that Carol withheld the fact that she was Jewish from Saroyan. This may seem confusing, as Saroyan had many close Jewish friends, going back to childhood and then professionally in Hollywood and Broadway. But somehow Carol’s lie was more significant. Part of her allure was that she was blonde and pink and rich and so quintessentially looked like she was part of the highest class of Americans, the Anglo-Saxons. By marrying into that group, Saroyan could shed some of his immigrant suspiciousness and be welcomed into the ruling class. And though this may have conflicted with many of his thoughts about the brotherhood of mankind and even his own ethnic pride, a serving of self-hatred if you’re an immigrant or non-white person is built into the American class system.

Aram claims that Bill’s antisemitism came out when he was among Armenians of his own generation, a sort of topic for bonding common among many cultures of the world. As the world’s oldest Christians, it wasn’t uncommon for Armenians of the time to harbor some antisemitism. And as these old ways crept into him, it’s also the time when he began to grow his iconic Armenian mustache, another nod to old traditions.

At times he attempted to make sense of his gambling losses and failures in an optimistic way. He writes in Here Comes, There Goes You Know Who that whenever he lost money gambling, it forced him to be professionally productive.

“My annoyance has conditioned that I have written. Consequently, I have a new book, or a new play, with a style I could not have otherwise put into it. The annoyance about the loss of money, of time and sequence, gave the work its style, and now and then that style has been rare enough to please me. A lame explanation? More than lame—crippled. But maybe it's the truth, too. How should I know? In the meantime, the facts, as they're called. Las Vegas, 1942. Five thousand dollars lost. The Human Comedy written. Two hundred and fifty thousand dollars earned. Las Vegas again, 1949. Fifty thousand dollars lost. Tracy's Tiger, Rock Wagram, and The Laughing Matter written. No dollars and no cents earned, but I have the books, they are there, they are going, they will soon be gone perhaps, but until they are, they are being read and readers are getting something out of them. The style of Tracy’s Tiger could not have come from anything but loss, anger, and finally love. But that’s another department. In the end, anything worth anything comes from love, even when it looks a lot like hate, as in pretty much all of Bierce.”

Rock Wagram and The Laughing Matter were notably both about doomed marriages at their breaking point and the tone is grim. In Rock Wagram, he measures the consequence of being an Armenian man who marries a beautiful, blonde, money-hungry Anglo-Saxon actress. The actress is in many ways unreachable to him and he wonders if they are just too different.

An Armenian woman character expresses Saroyan’s thoughts at the time: “To marry a stranger is perhaps an adventure, but the question is, Can the daughter of people who do not understand us be a true wife to one of our sons? Isn't the eye of the stranger's daughter forever out? Is it fitting for one of our sons to marry the daughter of a stranger?” (Rock Wagram). But then Rock’s grandmother says, “When a man takes his woman, she becomes his woman if he is a true man. If he is an Armenian, she becomes an Armenian” (Rock Wagram). Saroyan’s confusion and anger were put to paper during his time in Vegas. He also mentions in the book that to marry an Armenian girl was like marrying a sister, so that wouldn’t do either. As his fiction was mostly semi-autobiographical, it’s not hard to see where Saroyan’s mind was. He was questioning the entire 1940s, when his life shifted completely and in many ways, he felt he had lost his independence and ability to move swiftly, unencumbered, which he had always valued. The character Rock Wagram experiences the unease of being ripped from the comforts of his Fresno family and friends and thrown into the world of Hollywood and New York, where he doesn’t know who to trust and he feels isolated. This was all coming to a head for Saroyan as he began to search for what had gone wrong and when, still angry and inhabiting a dysfunctional sort of love. 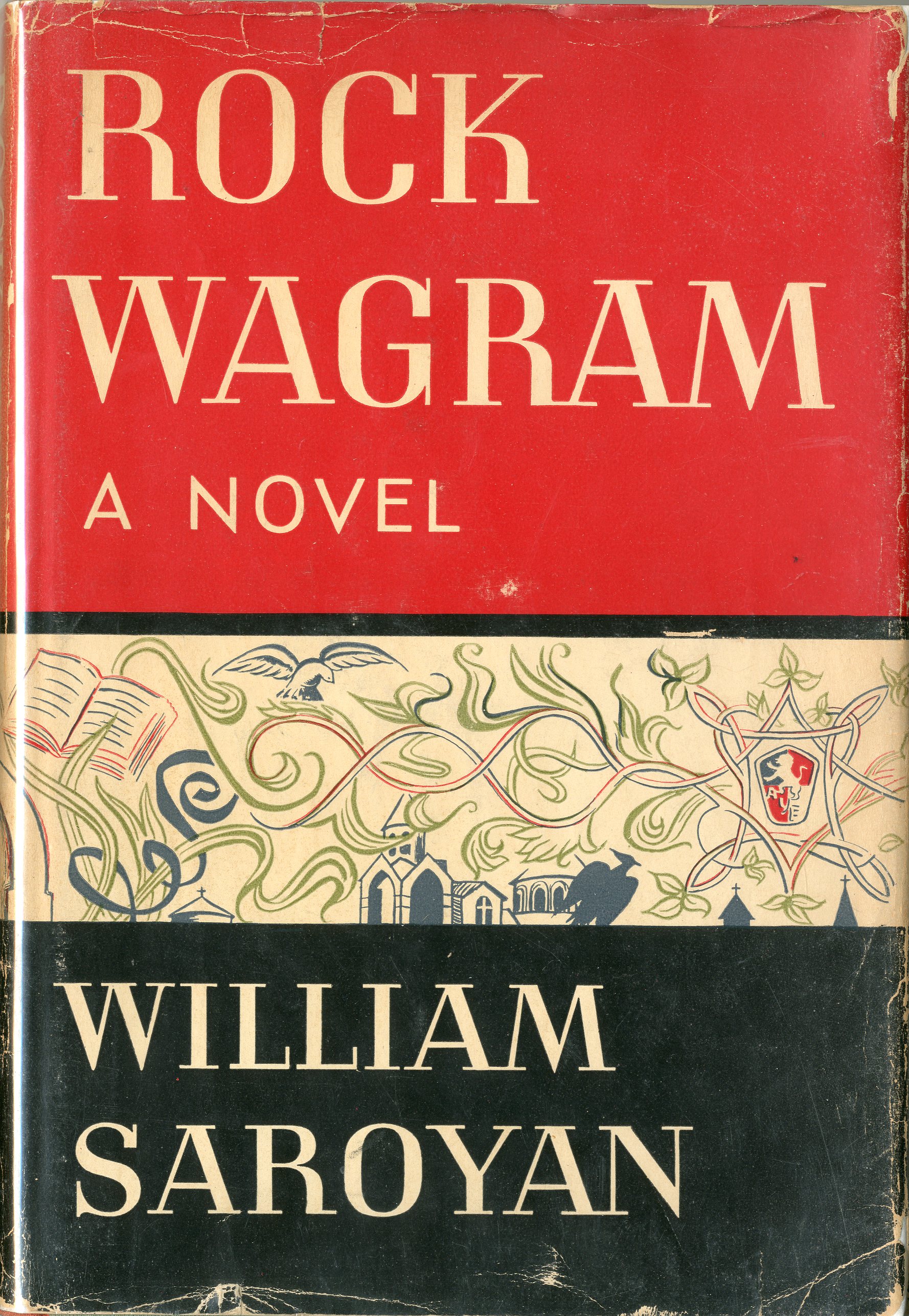 Both Rock Wagram and the Laughing Matter also address the early loss of a parent and what it means to try to be a father in a family. Living in Nevada while his family fell away from him in New York, Saroyan wasn’t sure what his role was or should be. Perhaps there was relief at the freedom from the distractions of family life, but there was also guilt at not being able to rise to the role that he had wanted all his life, to be a father and create a legacy. Possibly the most significant line from the Laughing Matter that scholars focus on is, “The family is all there is. Fool with the family and you've finished everything.”

After the six weeks residence in Nevada, the plan was to go back to Europe, but Saroyan became laden with gambling debts and missed payments to Carol. This is what kicked off a dismal decade in the 1950s, emotionally, financially, and professionally. But with the bad choices came a burgeoning introspection that would lead to a burst of vulnerable, analytical memoirs in the 1960s and 70s.