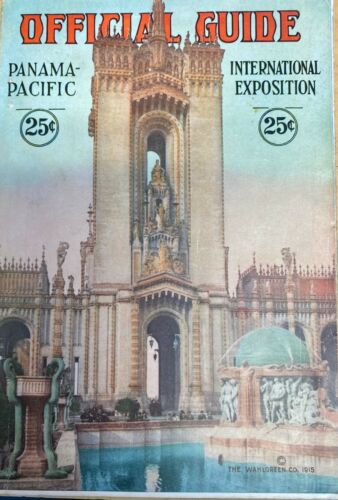 Welcome back to the Place of Places, a chapter by chapter analysis of William Saroyan’s 1972 memoir, Places Where I’ve Done Time. Today we attend The Panama Pacific International Exposition, San Francisco, 1915.

We are still in the orphanage years, but near the end of them. The Ward for Small Boys, consisting of eight children, goes on a trip to San Francisco to see the world-famous Panama Pacific International Exposition. This was an historic event, and the boys were brought at the cost of the volunteer caretaker, Blanche Fulton. The event was exciting, introducing new technology like transatlantic phone calls, various automobile innovations, and airplane advancements, bringing together cultures from all over the world. They took a ferry and then the streetcar, all very exciting for the kids.

Saroyan writes, “Suddenly from around a magnificent oriental building two camels appeared, followed by four Arabs in colorful costumes. One of them was making strange music on a pipe of some kind. I was so surprised and delighted that the image and sound have stayed with me ever since. We saw an airplane flying very low over the waters of the Golden Gate, and then we saw it quickly rise high and begin to do what was then called a loop-the-loop. We saw shining, almost imaginary buildings, full of unbelievable works of sculpture, painting, weaving, basketmaking, products of agriculture, and all kinds of mechanical inventions. It was too much of course for one day, but even when it was time to leave we did so with great reluctance, looking back as if we had been in a place that couldn't possibly be real.”

The exposition lasted nine months and commemorated the opening of the Panama Canal as well as the resurgence of San Francisco after the devastating 1906 earthquake. The Tower of Jewels, a 435-foot building adorned with 100,000 cut gems, welcomed visitors. That led to the Court of the Universe, the centerpiece of the Exposition. Radiating out from this were the more courts and palaces. The Court of the Four Seasons was surrounded by the palaces of Food Products, Education and Social Economy, Agriculture, and Liberal Arts. The Court of Abundance was surrounded by the palaces of Transportation, Manufacturers, Mines and Metallurgy, and Various Industries. The Palace of Machinery, the Palace of Fine Arts, and the Palace of Horticulture stood apart.

Henry Ford had an exhibit as well as Dr. Maria Montessori with her new style of education. For around $20 guests could make a call to New York for three minutes, the equivalent of about $2800 today. 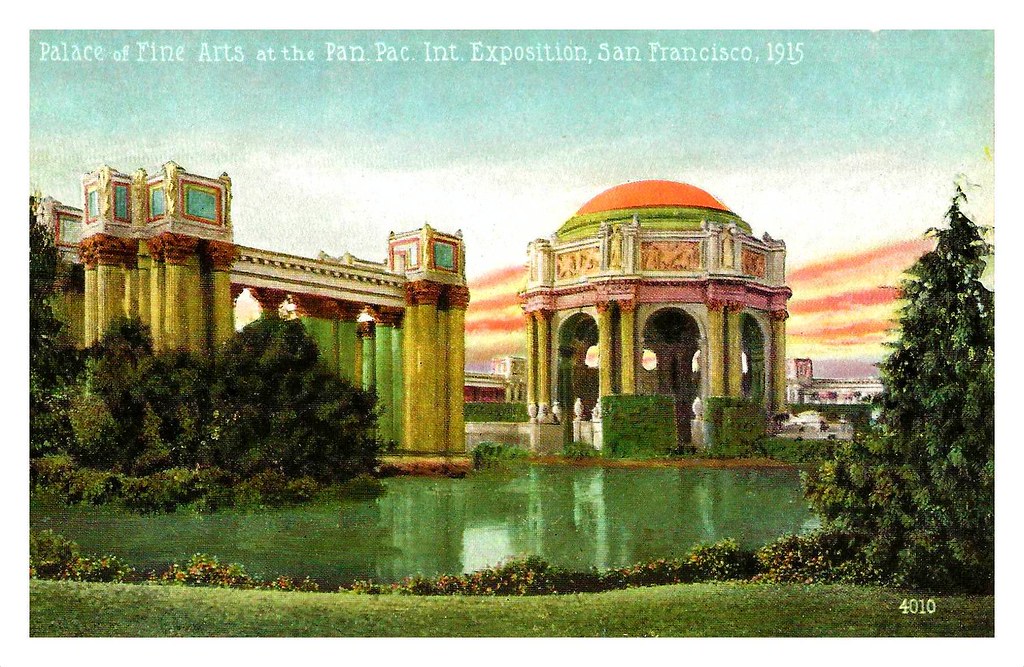 The Palace of Fine Arts is the only palace that remains today, an iconic part of modern San Francisco. Everything was intended to be temporary at the exposition by design, including the buildings, which the architect felt must crumble at the end, to represent every great city creating ruins. An estimated nineteen million visitors attended the exposition over its run.

Airplanes were a major draw at the exposition. Lincoln J. Beachey, who was the first to fly the loop-the-loop in the United States, assembled a set of pilots to perform aerobatic maneuvers over the water. Art Smith performed daytime aerobatic routines and illuminated nighttime flights using incendiary devices attached to his biplane. This is who Saroyan saw, according to his other memoirs. The Wright Brothers had only first flown their motor-operated biplane in 1903 and aeronautic technology was moving fast.

For the young boys of the orphanage, this was a place of inspiration. Saroyan writes, “The whole place was all great space, all light, many sounds, including the human voice, much music, and many delicious and unknown but fascinating odors.” 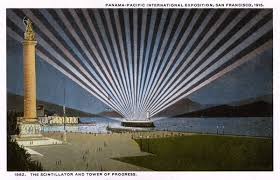 He also describes Blanche Fulton somewhat lovingly. He explains that Blanche agreed to take the boys only if they were the most well-behaved, as she was only one person with eight small children. The boys arrived with freshly cleaned and ironed clothing and were so astounded by what they were seeing that they didn’t have time to think about themselves and hijinks. “She was the rare old maid. Unpaid volunteer, she achieved more important things on behalf of the kids than any of the other people at the Orphanage. What’s more, she liked the kids. She spoke to them by name, and with obvious love, or the disappointment of one whose love has been betrayed” (Places Where I’ve Done Time). She would also regularly bring the boys to Dimond Canyon for nature walks in Oakland and facilitated artmaking opportunities at the orphanage.

Fulton buys the boys Scotch scones and Willie is reminded of his mother, who he heard was working at the fair selling scones. “I didn’t see her. It was all right, though. I was well, and having the most incredible time I had ever had.” And when he arrived back at the Orphanage, the boys had a big meat-pie dinner and the big boys who had not been to the fair asked about it. There is a fair bit to unpack here. Blanche Fulton was a surrogate mother to the boys, and even when he thought about his mother it was brief in favor of the event Blanche had brought them to. And then there was going home and having the attention of the bigger boys, which he always craved. 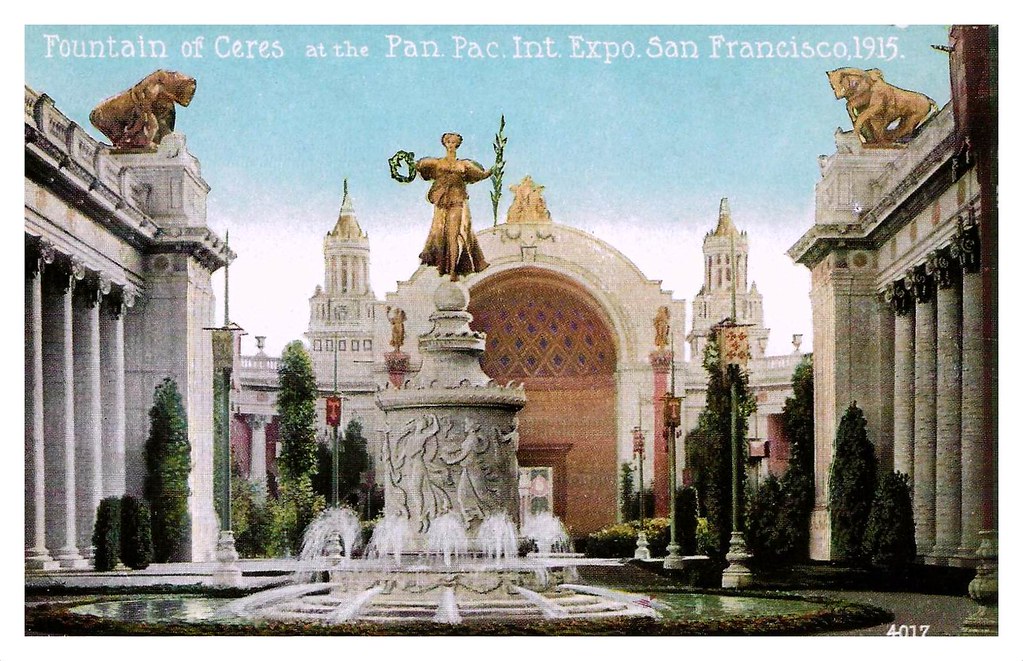 In Sons Come and Go, Mothers Hang in Forever, he has a chapter titled, “The Rejected Mothers, Lillian Pender and Blanche Fulton.” Pender was an artist, designer, writer, the wife of the superintendent John Wesley Hagen. Willie considered her icy. Fulton was warm, from a wealthy family, and only expressed disappointment rather than anger with the boys. “Blanche Fulton was a volunteer social worker who took all of the boys in our Ward on various little outings and excursions, bought paper and Crayolas for us at her own expense, and expressed delight in our work, or disappointment when we behaved without sensitivity and courtesy. I used to whistle a lot, for instance, and for some reason she was always asking me not to—that is the worst thing I can say of her” (Sons Come and Go, Mothers Hang in Forever).

However, there was always a distance between the staff of the orphanage and the children.

“But neither Lillian Pender nor Blanche Fulton were actually anything at all like real people to us – they were part of the orphanage, they came with the place, like the rooms and the furniture, the rules and the conspiracy among the inmates to get away some day and get even. Get even for what? For the insult of being made a member of a kind of children’s army, I suppose…

What names, what faces, what hands, what costumes, they wore, what scents came from them, what voices they had, and how deeply useless and even outrageous their connection was with us, total strangers to them long after we had been there for years: for the simple reason that they were not ours, they were theirs, and there could not be any way to change that. But they were fine women just the same. They tried their best to be mothers to the sons of unknown mothers, mad mothers, criminal mothers, and all kinds of other mothers. But the sons wouldn’t have them, couldn’t have them, had to have the original or no mother at all.” (Sons Come and Go, Mothers Hang in Forever)

From a social standpoint, it’s tragic that this wealthy volunteer was bringing young Willie to the Exposition and giving him this lifelong memory, while his mother was likely there too, alone and working to earn enough money to take the children home. Happily, she did take them to Fresno not long after he visited the Exposition. Once again in Saroyan’s narrative, he analyzes the role of the mother in all its forms. 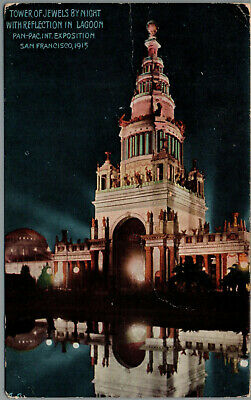 The Orphanage raised him as an American, and though many of the boys came from immigrant cultures, those were washed away while they lived together. Saroyan has written about the Exposition in other memoirs, as well. He notes that the marches of Sousa were all the rage there. When he finally gets to Fresno, he hears Armenian music for the first time, and it occurs to him that this is his music, his culture, and that he loves it deeply right away. While he didn’t make much of his last name at the orphanage, it suddenly meant something to him once he got to Fresno, among family and among bigots, as well.

Saroyan on some level understood the concept of assimilation early on. The Orphanage found it easier to handle the children in a one size fits all manner. When he moved back to Fresno, he was suddenly part of an intense culture, in the minority and disliked by many of the established residents. This discrimination was new to him, as was feeling different in any way. When he left Fresno, he knew how to fit in and how to stand out, equally. This allowed him to rub shoulders with celebrities and also lift up members of his family when he could. Scholars have considered the 1950s and 60s a time when Saroyan engulfed himself fully in his Armenian culture for the first time in adulthood. He grew the Armenian-style mustache, spent more time with his extended family, and eventually took an important trip to Armenia in 1964, when he was finally able to reach Bitlis. He was also writing for The Armenian Review, a niche periodical with a much smaller audience than his usual publications like The Saturday Evening Post.

This chapter celebrates the Exposition and the widening of a young boy’s mind, a boy with imagination waiting to be sparked. Saroyan lived through an astounding part of American history, when new technologies, new illnesses, wars, and travel changed the landscape of the culture and the lives of the common man. This moment as a seven-year-old was iconic, reflecting the future that lay ahead for the country and the changes, big and small, that would bring massive shifts to his own life. 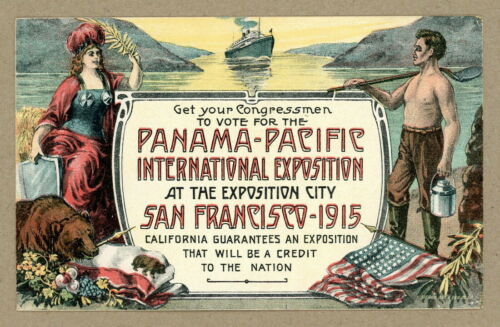