The Place of Places -The Royal Hibernian Hotel, Dublin, 1939

Welcome back to the Place of Places, a chapter by chapter analysis of William Saroyan’s 1972 memoir, Places Where I’ve Done Time. Today we check into The Royal Hibernian Hotel, Dublin, 1939.

Saroyan is flush with cash and fame in 1939. The gravy train that started running in 1934 wouldn’t stop until the outbreak of war. After the success of The Time of Your Life, he took a trip to Europe. He writes, “Stopping at hotels in the big cities of the world is a joy to a new traveler, and I must not forget this, for it is one of the delights of the human experience. The hotel one stops at in a new city doesn’t have to be the best in town by any means. It can even be one of the worst, but being there, in that new city, is a beautiful thing. Everything is new, everything is different, everything is ready and right. The old, shabby hotel is new to the traveler, the old furniture in his room is new to him, the old people at work in the hotel are new people, and different, and astonishing” (Places Where I’ve Done Time). 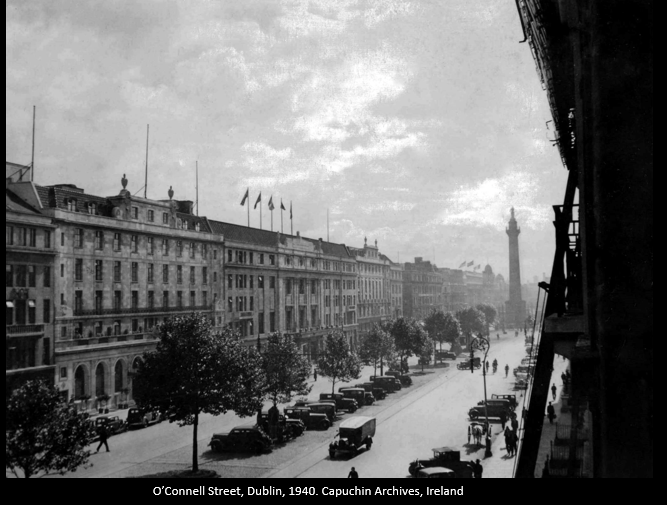 On this trip he would be visiting London, Paris, and Dublin, before rushing back to New York and San Francisco to work more. As the shroud of war fell over Europe, people in Dublin felt unmoored. Even though it was England that would bear the brunt of the war with Germany, the sense of inevitable destruction was felt by all in Dublin. When Hitler invaded Poland in September of 1939, Britain and France declared war on Germany. Saroyan was visiting in July of 1939. He tried to ignore the dread, going out and drinking with Irish authors and new friends, trying to enjoy travel as much as he always had. But the air was thick with fear and he knew that ignoring it wouldn’t stop war from reaching him.

In Europe, some things could feel immutable. The Royal Hibernian Hotel was built in 1751, the oldest hotel in Ireland. Even the name Hibernia was the ancient Latin geographical name for Ireland. Ironically, the hotel was favored by British Army Officers following the Act of Union in 1801 that created the United Kingdom of Great Britain and Ireland. The Hibernian was known for its culinary quality and though Saroyan claims he got one of the below average rooms, he explains that it was one of the best hotels in Ireland at the time. Though Europe was already beginning to crumble, it seemed impossible that such established places could change. The Royal Hibernian closed in 1982. 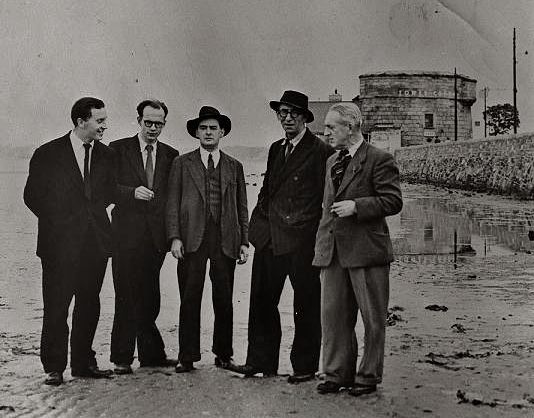 This was an important trip to him and he writes about it in his memoirs frequently. In this chapter, he writes, “Ireland was a place of great and deep meaning to me.” From an early age he had admired Irish author George Bernard Shaw. As an adult, he considered James Joyce one of the finest writers there was. He felt that Joyce was the father to Samuel Beckett and Flann O’Brien, as well as most modern Irish greats. Saroyan shared some sensibilities with the Irish tradition of writing, including an emphasis on the act of storytelling. In the mid-20th century, Irish fiction would lean into modernism and absurdism, both genres that Saroyan naturally fell into.

In I Used to Believe I Had Forever, Now I’m Not So Sure, he tells us, “I had made a point of getting to Europe once more before the beginning of the war that everybody knew was now unavoidable. My route was London, Paris, London, Dublin, and back to New York.” On that trip in 1939, he finally got to know professional writers that he really liked. He had been isolated in Fresno and San Francisco, and even in New York he interacted more with actors than other writers. In fact, only in Hollywood had he been friendly with other writers, and most of those friendships didn’t last, apart from his lifelong bond with John Fante.

Once he got to Europe in 1939, people started recognizing him. This happened in Paris when bookstore owner and American ex-pat Sylvia Beach recognized him and put him on the phone with James Joyce, an astounding moment to him. And it happened in Dublin when Frank O’Connor recognized him and brought him out with a handful of young Irish writers. Saroyan tells us that O’Connor was a short story writer who was about to become famous in 1939. He explains they he and O’Connor and O’Connor’s future wife, Evelyn Bowen, went to get coffee. “I just sat there and drank coffee and listened and talked and felt great.”

Writing is such a solitary endeavor that it was hard for Saroyan to connect with his colleagues very often. Though he did collaborate with artists and writers throughout his career and wrote countless introductions for other authors’ books, the chance to casually chat without ego was one he cherished. On a walk in London during that same trip in 1939 he also had a good conversation with editor and writer Edward O’Brien, one remarking on how many writers claimed to be communists and yet only cared about each other, not the poor or the homeless they met on the street. Saroyan enjoyed relating to his colleagues, the only people who could know what being a writer really felt like. On this trip to Dublin, he tells us he also met Sean O'Faolain, Niall Montgomery, and Flann O’Brien. O’Faolain was slightly older and also known for his short stories, like Saroyan and O’Connor. Montgomery was an architect, poet, artist, playwright, and literary critic who would receive praise for his analyses of Joyce and Beckett. 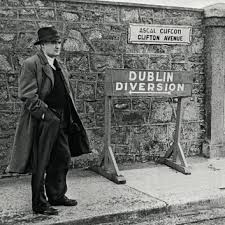 O’Brien was actually a pen name for Brian O’Nolan. The trip was inspiring and he particularly hit it off with O’Nolan. In fact, with O’Nolan’s approval he borrowed a discarded name for O’Nolan’s book, At Swim-Two-Birds. This was Sweeney in the Trees. When Saroyan returned to San Francisco, he wrote a play of that name. In 1938, O’Nolan wrote a letter to his agent about the title: “I’m rather surprised that Longman’s don’t like the title SWEENY IN THE TREES. It certainly seems preferable to AT SWIM-TWO-BIRDS, which I now like less and less” (Journal of Irish Literature 1974-01: Vol 3 Iss 1). O’Nolan and Saroyan admired each other. Saroyan appreciated the satirical works O’Nolan was putting out. O’Nolan appreciated that Saroyan was making money as a writer. In Anthony Cronin’s biography of Brian O’Nolan, he writes that Saroyan’s visit to Dublin in 1939 was a breath of fresh air for the Irish writers. Saroyan was proud of the money he had made with his successful hits. To O’Nolan, Saroyan proved that one could make money writing, and Saroyan promised to connect him to his agent, Harold Matson, in America. Matson wasn’t as impressed with O’Nolan and the relationship didn’t go far, but it was characteristic of Saroyan to try to help his friends make their mark in the industry, whether it was in Hollywood or New York. O’Nolan and Saroyan corresponded regularly for a time after they met in 1939, though they didn’t stay close. 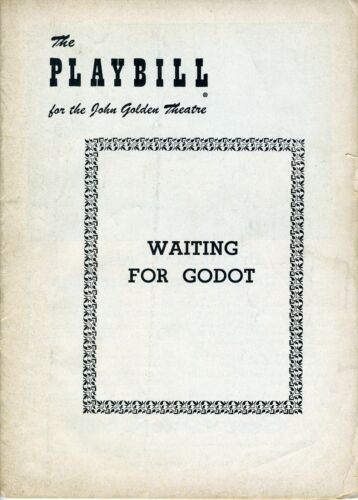 Later in the 1950s, Waiting For Godot would premiere in America, an absurdist play that some people felt was about nothing at all. It received both wildly positive and wildly negative reviews. Saroyan liked it and wrote the introduction liner notes for the Columbia recording of the Broadway performance. When Saroyan wrote The Cave Dwellers, critics claimed it was inspired by Waiting for Godot. Saroyan, however, believed that Waiting for Godot was inspired by parts of The Time of Your Life. Playwright Samuel Beckett merely found that amusing. Beckett was another Irishman with a similar outlook to Saroyan.

This chapter is filled with the opposing feelings prevalent everywhere at the time. Though he admits he had a grand time with the Irish writers, he repeats that he felt the approaching war and kept having to push that feeling down. At that time, he didn’t know how much the war would affect him, as a soldier and as a person and writer. His career would never flourish like it did before the war, and the last breath of success in 1939 stuck with him as a pivotal moment in his life.

By 1946, emotionally wrecked and struggling with the poor reception of The Adventures of Wesley Jackson, Saroyan began looking back over the year 1939, realizing how remarkable it had been for him. That year he had traveled to Mexico, Cuba, London, Dublin, and Paris. He purchased a house in San Francisco for his mother and sister. He wrote the plays Elmer and Lily, The Hero of the World, Loves Old Sweet Song, and Sweeney in the Trees. Two Broadway premieres had occurred: My Hearts in the Highlands and The Time of Your Life. He wanted to write about that dazzling year and gave the draft the title Early Thursday. He gave himself a quick deadline as usual but couldn’t seem to achieve what he wanted. When he re-read his chapters, he found that they were just retellings of stories he wrote in 1939. Nothing seemed to work out and he ended up abandoning the book, opting to create a collection of reprints instead, which was rejected by his publishers. The more he tried to think about 1939, the more mental blocks he found, and that wonderful year became closed off to him as his life continued to unravel after the war.

This chapter is perhaps a type of redemption. By 1969, when he began writing Places Where I’ve Done Time, he was able to revisit 1939 more clearly and to see it with more context and perspective after 30 years. This is a chapter about expectations, about luck, about brotherhood, and about the fragility of all of those things. In Days of Life and Death and Escape to the Moon, Saroyan wrote, “The beauty of a city is frequently not really beauty at all, but a cherishing of the odds and ends of places which are in reality disproportionate, lopsided, and wrong, but deeply real, and therefore beautiful. Dublin has that beauty.”