The Slaughter of the Innocents (1952) 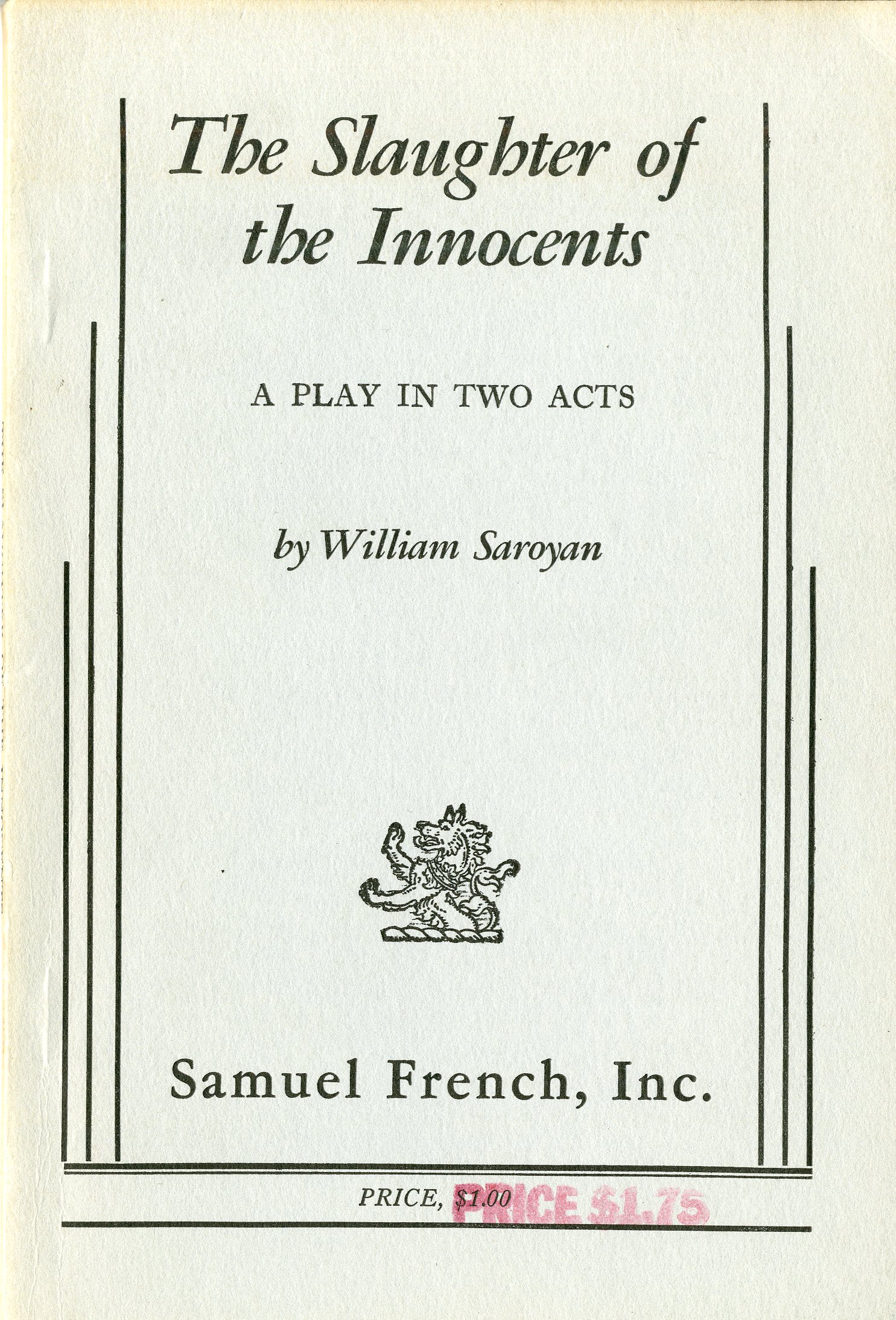 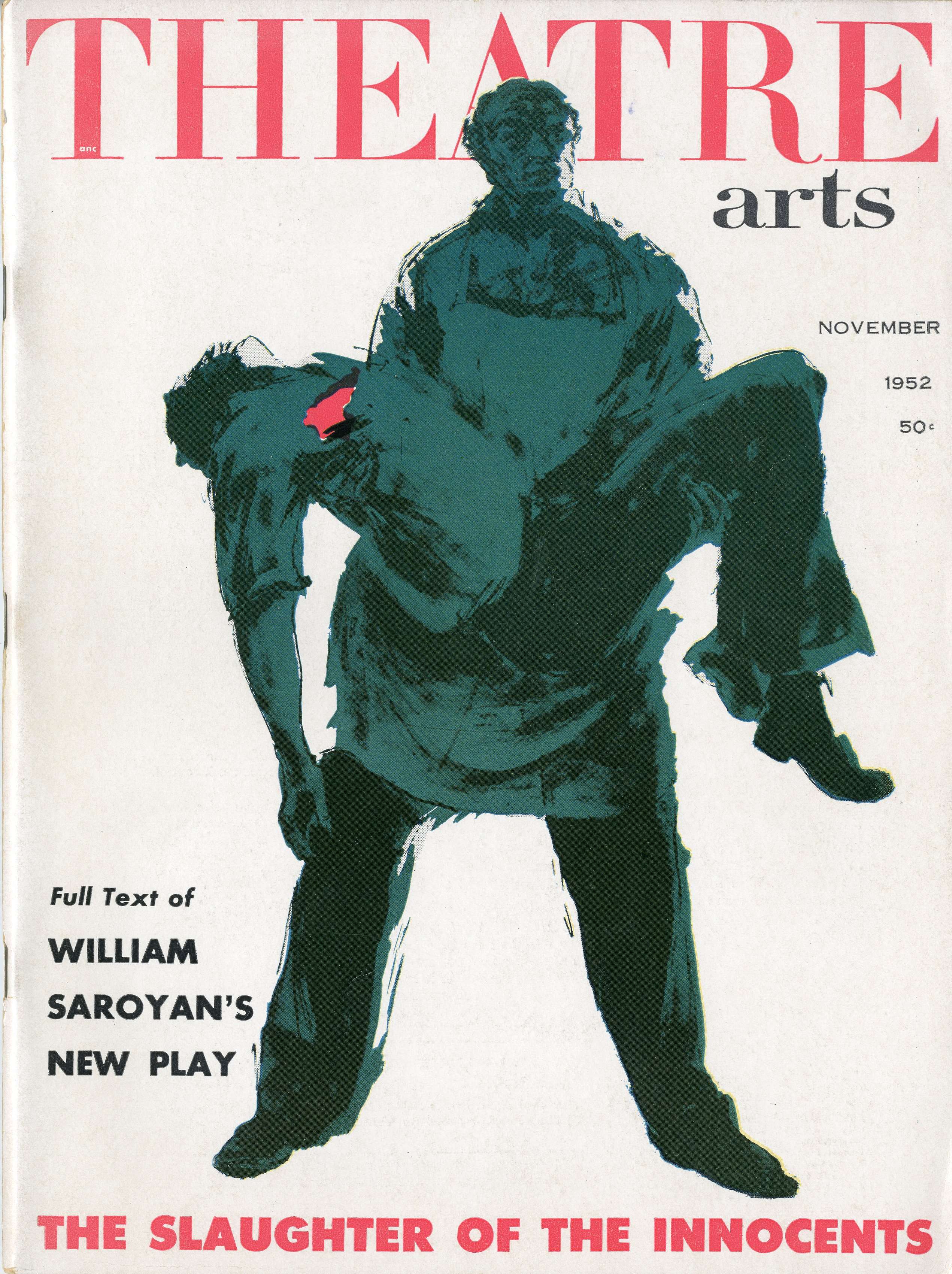 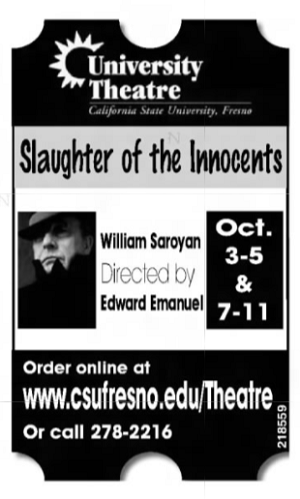 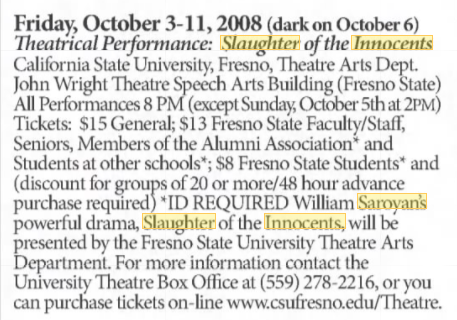 Rarely performed, it was first published in the November 1952 issue of the British magazine Theatre Arts.

Prior to the American premiere in 1957, Saroyan stated the play had been performed in Germany, France, Holland, and Ireland.

Vanessa Brown, actress best-known for her work on Broadway in plays such as The Seven Year Itch, founded the American Acting Company in 1956, and The Slaughter of the Innocents was to be their first production, but the play was not produced. It would not appear on the West Coast of the US until 2008 when the William Saroyan Festival staged a version in Fresno.