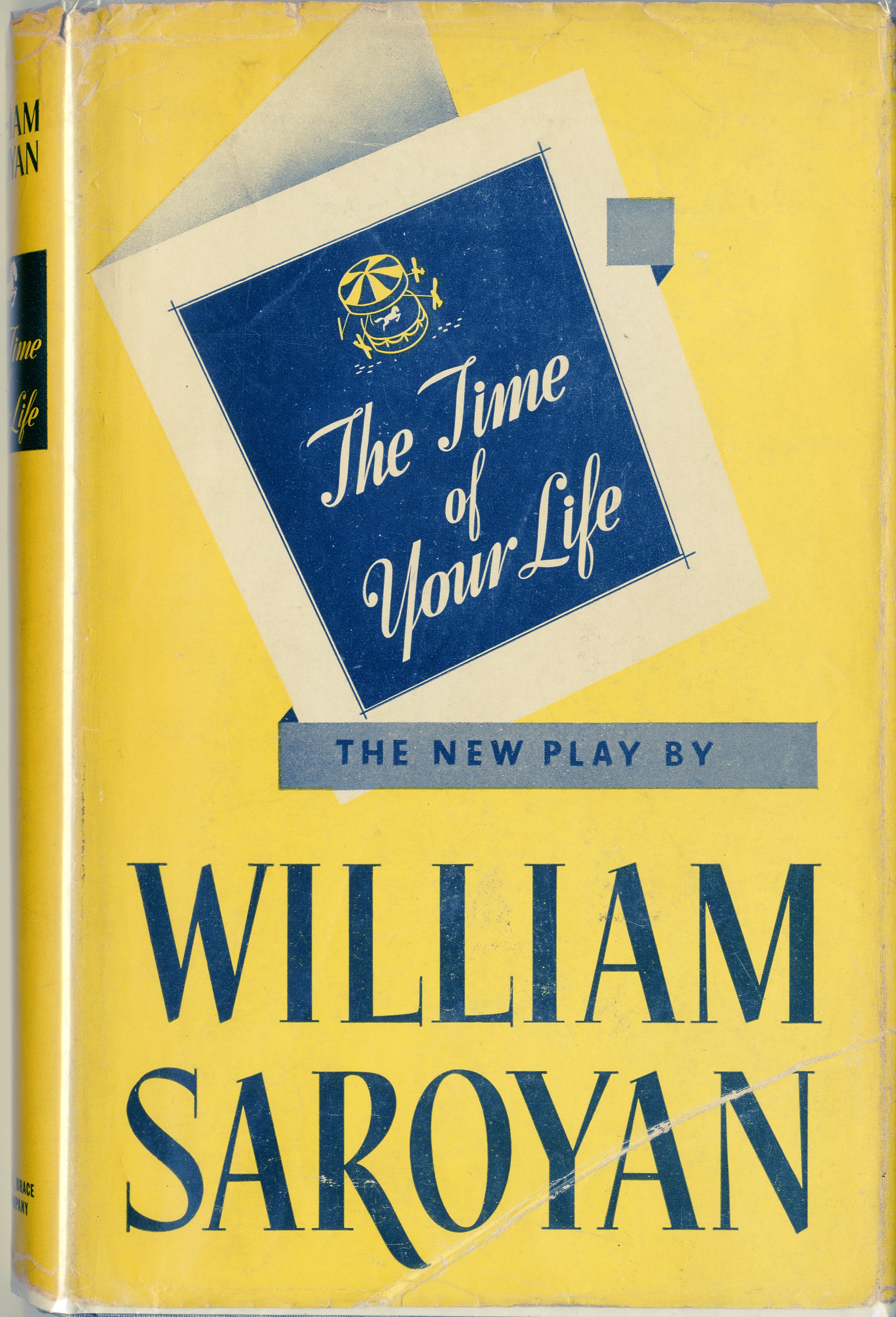 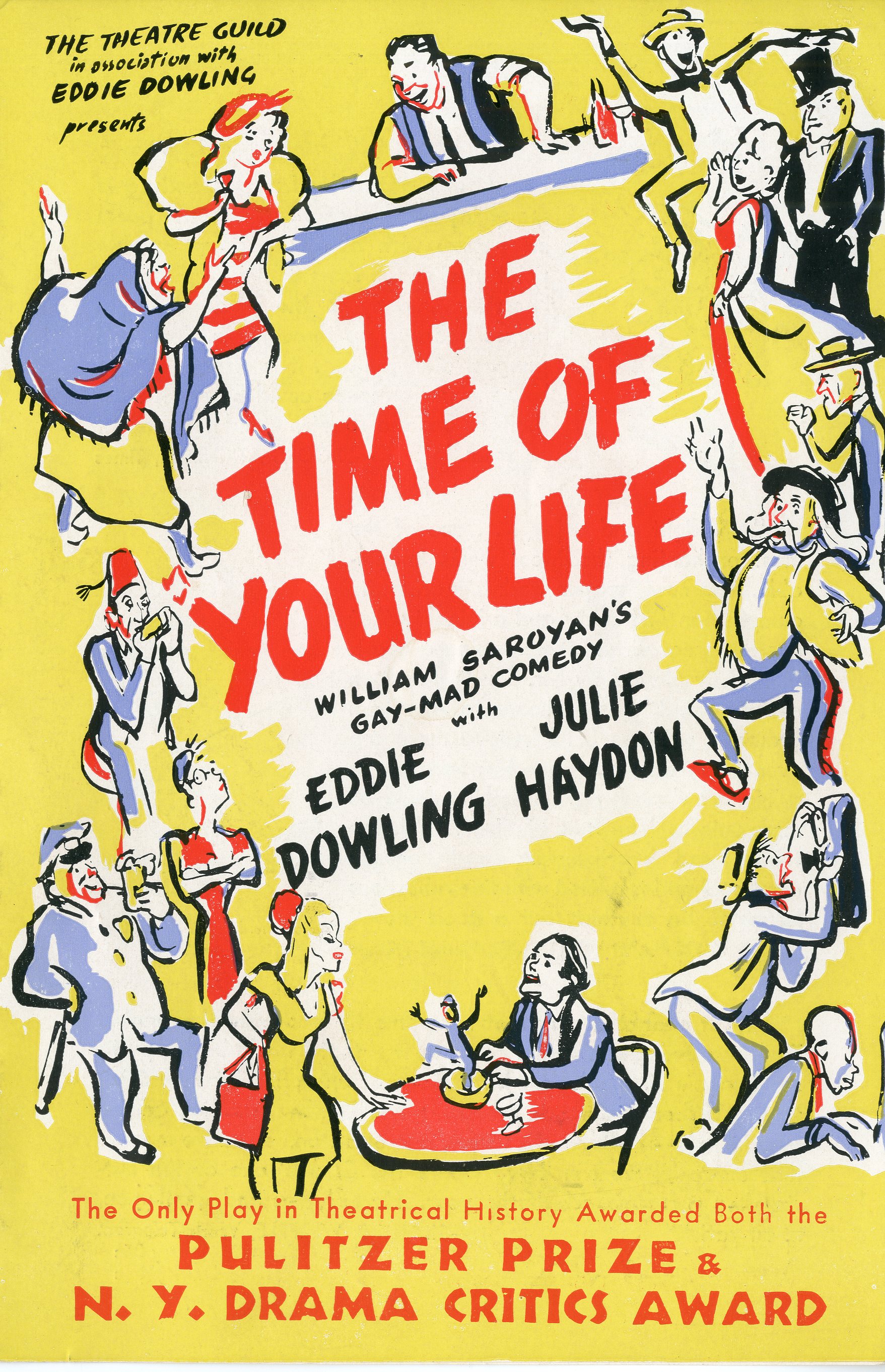 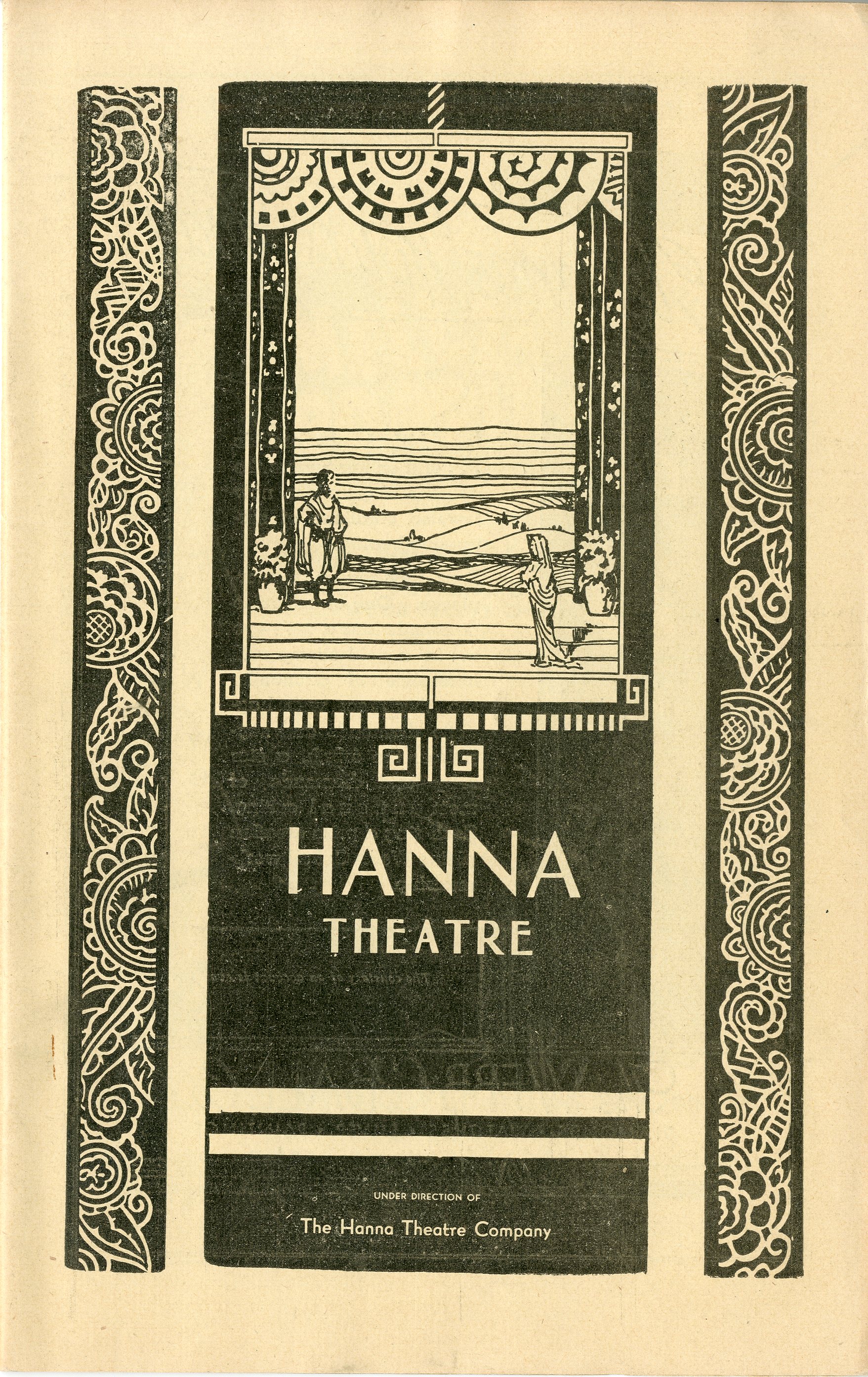 The setting for the show is Nick's, a bar based on Izzy Gomez's in San Francisco. 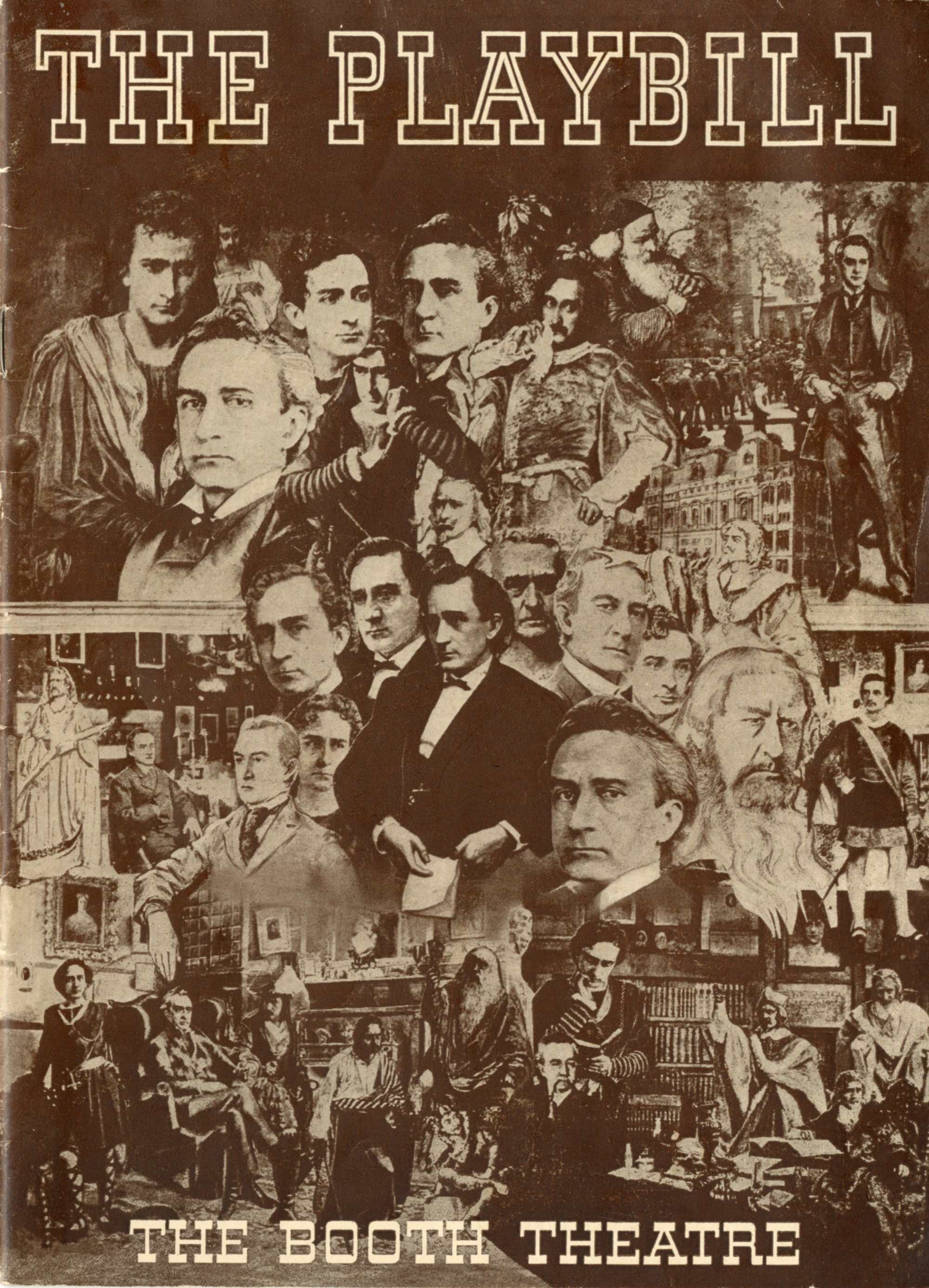 Made into a film in 1947, directed by H.C. Potter, produced by William Cagney, and starring James Cagney, his sister Jeanne Cagney as Kitty, and William Bendix as Nick.

New York revivals took place in 1940 (September 23 to October 19th) at the Guild Theatre, 1969 (November 6th to December 20th) at the Vivian Beaumont Theater, and 1975 by The Acting Company (October 28th to November 1st) at the Harkness Theater.

The Theatre Guild on the Air produced The Time of Your Life in 1947, with Dane Clark, Mary Anderson, and John Lund in 1947.

Broadway legend Patti LaPone made her television debut in Theatre in America's production of The Time of Your Life, alongside Kevin Kline. 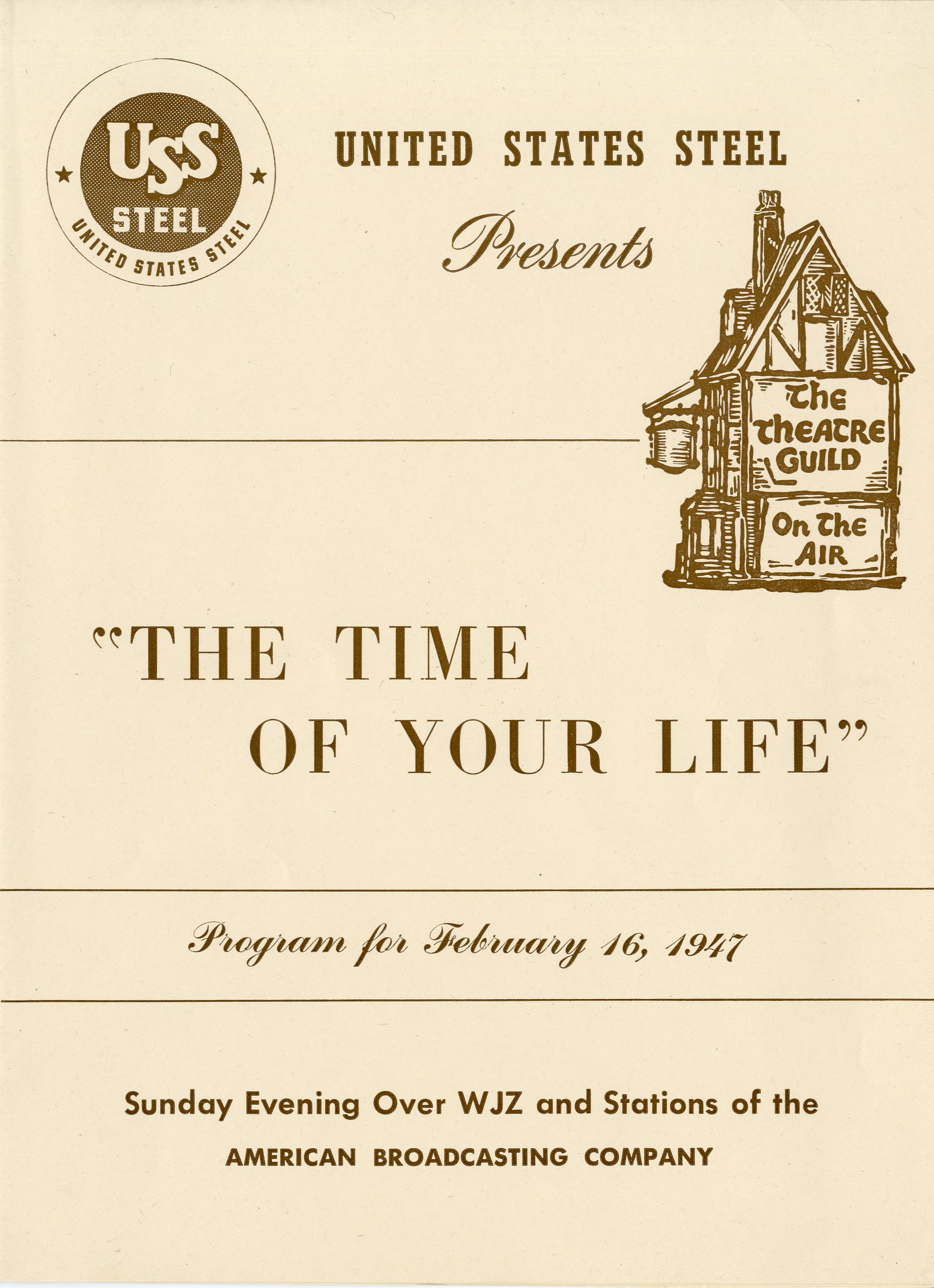 The Time of Your Life was recorded at the Brussels World's Fair in 1958 with Francot Tone as Joe. The play was broadcast in the UK on Armchair Theatre on October 19, 1958

The Marines' Memorial Theater Group produced the first version of The Time of Your Life to be presented in San Francisco in August, 1948. Saroyan, then living in San Francisco, was invited, but did not attend. 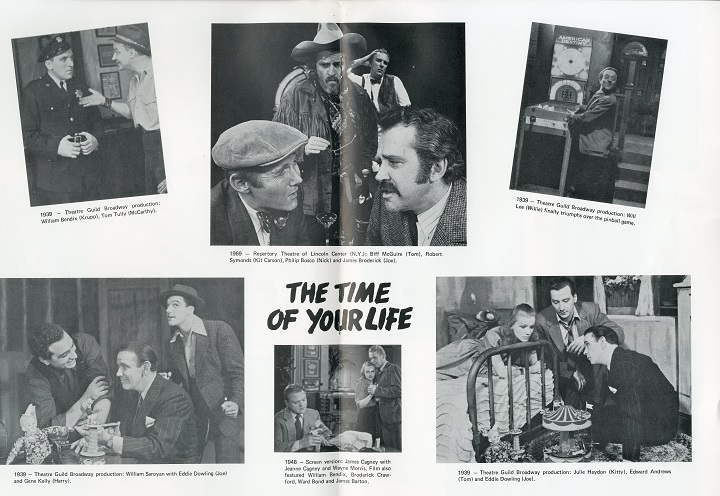 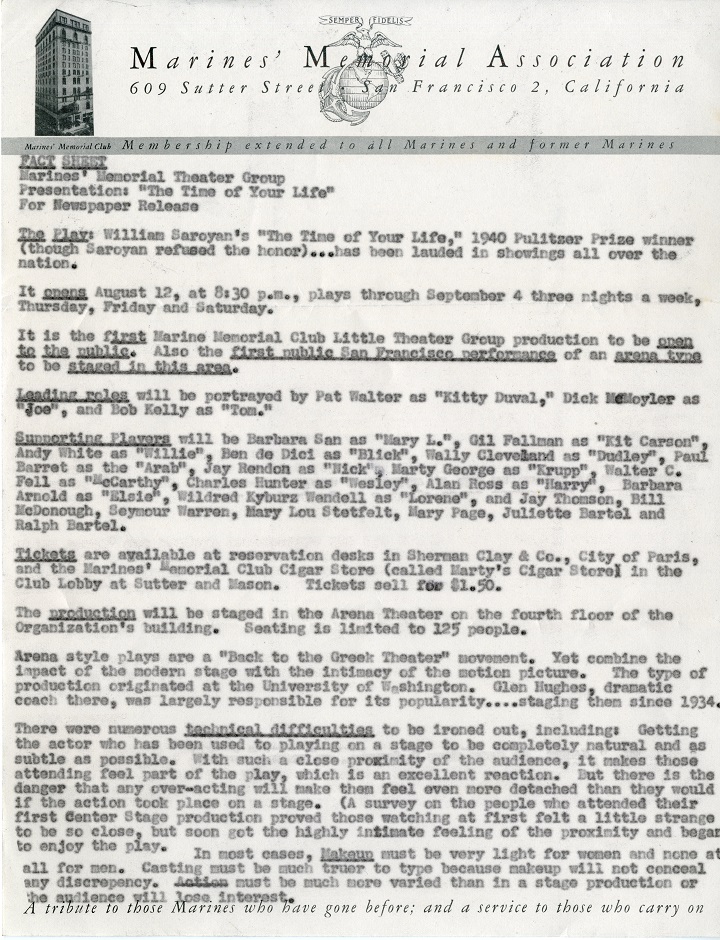