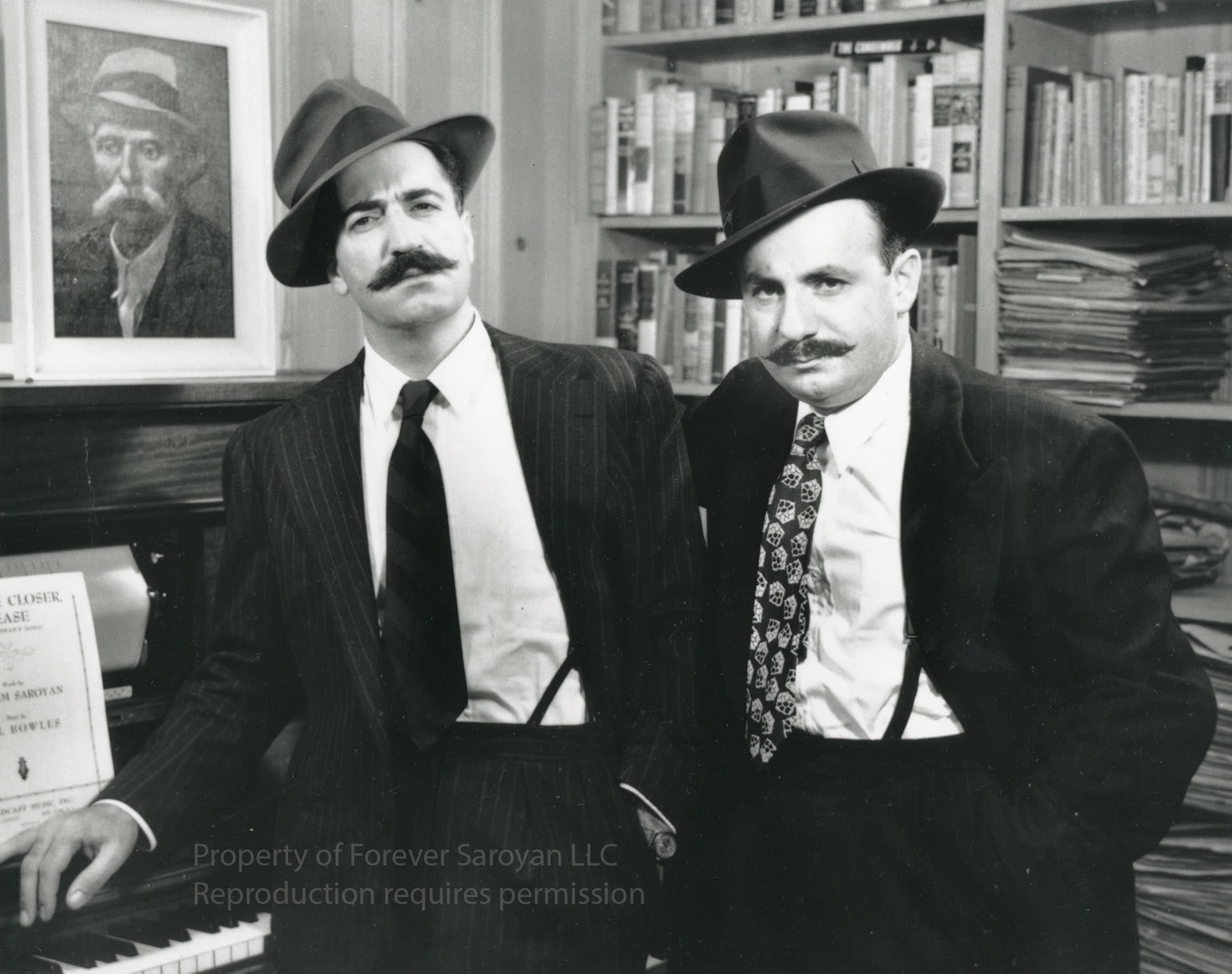 San Francisco, CA — WILLIAM SAROYAN was a legend of 20th century letters. Writing about the immigrant experience and the human condition, Saroyan’s prose is just as accessible and relevant today as it was when he wrote it in the mid-20th century. Born in 1908 to Armenian immigrant parents, Saroyan would win the Pulitzer Prize for Drama for his play The Time of Your Life, the Academy Award for Best Story for The Human Comedy, and would influence authors as varied as Jack Kerouac, Stephen Fry, Kurt Vonnegut, and Peter Coyote.

Forever Saroyan, LLC, is proud to announce the opening of WILLIAM SAROYAN, a major exhibition of Saroyan’s artifacts, art, and words at the Arion Press Gallery, the first exhibition of Saroyan paintings and artifacts in San Francisco this decade. The exhibition traces his life story from his birth in Fresno, through his early career as a writer in San Francisco, his relationship with Grabhorn Press, his rise in the literary world, his contemporaries and family, as well as his most important literary and theatrical works. The exhibition will also feature a rare look at the art and writing of Saroyan’s cousin, Archie Minasian, through his books, poems, and watercolors. 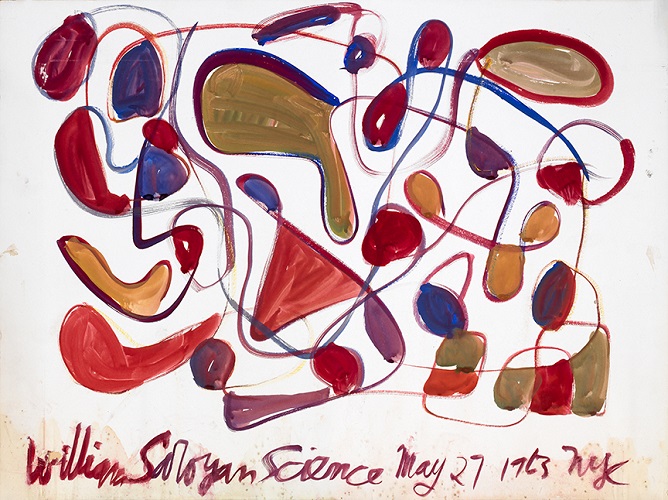 Saroyan created art throughout his life, beginning with geometric pencil drawings in the late 1920s and early 30s. These works, often drawn on stationary, reflect the Art Deco architecture and design of the time. By the late 1950s, he was creating watercolors and ink drawings. The forms he painted, line-based with an expressive color palette, were Abstract Expressionist in nature, exploring form and color theory while still maintaining a constrained presentation that spoke of his earlier works. Some scholars point to his friendship with Manuel Tolegian, former travel partner of Jackson Pollock, as being key in helping define new styles in expressive painting.

The exhibit has a soft opening on January 8th, 2023 from noon to 4pm, and will be open weekdays from 9am to 5pm, from January 16th through February 24th. The Arion Press Gallery is located at 1802 Hays Street, The Presidio, San Francisco, CA 94129, United States. Forever Saroyan will be providing guided tours every other Thursday starting on January 26th, 2023, and can also arrange special tours. Please contact Christopher Garcia () for more information.

Note: We've had to eliminate the January 12th tour date.

Forever Saroyan, LLC, was founded by Saroyan’s cousin, Charles Janigian, to preserve, protect, and honor the memories and legacies of the Saroyan and Minasian families. Although this is a privately funded family archive, we make our unique materials available to the world via our website, www.foreversaroyan.com and local exhibits, so that the next generation of scholars and enthusiasts will study and write about Saroyan and his family. WILLIAM SAROYAN was curated by Dori Myer and Chris Garcia. For further information or photos, please contact Chris Garcia –