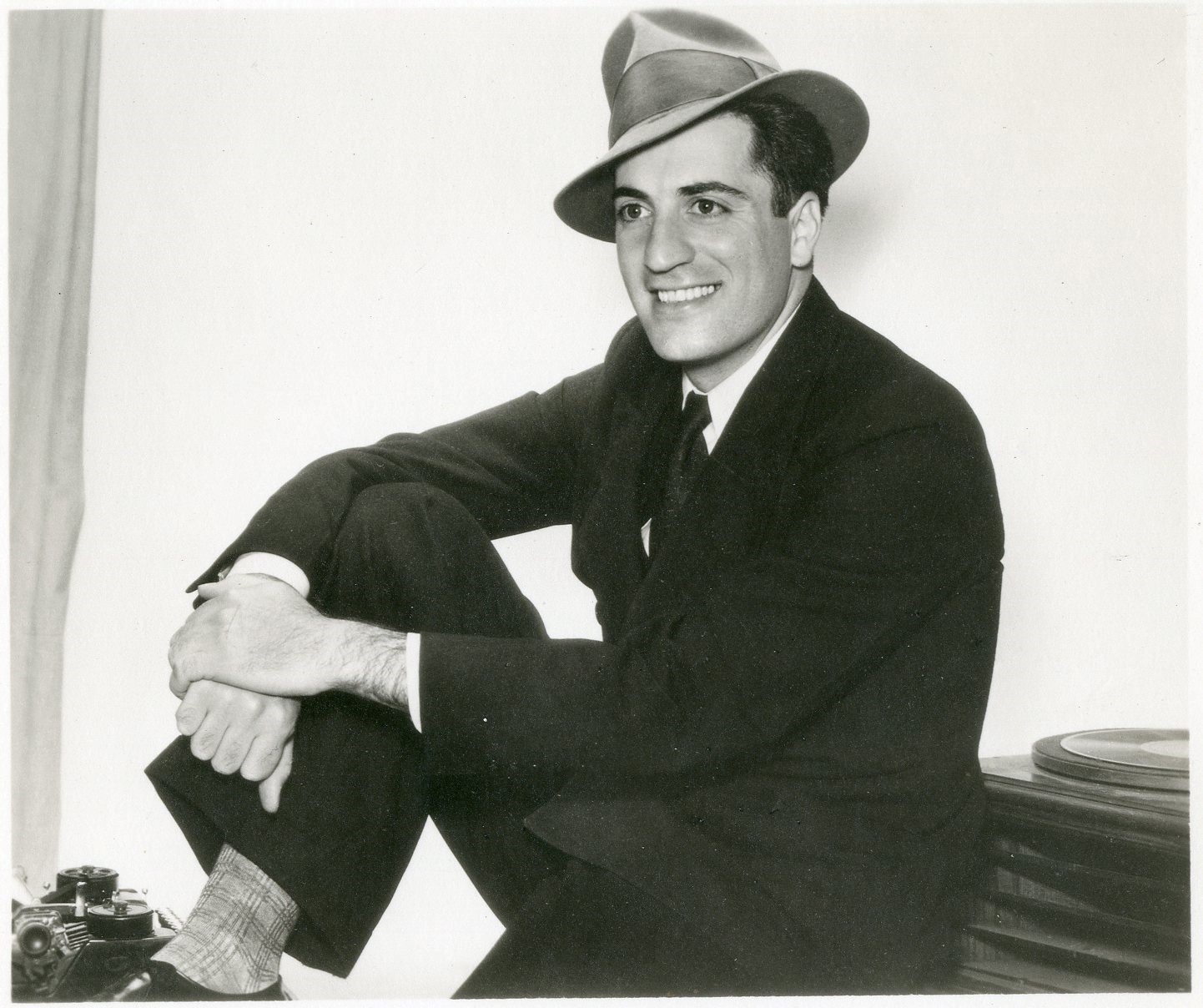 O’Brien and Saroyan played in different literary arenas. Saroyan, known for his optimistic realism and character insights, contrasts brightly against O’Brien, surrealistic and impressionistic with a side of cheery cynicism.  In 1939, both were riding high on their publishing fame. Saroyan had published 8 books, and his short stories and essays were in the most widely-read magazines in the US and abroad. O’Brien was riding high on the publication of his first novel At Swim -Two- Birds, considered today as a masterpiece and one of the most important novels in the development of metafiction and post-modern literature. These works were not the only areas you’d see their writing. O’Brien wrote under various names, especially in letters to The Irish Times, which would later hire him as a columnist under the pseudonym Myles na Gopaleen. In 1939, Saroyan had begun his Broadway career, with The Man with His Heart in the Highlands and The Time of Your Life both in production that year.

Saroyan liked to reward his successes by treating himself to a long trip. Following the publication of The Daring Young Man on the Flying Trapeze, Saroyan headed to Europe, eventually penetrating the continent as deep as Yerevan and Moscow, though he was denied a visit to his ancestral hometown of Bitlis due to not possessing the proper visa. With the success of his entry into the theatrical world, he traveled again to Europe, this time starting in the Irish capital – Dublin. Home to Trinity College, as well as a thriving literary community that included critic and short story specialist Seán Ó Faoláin, playwrights Christine Longford and George Shiels, and poets Louis MacNiece and Ewart Milnes, it was a natural starting point for William, always interested in finding the next big thing.

And in Dublin in 1939, it was Flann O’Brien who was drawing the most attention from fellow writers as the new literary sensation. His work, ground-breaking as his countryman James Joyce had been years earlier, was changing the conversation about what was possible in Irish literature. On the trip, Saroyan met with many of the significant Irish writers of the day, and later maintained correspondence with several, notably O’Faolain, Niall Montgomery, and Donagh MacDonagh, along with O’Nolan. Brian and Bill had a lot to talk about, from their own writing production to the war raging throughout Europe. They kept in correspondence in 1939 through 1940 and beyond. 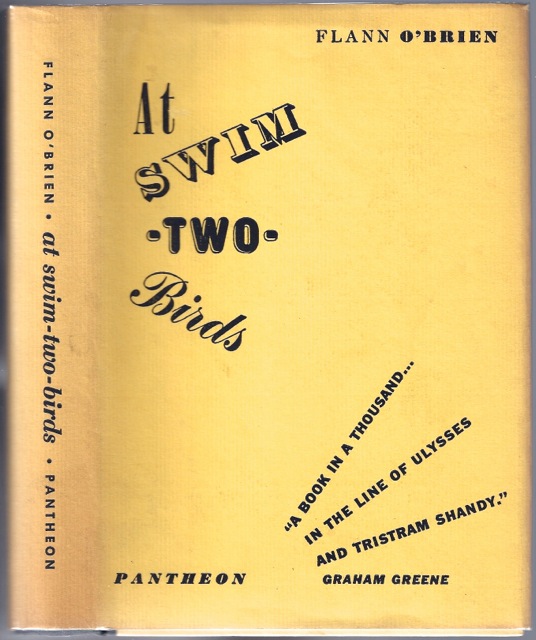 “After writing The Time of Your Life (in the spring of 1939) I went to Dublin,” Saroyan noted in the introduction to Sweeney in the Trees, “as I had long planned, and there I met a number of young Dubliners, poets and writers, one of whom, Flann O’Brien, revealed to me the original title of his first novel, At Swim Two Birds, had been Sweeney in the Trees.”

Saroyan, learning the original title, took to writing a play of that name. He noted “If no message other than the one of Sweeney in the trees had come to me in Dublin, my visit would have been all that I could ever have imagined it might be, and Flann O’Brien was no less that year than James Joyce in Dublin twenty years before.”

Saroyan sent a telegram asking if O’Nolan would mind him borrowing the title for a new play. O’Nolan responded with a telegram of his own – “Go ahead, and more power to you.”

Saroyan wrote that he had completed it in the last days of 1939. The play had a difficult time finding a publisher, not to mention a production. Sweeney in the Trees was published alongside The Beautiful People and Across the Board on Tomorrow Morning in 1941.

“No play by me may be said to have been performed unless I direct it. This I learned during the summer of 1940 when three of my plays were produced in summer theaters.” Saroyan wrote in , and later mentioned, “Mr. T. C. Upham of the Cape Theatre, Cape May, N.J., made an admirable attempt to present Sweeney in the Trees during the week of August 27, 1940.

During the period of their correspondence, O’Nolan was busily working on what would become his most famed work internationally – The Third Policeman. This avant garde and highly-influential work is noted for its combination of surrealism and the fantastic, though he might have seen it slightly differently.

“I’m writing a very funny book now about bicycles and policemen and I think it will be perhaps good and earn a little money quietly.”

His prediction would be correct, taken on a longer time-scale. The Third Policeman was not published until after O’Nolan’s death, though it has quickly become his best-known work world-wide, appearing as pop cultural references in shows like Lost. At the time, O’Nolan seemed to sour on the piece after his initial enthusiasm.

“I don’t think it is much good, and haven’t sent it anywhere, yet. The only good thing about it is the plot and I’ve been wondering whether I could make a crazy Saroyan play out of it.”

Saroyan encouraged O’Nolan to turn the book into a play. It would eventually find its way to the stage, but not until Eamon Morrissey adapted it in 1974, six years after O’Nolan’s death.

Perhaps the best-known anecdote about the pair was that of a fifty dollar bet. Saroyan, a known gambler, was so taken with At Swim Two Birds that he made a bet with O’Nolan; if he would send it to New York publishers, one of them would quickly snap it up for publication. This, sadly, was not to be.

Saroyan made good with the bet, instructing literary agent Pat Duggan to write a check to O’Nolan for 50 pounds. O’Nolan, himself both a drinker and a gambler, responded to Duggan after receiving the check.

“It’s paid on a crazy bet and I wouldn’t be happy if I bought booze with it in the ordinary way. Now, I’ve had an idea. I’m buying Irish Sweep [The Irish Hospitals' Sweepstakes lottery, Ireland’s first legal lottery, begun in 1939] tickets with it, the £30,000 to be divided between myself and Bill with maybe a cut for yourselves in the ordinary way of business. My idea is to ride in on Saroyan’s luck.”

Sadly, even with Saroyan’s luck, their horse didn’t come in.

While the correspondence between the two appears to end in the early 1940s, both would have great periods of productivity and success following their interactions. O’Nolan would publish four more books in his lifetime and become a regular writing for The Irish Times. Saroyan’s career would never quite hit the financial high-water mark of 1934 through the end of the 1940s, but he would continue putting out compelling work until his death in 1981. Perhaps the most interesting connection between the two might be how they are identified with their places – Saroyan with Fresno, and O’Brien with Dublin. Though the two are far apart in genre and technique, both infused their work with their hometowns. Two writers so thoroughly imbued with their sense of place might well be of the type that want to explore the outer-reaches, times and places they may never get to. O’Brien was not nearly the traveler that Saroyan was, but in his writing, went much deeper into realms that were not of his time and place. Saroyan, who traveled consistently, was far more rooted in times, places, and scenarios that rung of his real world and life experiences. Perhaps they were two sides of the same coin, though it is certain, if that coin was flipped, they’d both place a bet on which side would come up. 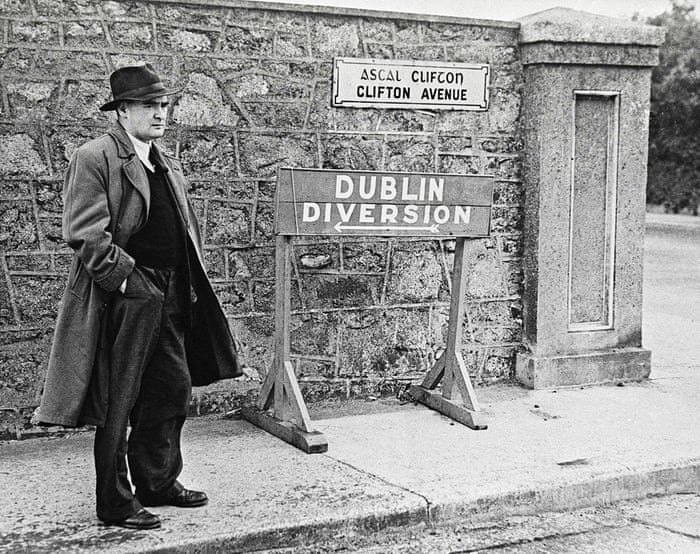 Special thanks to Pádraig Ó Méalóid for his assistance. For more on the letters between Brian O’Nolan and William Saroyan, look to The Collected Letters of Flann O’Brien, edited by Maebh Long, 2018