From August 1st through September 30th, 2022, Forever Saroyan, LLC, presented a very special exhibit: William Saroyan - The Painted Word. This exhibition, hosted at the Saratoga Library, featured paintings, posters, and awards from the remarkable life of William Saroyan, covering his time as an author, playwright, painter, and composer. The works featured included pieces that had previously not been shown publically from the Forever Saroyan collection, including these drawings from the early 1930s created on the stationary of Vanity Faire Florists in San Francisco. 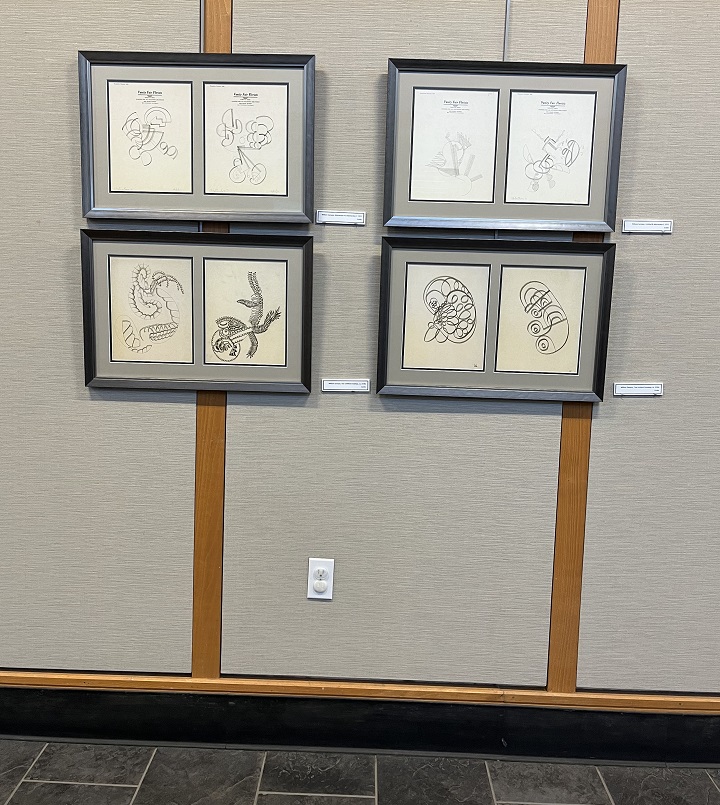 The exhibit featured more than a dozen giclees of Saroyan's paintings from the early 1960s, a period of incredible productivity for Saroyan, who sometimes created a dozen or more of these works in a single day. These pieces, Saroyan's best-known, demonstrate his awareness of lyrical abstraction and Abstract Expressionism, as well as remarkable control of line and color. His work can be seen expressing many of the same ideas as expressed by artists Mark Tobey and Cy Twombly, both working in similar arenas at the same time. 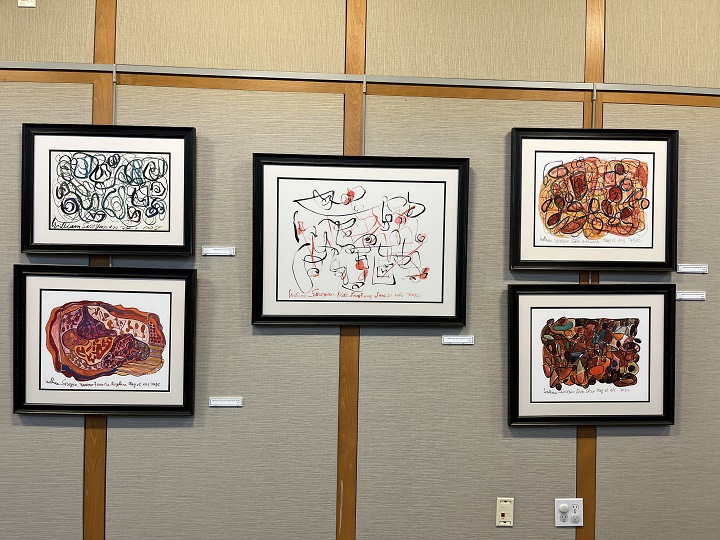 Saroyan's musical contributions were also celebrated. His best-known piece of musical composition, Come On-a My House, was honored by Broadcast Music, Inc, with a special Citation of Achievement in 1951. The song, first a massive hit for Rosemary Clooney, was later recorded dozens of times by artists ranging from Ella Fitzgerald to Louis Prima to Eartha Kitt performing the song in Japanese. 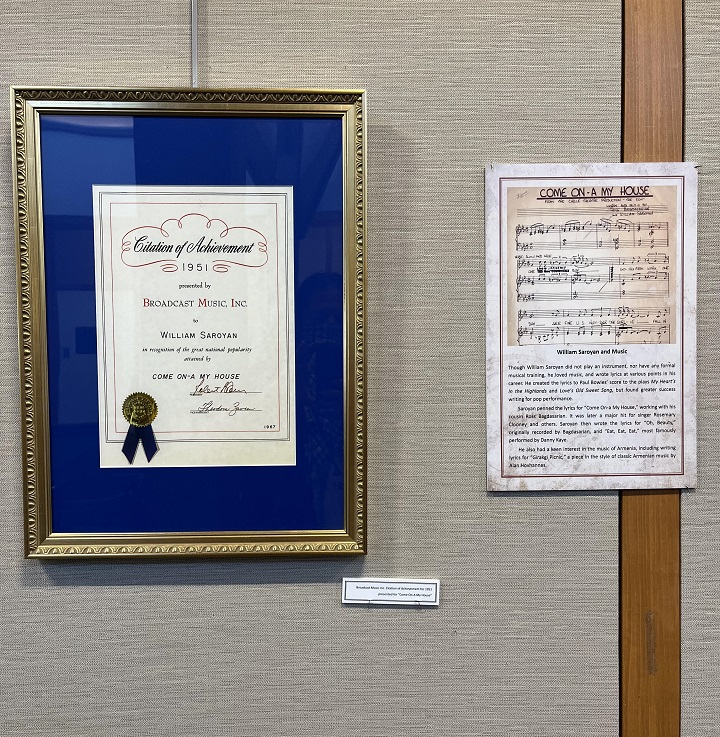 William Saroyan is widely-considered a leading light of American theater during the 1940s. His plays My Heart's in the Highlands, The Time of Your Life, and Love's Old Sweet Song ran on Broadway during one of the periods of incredible growth for American theater. Saroyan's works often opened while plays from the likes of Lillian Hellman, Thorton Wilder, and George Bernard Shaw ran at neighboring Broadway theaters.  His play The Time of Your Life was adapted for film, starring James Cagney, one of the biggest box office draws of the time. 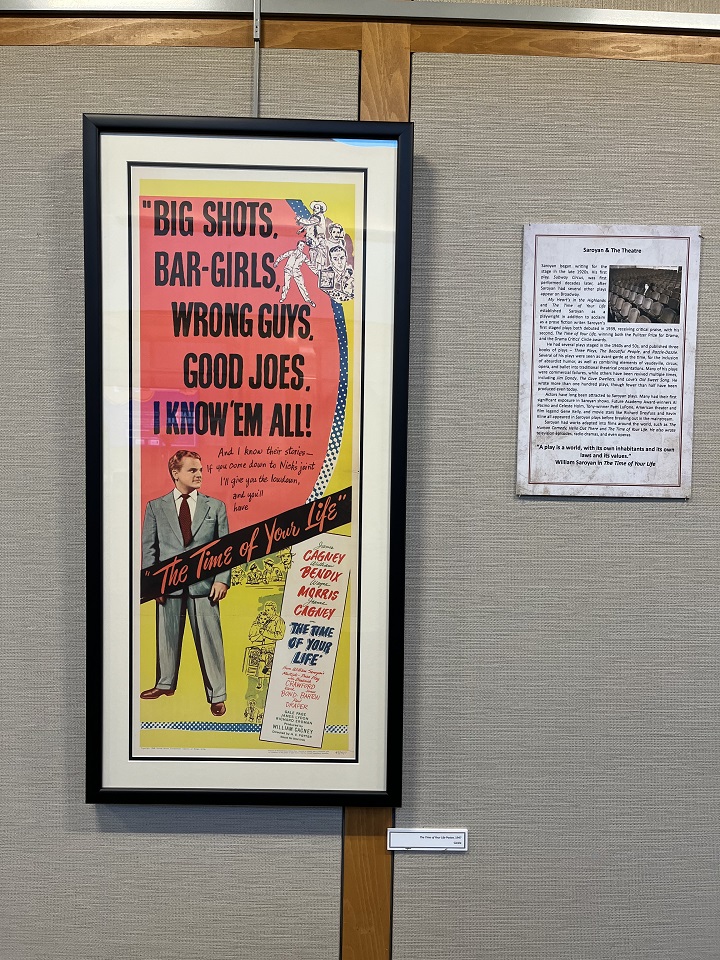 On August 6th, Forever Saroyan hosted Echoes of Saroyan, a talk by author and journalist Mark Arax, winner of both the 2004 California Book Award and the 2005 William Saroyan International Writing Prize. Arax read from both Saroyan's work, as well as his own, before being joined by fellow Fresno author Aris Janigian. Their conversation ranged from the view of Armenians in Fresno during Saroyan's time, the influence Saroyan had on their individual works, to their views of the importance of Saroyan's work through to today.

William Saroyan - The Painted Word was curated by Chris Garcia and Dori Myer. Forever Saroyan, LLC would like to thank Bonnie Stone and the staff of the Saratoga public library for all their assistance and for allowing us to bring these remarkable materials to the community. 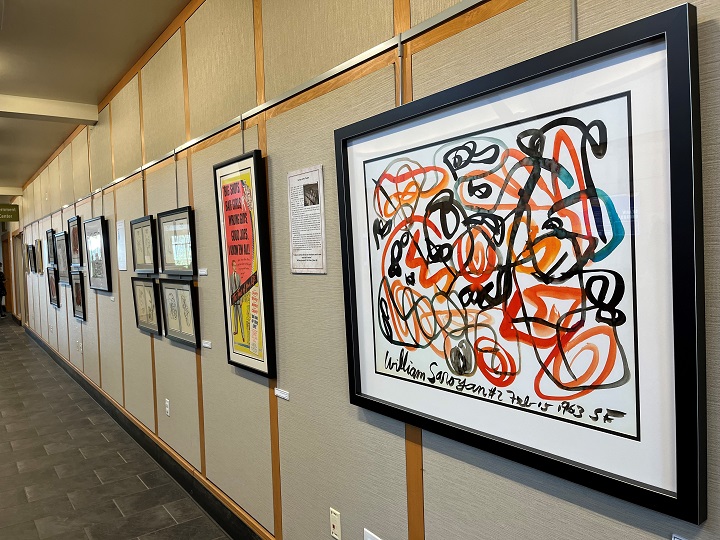